This is the story of Tumbles. This little six-week-old puppy was born with no front legs. A genetic deformity which would have been fatal without the love and inventiveness of his human family. 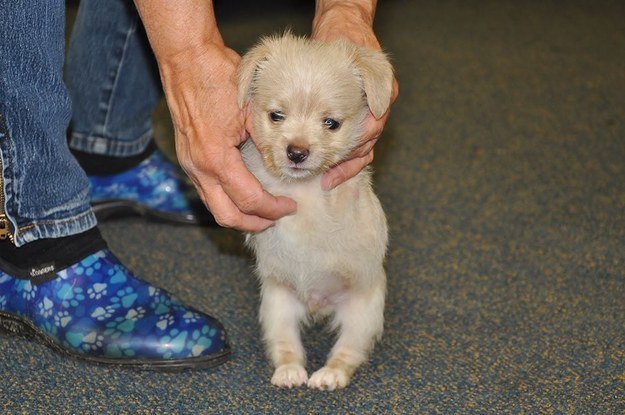 Two weeks after his birth, Tumbles was taken to the shelter Friends of the Shelter Dogs, in Athens, US. Because the poor pup wasn't doing too well. His difficult disability was making it very hard for him to get as much mile from his mother's teat as the other puppies in his litter. The competition was too tough.

Even if Tumbles managed to move about more or less, of course he wasn't up to the same standards as his healthy brothers and sisters who were wrestling for their mother's milk:

The shelter volunteers fed Tumbles with a baby bottle which he found much easier. Angela Marx, the president of the charity which took Tumbles in told the site Buzzfeed :

He was the runt of the litter and so was having trouble competing for his mother’s milk. We decided that he really needed extra special care and to be bottle-fed so he could become strong and healthy. 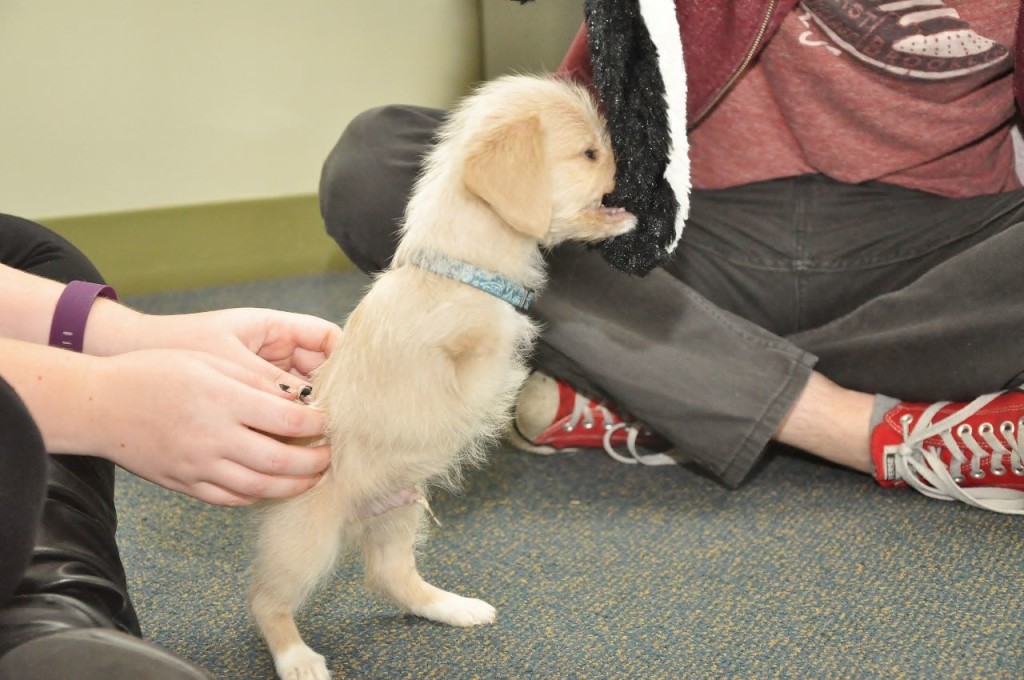 A couple then saw a photo of Tumbles on the charity's Facebook page and it was love at first sight. They got in touch with the shelter with the idea of making the puppy a personalised wheelchair so that he could get around.

[The couple] came up with a design and contacted the Ohio University Innovation Center for help in creating it using their 3D printer.

What a success! Within a few days, Tumbles had got used to the equipment and was getting very good at pottering along with it. 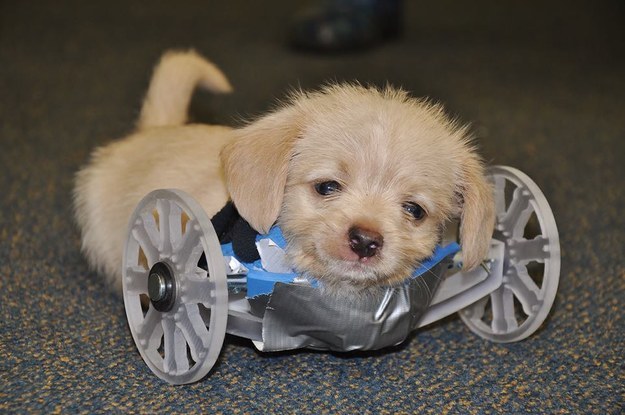 Tumbles has been saved, but he still has a long way to go. Seeing as the puppy is growing up quickly, he will have to have new wheelchairs made specially for him throughout every stage of his growth.

Angela Marx goes on to explain:

It's going to be a long process. He’s a little sweetheart and doesn’t act as if he has any limitations. Since he is so little and still growing he needs to learn how to walk properly. Once the wheelchair is properly fitted he will need to go through physical therapy. 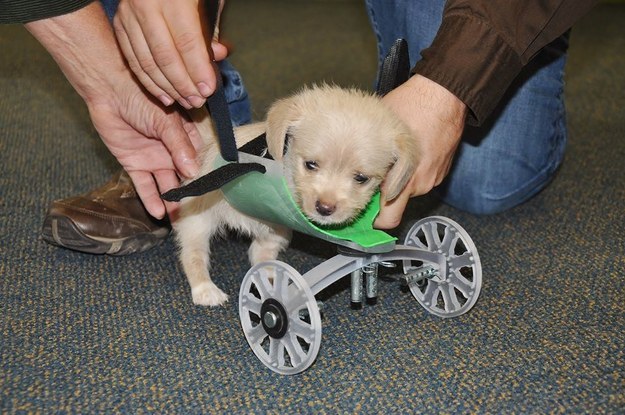 But at the moment, Tumbles makes everyone smile around him. The couple who helped to make Tumbles more mobile with his bespoke wheelchair are now very likely to be taking him home. We wish him well in his new adoptive home!

Watch Tumble take his first steps with the help of his wheelchair here: