1 year old Puppy Iris has had a very rough start to life. Found in a dumpster behind a shopping mall in Raytown, Missouri, she was in such a bad state that her rescuers couldn't tell what breed she was.

Found near death at the end of October, Iris was swiftly taken to Midwest Animal ResQ, a non-profit shelter, where she was found to have a host of injuries and illnesses. As well as appearing to have been beaten, the puppy had mange, infected skin, open wounds and was suffering from blood loss. 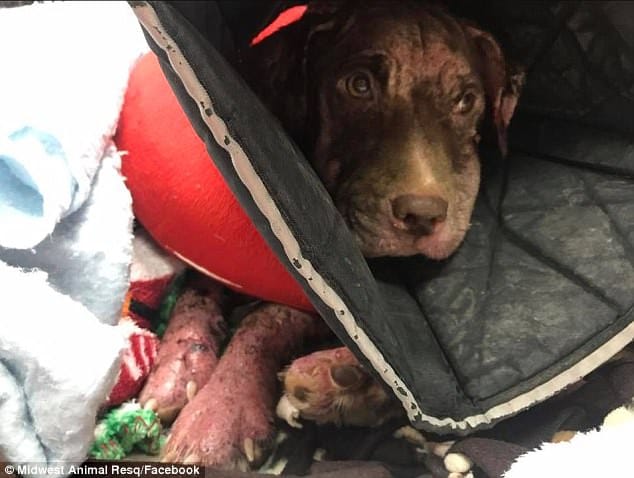 “To get her into the condition she is in now, it took months,” said Erin Morse, the shelter's president. So shocked were staff at her condition that they are offering a $5000 reward for information leading to the arrest of her abuser.

So far, there has been no news, but Morse isn't deterred, determined to get justice for the vulnerable animal:

It’s been proven that there’s a link between cruelty to animals and cruelty to human beings so even if you are not an animal lover, cruelty like this should be concerning. 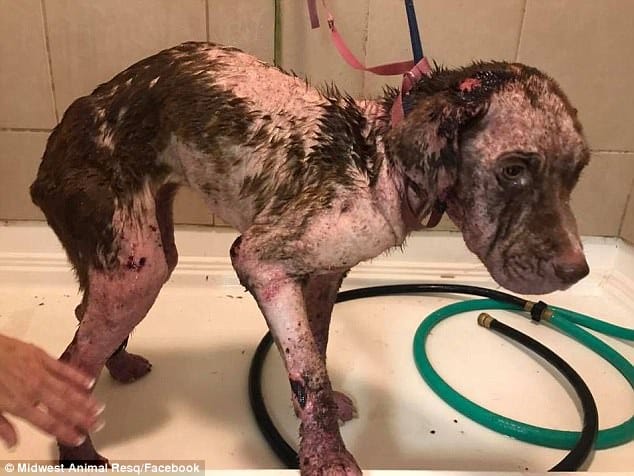 This fact is becoming more and more accepted by the police and the FBI, leading several agencies to reclassify animal abuse from a misdemeanor to a felony, to be tracked alongside incidents such as arson and murder. 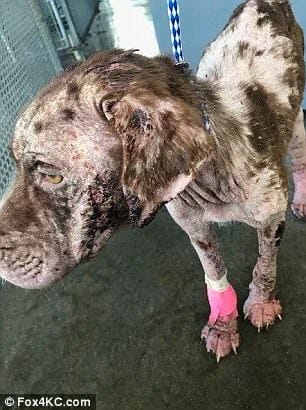 Hundreds of people have donated to help pay for Iris's medical care, touched and saddened by her story. She still has a way to go – her white blood cell count is still low, leaving her open to further infection, and she will need to have a toe amputated – but she has already put on weight and has proved to be a sweet and loving dog.

"Iris has a huge heart," said Adopt Don't Shop KC, a charity that helps encourage adoption and raise money for shelters, in a Facebook post. "Her will to survive is visible when you look into her eyes. All she wants is to be loved…" 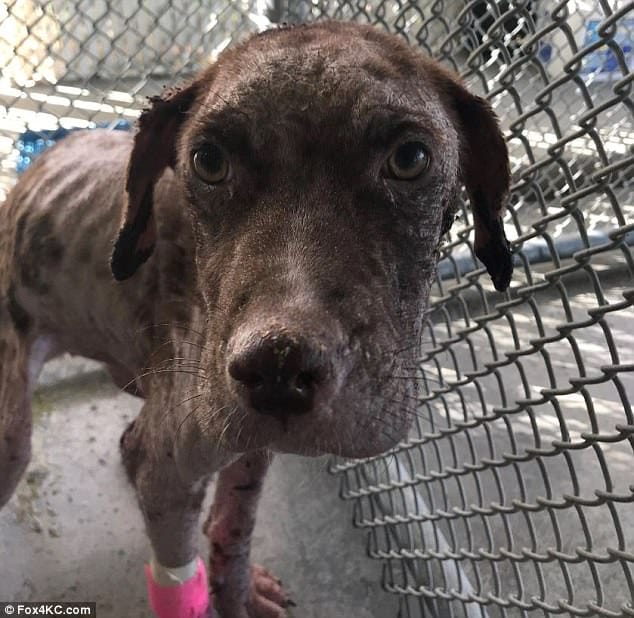 Hopefully, Iris will bloom into a wonderful pet and be adopted by a loving family, who will help her forget her horrific ordeal. You can donate to her care via Midwest Animal ResQ's website. If you have any information on her abuser, message their Facebook page.