When volunteer Brittany Faske at All Dogs Official Rescue Enterprise of Houston, Texas (ADORE), got a call from a construction site on January 21 2015, she could not have been prepared for what she found.

There was a dog nestled within the bushes and the rubbish, hiding from Faske. When she got closer, Faske was horrified to discover that this beautiful dog was almost destroyed. Most of his mouth and nose were missing, and his bones were protruding through his skin. 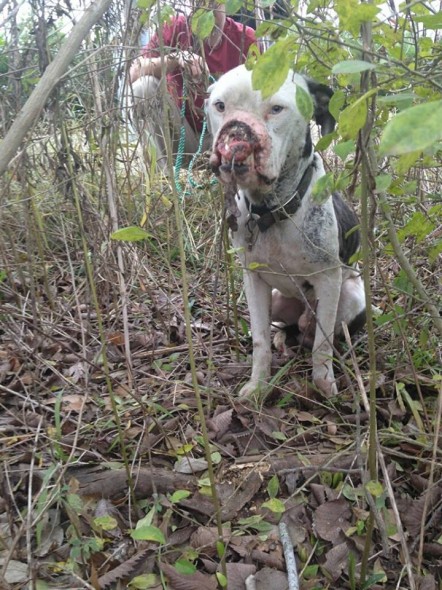 Even worse was the smell. The gruesome injury to the dog's face had clearly become infected. Upon closer inspection, it seemed to Faske that heartbreakingly, this injury had been inflicted on purpose by a human. She told The Dodo:

The cut was so clean and even, it could have only happened with a sharp instrument. It was as if someone had literally taken a knife and cut off the front of his face.

Faske feared it was too late to save the dog, but hoped to at least give him a happier ending. 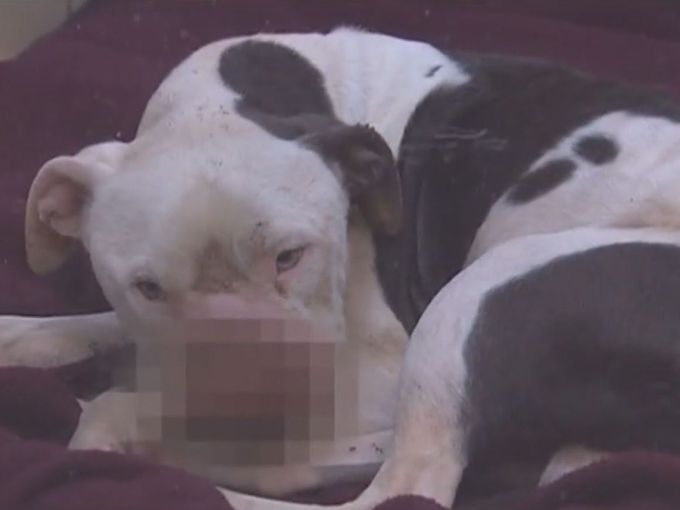 She named the Pit Bull Apollo after the ancient god of healing and medicine. Apollo was put into the car and driven to the vet immediately. He fell straight to sleep in the car, as if he knew that everything would be alright.

The brave dog made it clear that he was a fighter. Despite his injuries, he surprised everyone by walking around quite happily at the clinic and sniffing the other dogs! 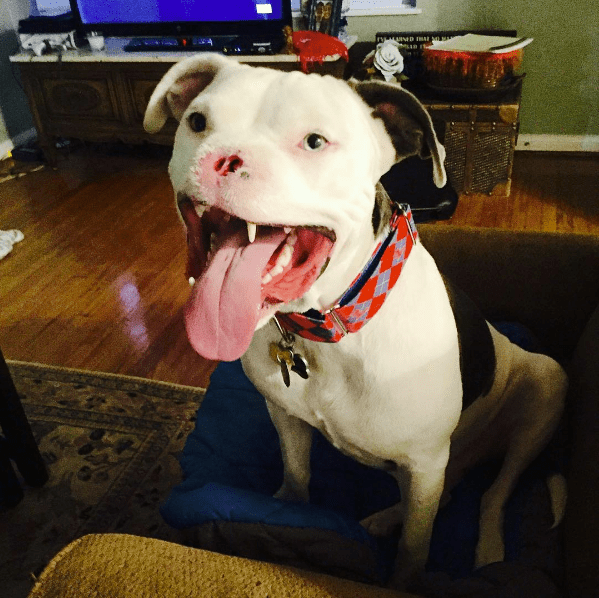 The veterinarian discovered that Apollo had heartworm and was unlikely to survive. But when he was presented with food, Apollo dug in straight away! The veterinarian knew this was a good sign. "From that moment on, we knew he wasn't just another dog", Faske said.

Apollo had emergency reconstructive surgery to protect the rest of his nose and enable him to eat and drink.

Faske had never intended to adopt Apollo, but the pair shared a very special bond. "Deep down, I knew that I wanted to keep him, but just needed to find a way", she said. After his recovery, she took the adorable pup to meet her other two male dogs. 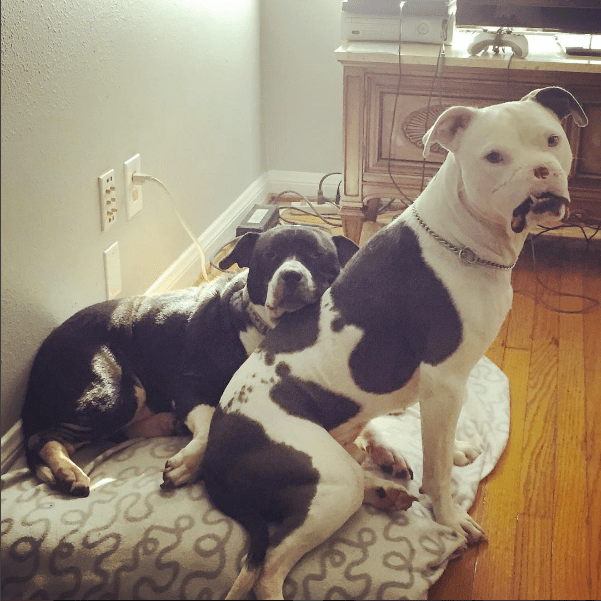 Apollo continued to surprise her: the grumpy older dogs took a shine to him, and Apollo loved being around them too!

Of course, Faske couldn't resist adopting this amazing dog. Since his adoption, Apollo has lived life to the fullest in his forever home, enjoying eating despite his injuries, playing with balls and watching TV with the family! "I've never seen a happier dog", reveals his proud parent. 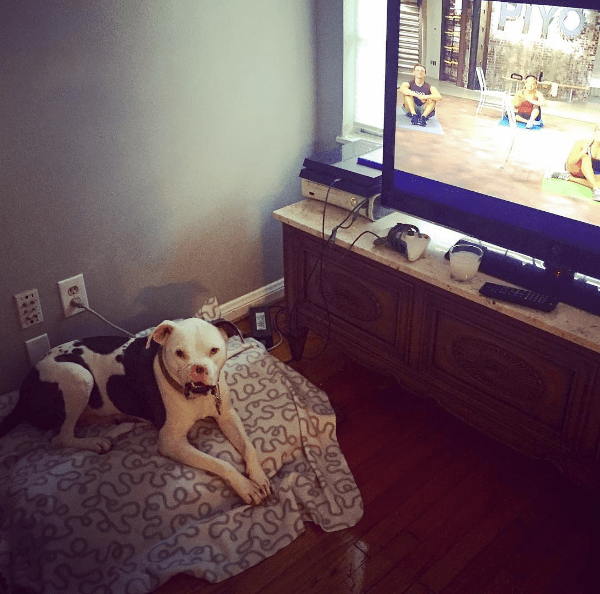 Apollo is also more than happy to attend weekly training classes, helping him to get his confidence back, as well as giving him some quality time with his human!

Apollo has impressed everyone, including ADORE, who have made him their official mascot to help draw attention to animal cruelty and fight for change. He is the perfect example according to Faske: "He seems to have found his calling and has been able to put his cruel experience behind him." 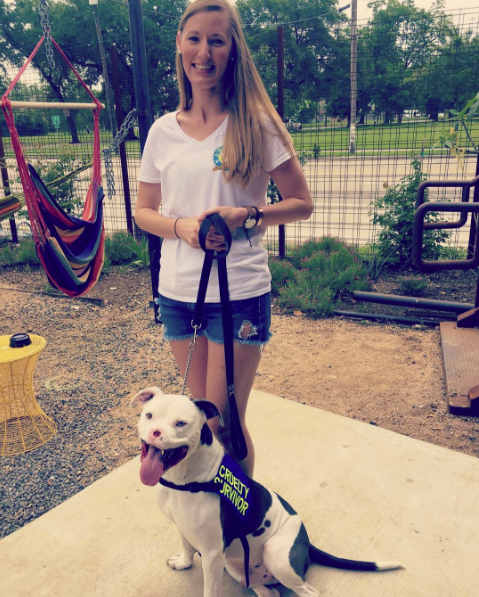 Apollo's happy ending is all thanks to Faske and the ADORE community.

If you live in the Houston area, there are so many more pups out there that you can help, with a simple donation via the ADORE website. Or keep up-to-date with Apollo on ADORE’s Facebook page.