This adorable Pit Bull named Rambo was discovered in the woods in South Carolina, surrounded by animal carcasses, by real estate agent Casey Lawrence on March 23 of this year. 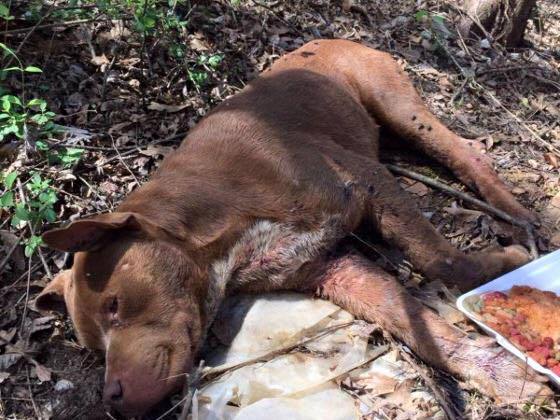 Freezing cold and going into shock, his rescuers at the Every Life Matters Rescue Crew believe that he was cruelly used as a "bait dog" to train fighting dogs. These poor creatures are then abandoned just like Rambo.

Rambo had a lucky escape and was taken to the Baxter Veterinary Clinic to get his wounds treated, later transferred to Charlotte Animal Referral & Emergency (CARE). 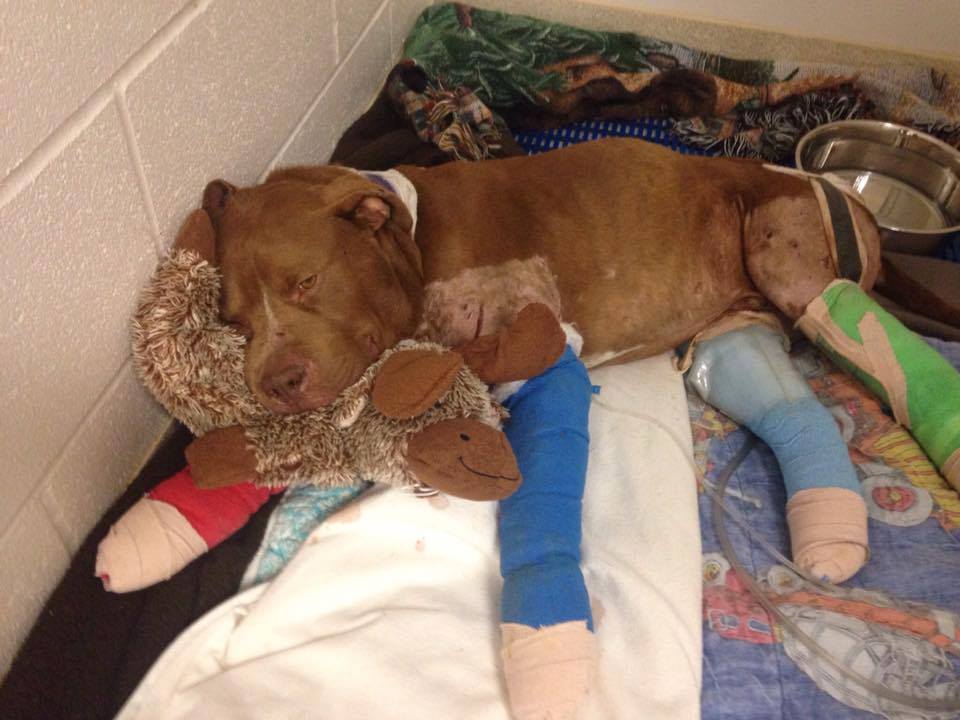 His wounds were so serious that both of his back feet had to be amputated.

But this dog would not give up. Baxter Veterinary Clinic reported in April that 24 hours after the amputation, he was back on his feet. 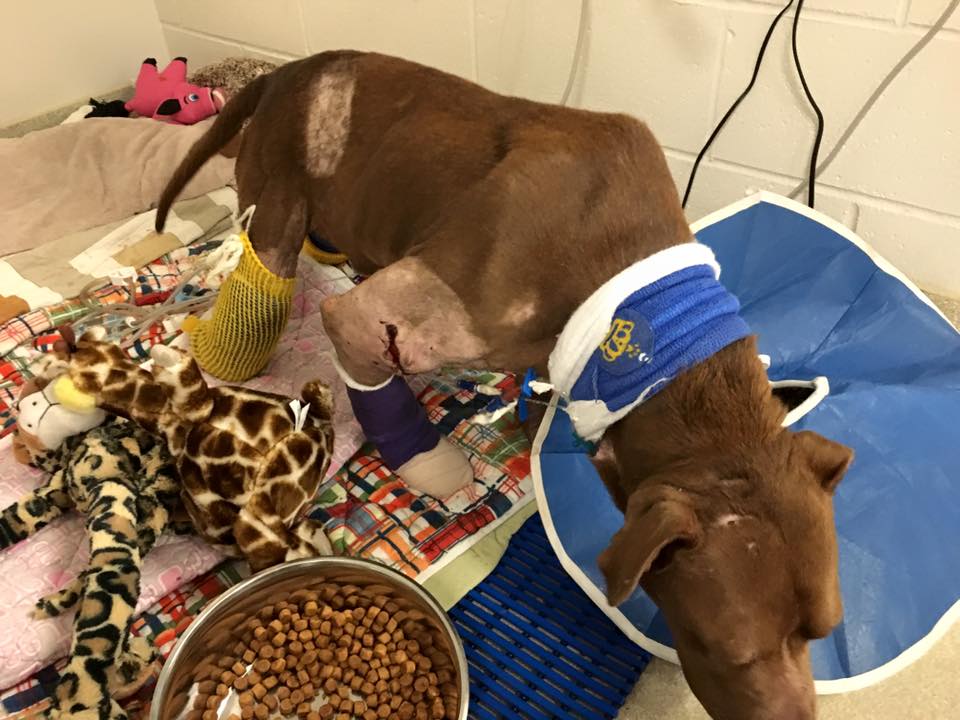 Since arriving at CARE, Rambo has won over the team and has a loyal Facebook following. He is finally getting the loving treatment that he deserves.

He loves cuddling with his favourite moose toys. 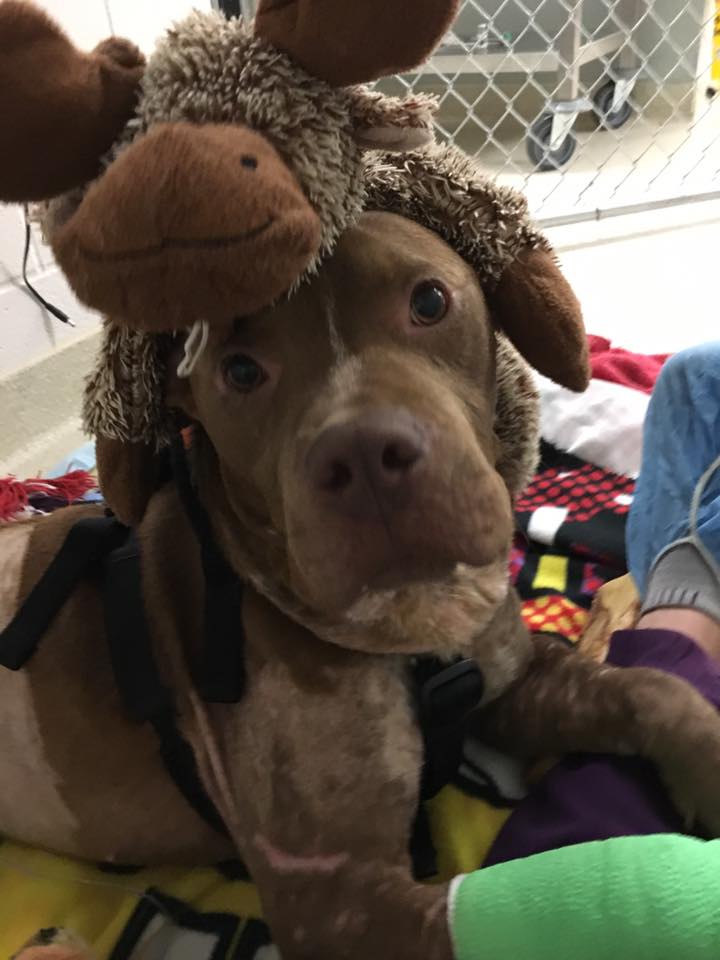 He shows his truly gentle nature when the team at CARE carry him like a baby! 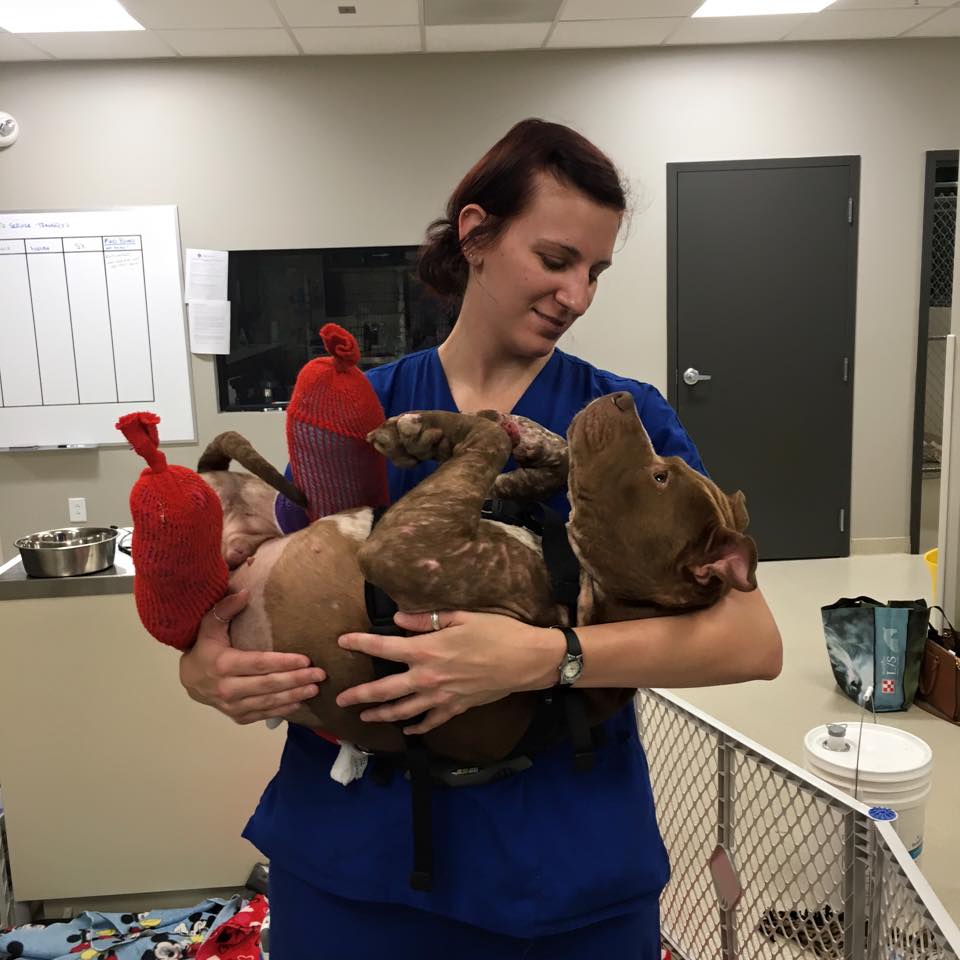 While he was recovering, Rambo got to snuggle up in the sun as he was taken on wagon rides. 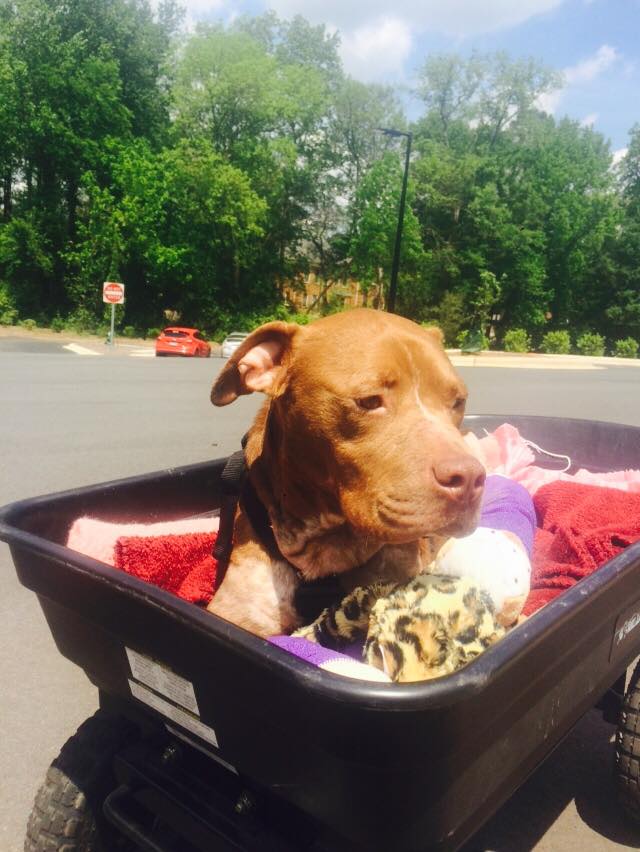 Rambo now has a wheelchair to help him move like a normal dog. Though he only just started using it, Dr. Laura Dvorak tells WCNC that Rambo will learn very soon: "they typically pick up on it pretty quick."

Dvorak says that they are trying to create grafts for the bottom of his leg stubs, so soon he won't need the chair anymore.

Rambo was so adorable that he quickly found a foster family with a new brother! He has most recently spent time enjoying the sun and relaxing in the fields with his new pals. 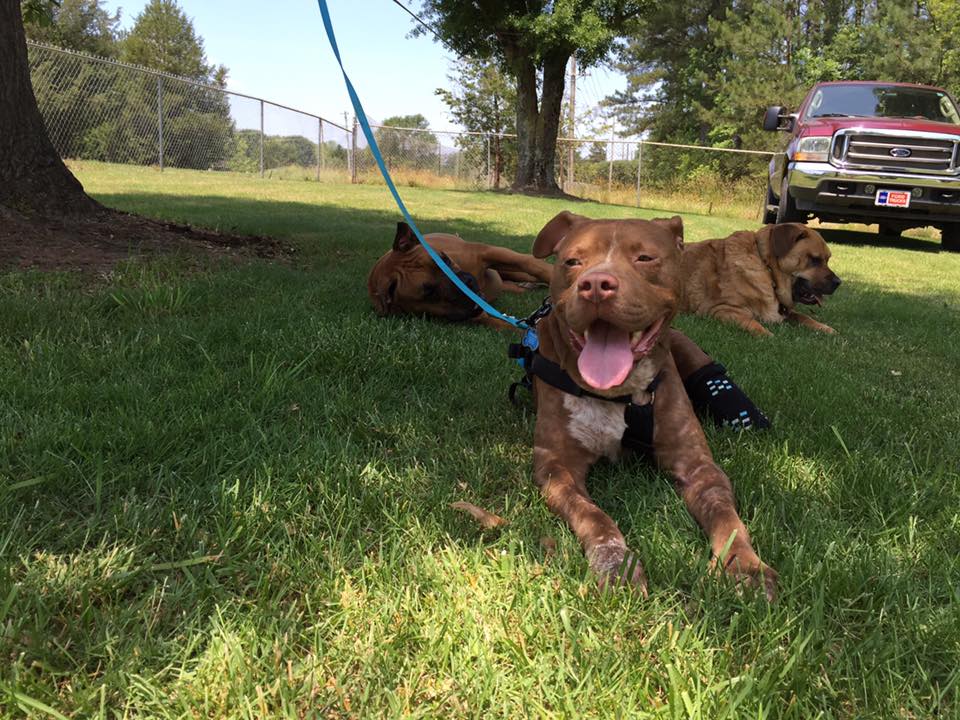 Thanks to the help of his fantastic doctors, Rambo is going from strength to strength.

If you are interested in his story, you can help by donating to the cost of Rambo's medical procedures.

Unfortunately, there are still many other dogs out there who are involved in fighting. Find out how you can protect these animals by making the laws stricter.