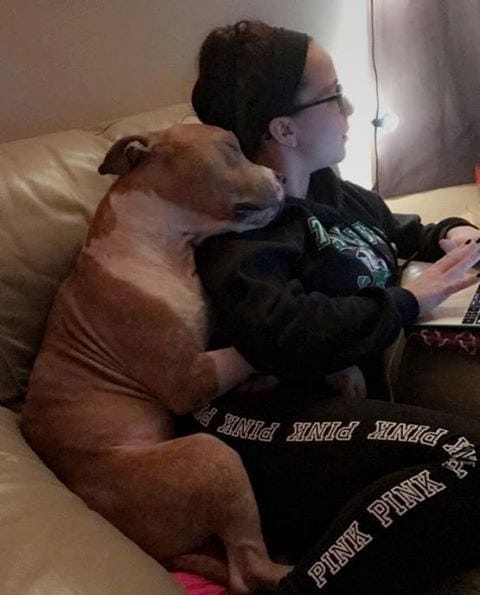 Kayla Filoon, a 20-year-old dog-walker volunteer at the ACCT Philly animal shelter, was used to meeting (and wanting to take home) abandoned dogs all the time, but something about Russ was different, reports The Dodo. 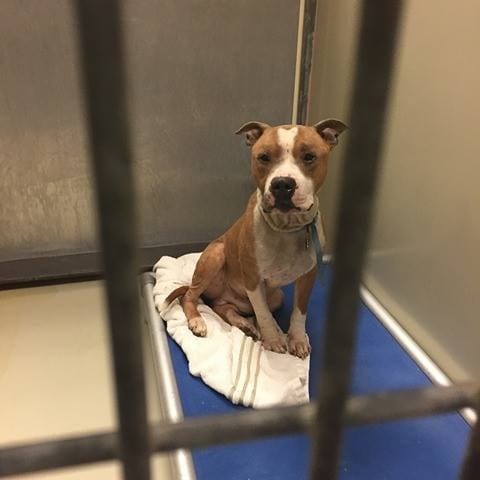 The four-year-old pit bull was sweet and quiet, a stark contrast to the dogs jumping up and barking anytime she came into the room. She described her first time meeting the lovable pooch to The Dodo:

He was just sitting there calmly, staring at me, and I thought, 'he is adorable! I need to take him now.'

Russ was not the most easily adoptable dog in the shelter. He was missing fur, was extremely thin, and suffered from kennel cough, but that didn't stop Filoon from falling in love just five minutes into their walk. 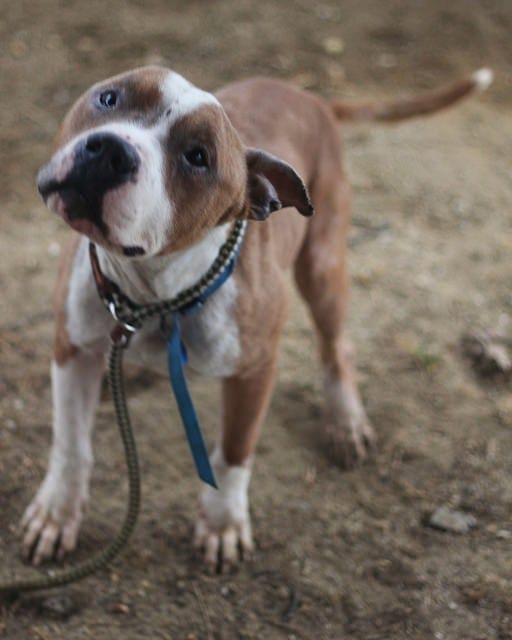 He was trained in basic commands, meaning he had most likely had a proper family at one point, despite arriving at the shelter as a stray.

He was really cuddly with me, even when we went into the yard. He seemed like such a sweet dog, and he didn't bark at any of the other dogs.

The young woman had a hard time putting Russ back in his kennel at the end of the day. She was extremely worried for him, as the shelter was packed and the sickest dogs were being put down. 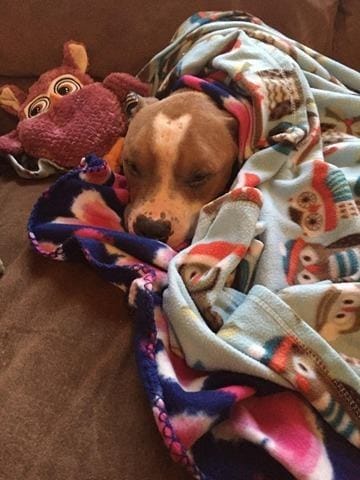 She immediately called her mom when she left for the day:

I told her, 'I think I need to adopt a dog tomorrow. My mom thought I was kidding, because I always fall in love with the dogs that I take out — it's hard not to. So she didn't really believe me, but there was something about Russ.

When she returned the next day, she took him out for one last car ride, and her mind was made up. She took him home that night.

Filoon had to break it to her six other roommates that they would be getting another housemate, but they took it well, falling in love just as she had. 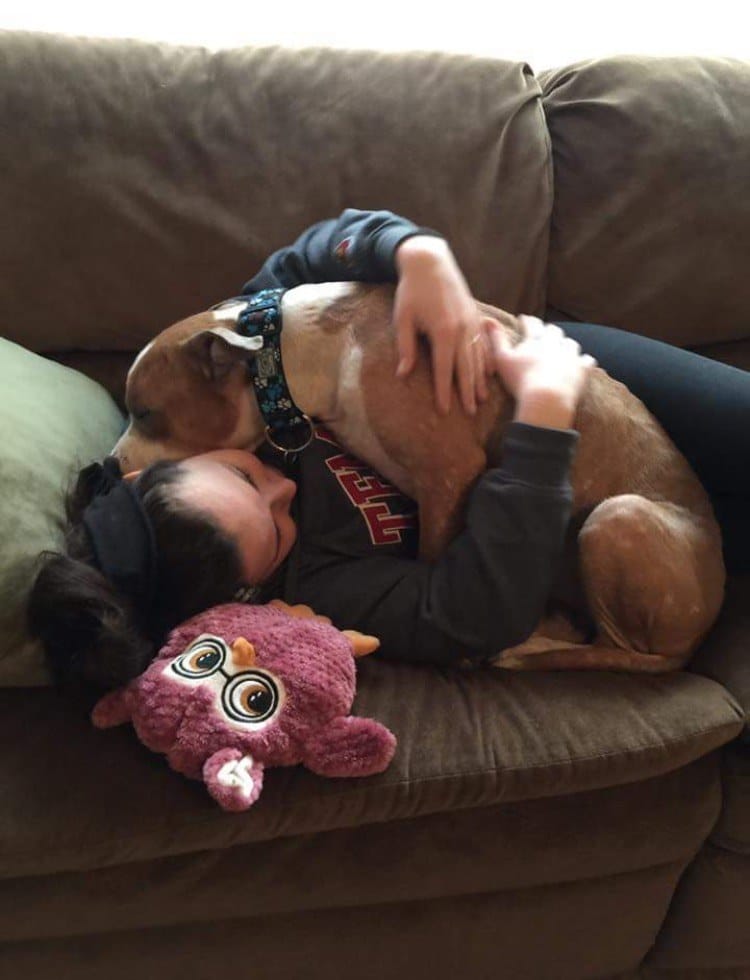 The cuddly pooch always looks for ways to stay close to her favorite human:

He's such a love bug, honestly.I'll be lying there, and he'll put his head under my arm, or his paw over my chest. And he'll even lay on my chest. 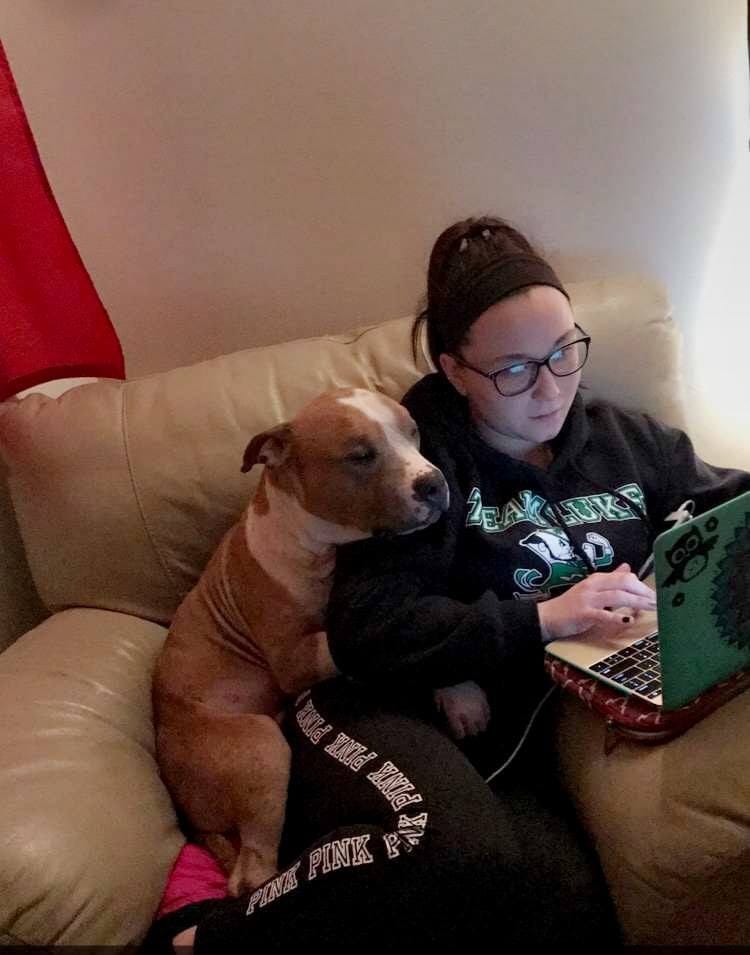 As for the photo that went viral, that came about in a similar way:

One night I'm sitting there on the chair, doing my homework, and he's trying to find ways to cuddle with me. There was a whole other sofa open, and we had his bed on the floor, but he didn't want to lie anywhere else. So he ends up positioning himself, and I look down, and I think, 'Oh my gosh, look at him.'

Filoon hopes that the photo will convince more people to adopt shelter dogs rather than buying them.

If you would like to support the ACCT Philly so that more dogs can end up like Russ, you can donate, here.