Who hasn't dreamed of packing everything up, taking to the road and travelling the country? Well, that's exactly what Cate and Chad Battles, two globe-trotters decided to do after their kids left the house and they sold their house and bar.

They hopped aboard their campervan, accompanied by their two pets; a dog and a goat. 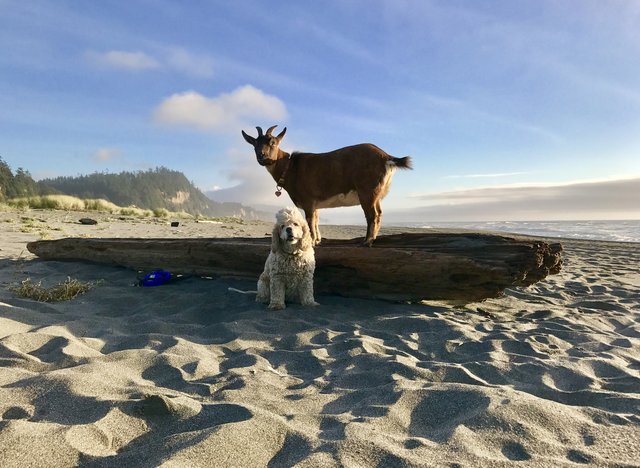 Maggie, the dog, has been with the family for 12 years and Frankie, the goat, four years. Both were only babies when they were adopted by the Battles.

For the past year and half, the four of them have adventured around America and Canada in search of spectacular landscapes, nature and freedom. 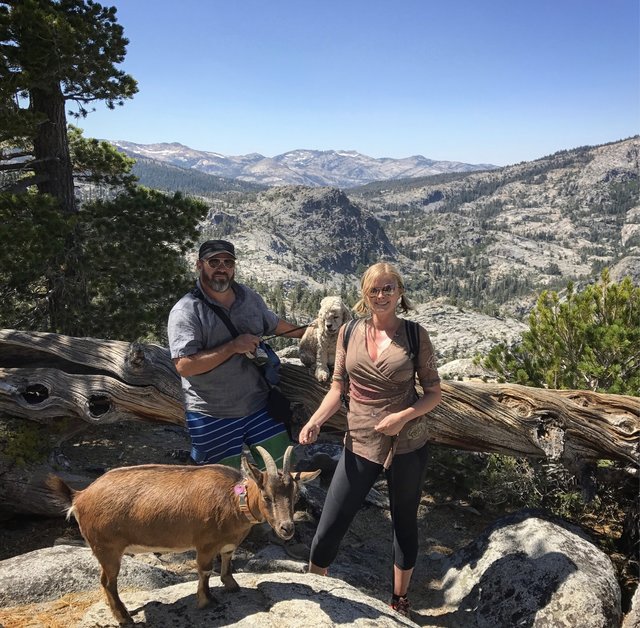 Travel had always been a big part of our lifestyle, but between raising kids and juggling an extremely busy bar, vacations and quality time alone was few and far between. We wanted the freedom of life on the road, to live in the moment, and to have a fresh start on life. We are always looking forward to the next adventure.

The foursome have travelled a total of 48,000 kilometers, covering 28 states in both America and Canada and countless national parks. 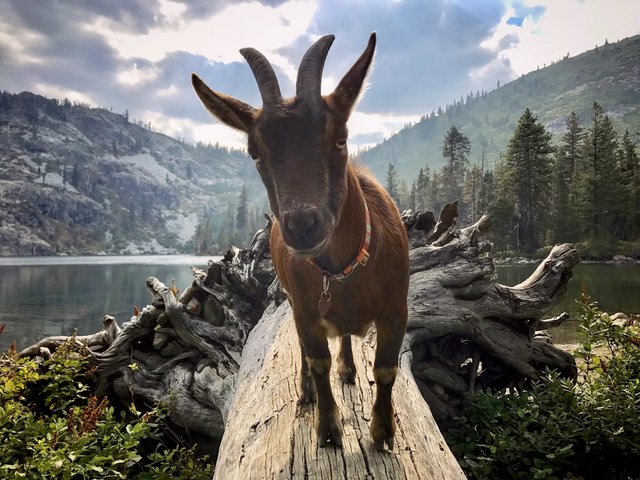 The adventure has been made all the more enjoyable thanks to their campervan that's been transformed by Cate who is an artist and photographer. What a great way to immortalise the amazing memories. 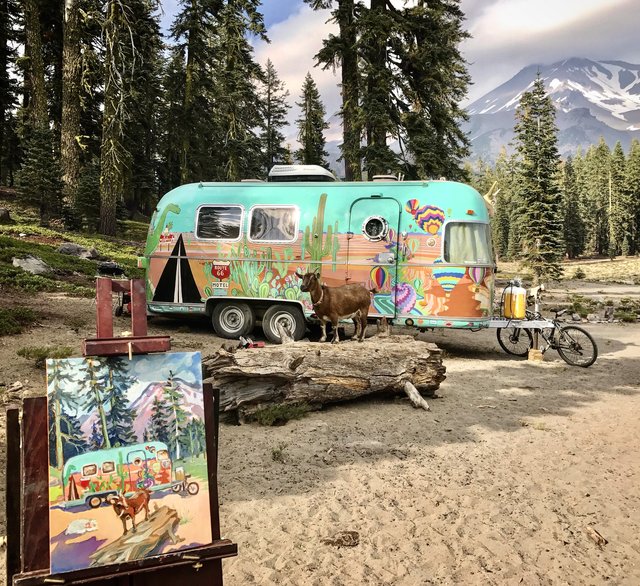 When Cate and Chad decided to go, they didn't hesitate for a second about taking Maggie and Frankie with them.

Animals bring so much joy into our lives, I can't imagine living a life without them. 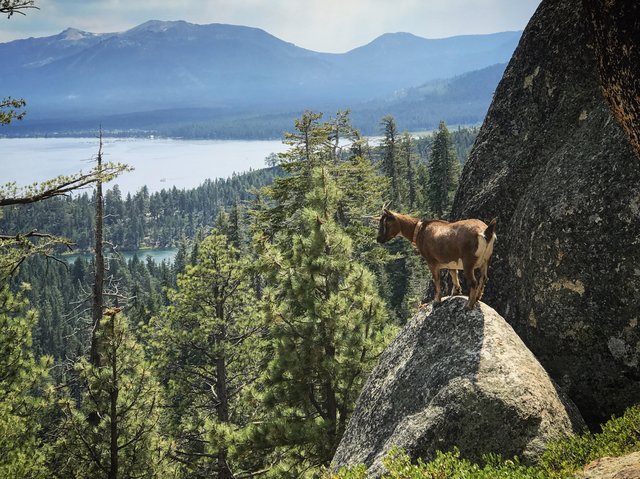 Between the three different species, there are major personality differences and living together has not always been easy. They have had to learn to co-exist.

It's a relationship of mutual tolerance. Maggie is very easygoing but Frankie is a diva. While we are on the road, they sleep together in the back seat and sleep in our bed inside the camper. They are both very snuggly and affectionate. 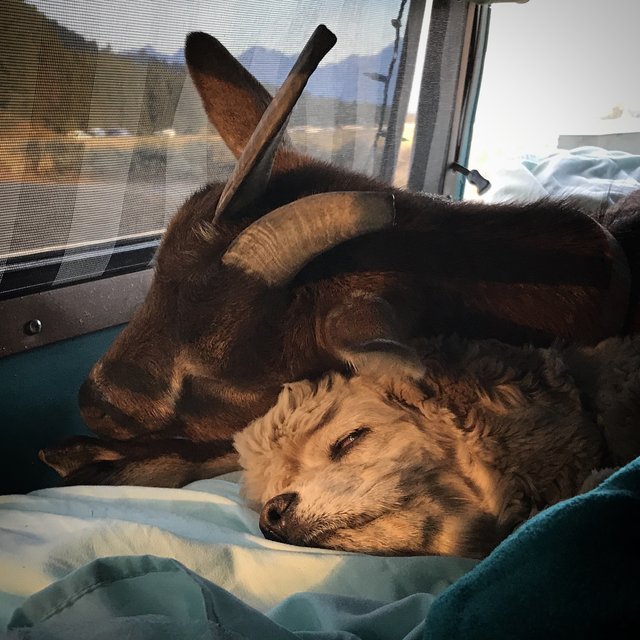 Cate says that it's clear that both Frankie and Maggie prefer the company of humans over animals.

We take Frankie to have playdates with other goats, which is super entertaining to watch. But at the end of the day she's still more of a 'people goat'.

This adventure is a chance for Frankie to embrace her instincts as a goat by climbing mountains and rocky paths. But this adventure of a lifetime has not been without its difficulties. 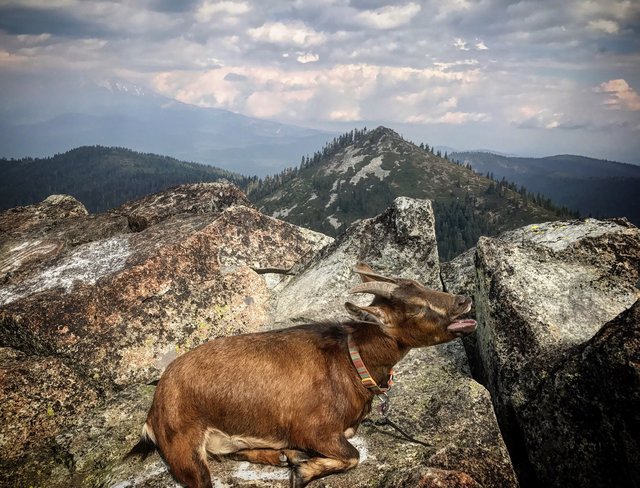 Most of the national parks won't allow pets in. That's why, during their treks, the couple has had to adapt and become better planners. 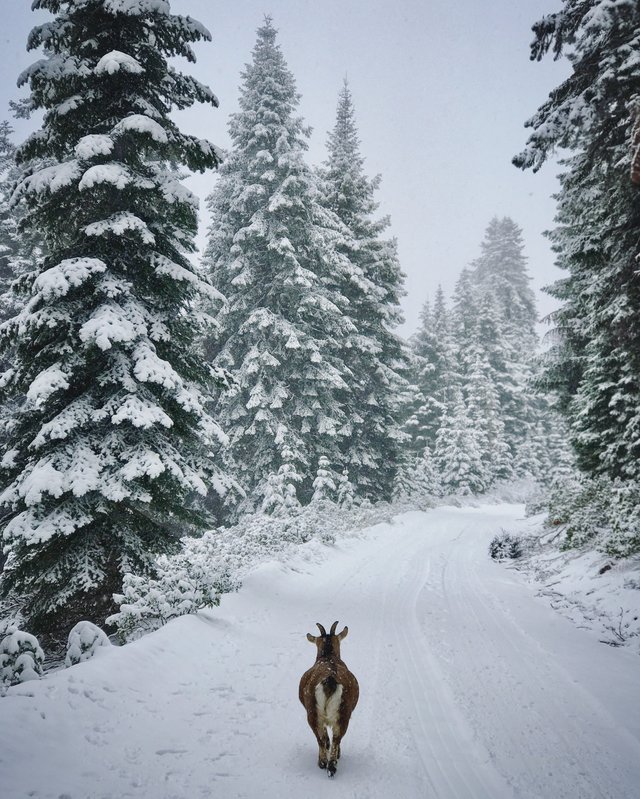 We will take the animals for a hike just outside of the borders and then take turns to see things inside the park. Definitely not always convenient, but they make the adventure more interesting and they both love to hike.

The couple have both said that both Frankie and Maggie, "are excellent travel buddies"!