Did you think only humans could ride them waves?  Well, this video of a one-eyed cat surfin' USA might just prove you wrong. 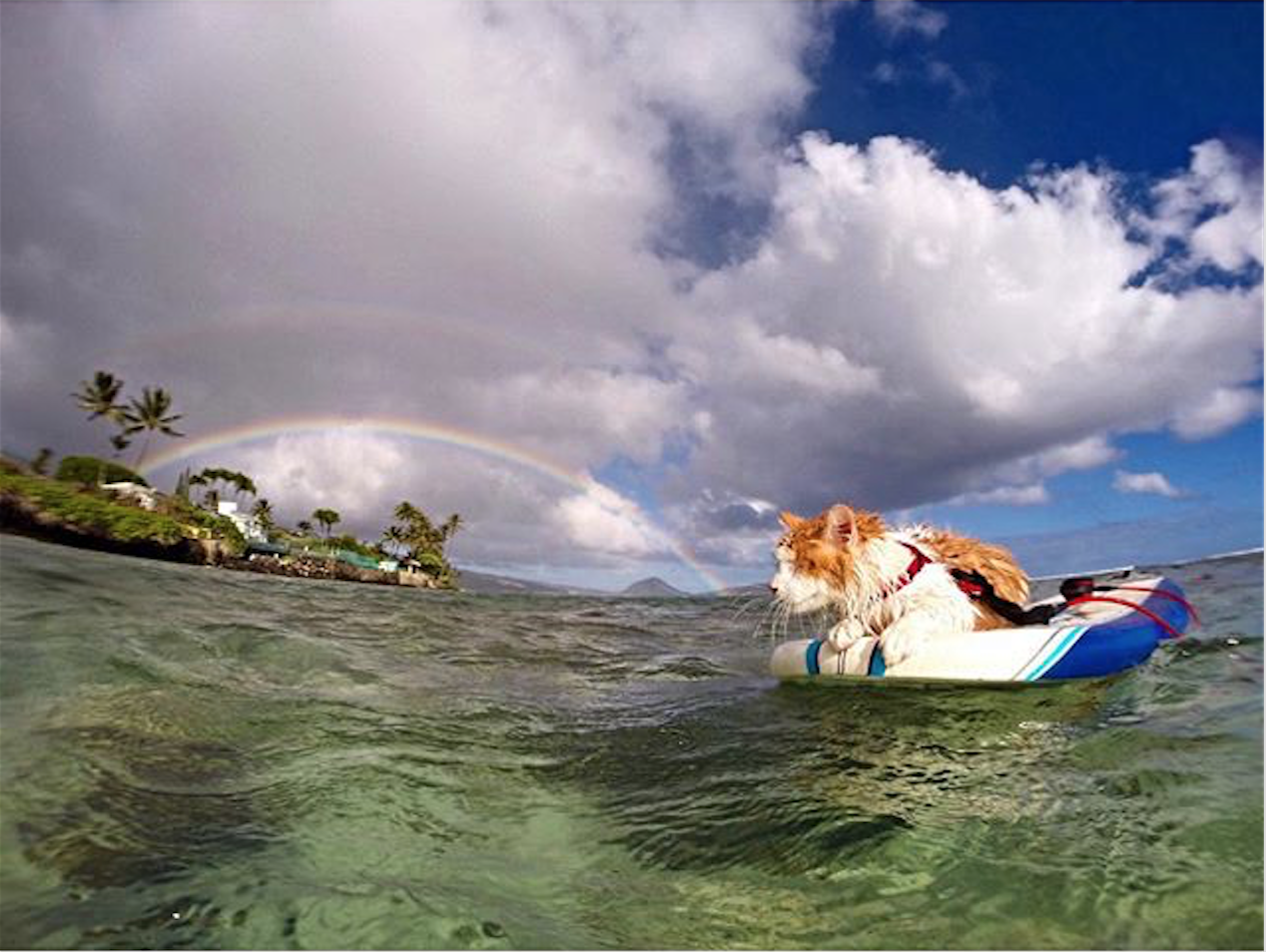 From his early beginnings, this little kitty was never like the rest of them. Kuli lives in Honolulu, in Hawaïi. Yup, he's one pretty lucky cat!  And if that wasn't enough, Kuli enjoys his sunny days surfing alongside his human buddies.

But life hasn't always been this breezy for Kuli…

Alexandra Gomez and Krista Littleton got Kuli when he was only three months old. Back then, things were pretty complicated. Kuli's eye was badly infected and in the end, he had to have an operation to remove it. Following the surgery, he was given lots of nice baths to cheer him up. So maybe that's where his love for water comes from… 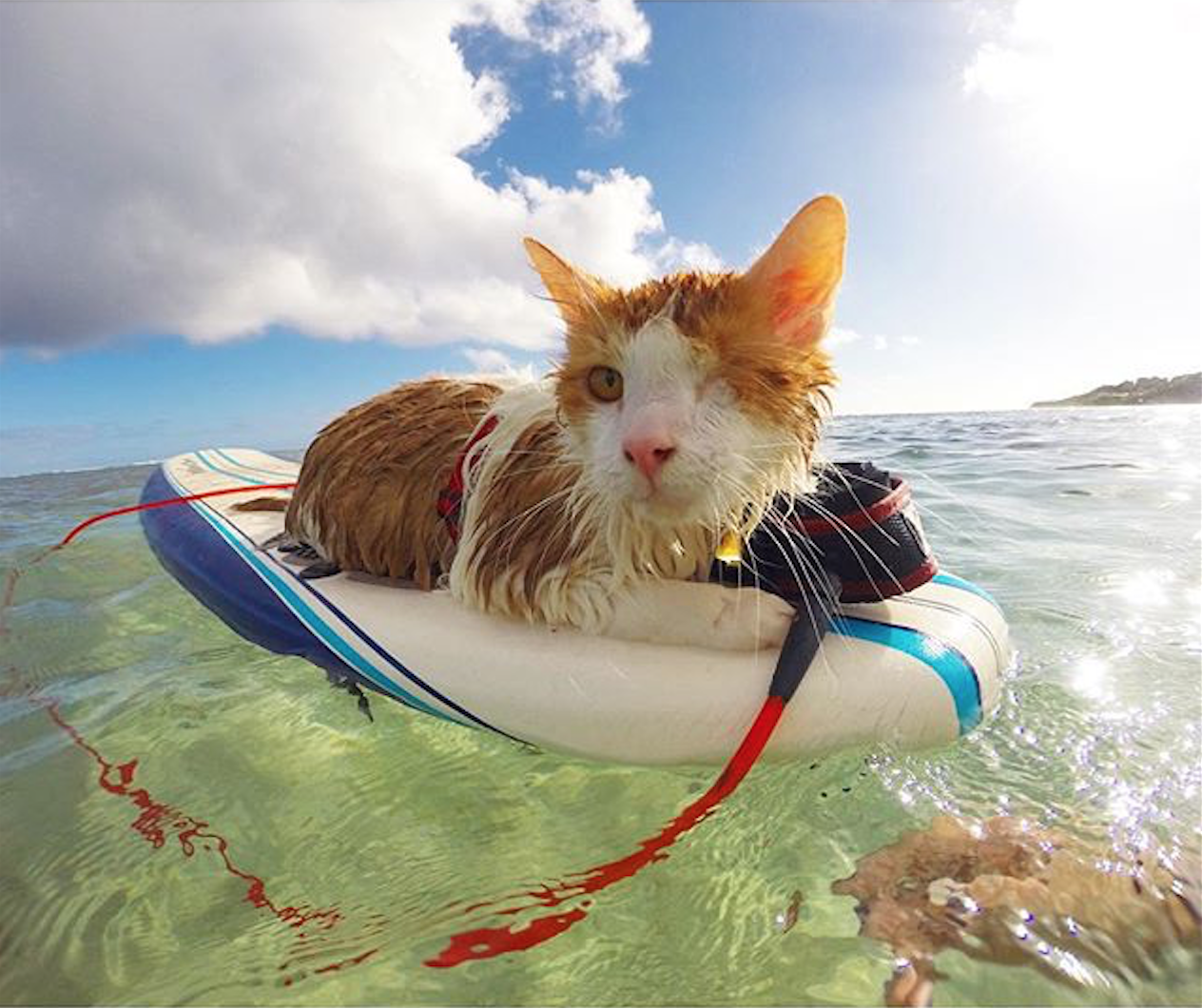 Kuli can even surf without a life jacket… Thanks to his watchful human companions who've always got their eye on him!

Watch Kuli and all his surfing antics here:

We'll keep you up to date with Kuli's adventures, for sure!