Los Angeles based rescue group Hope For Paws rescued a senior dog, abandoned for so long that he started to eat rocks, at the beginning of November.

They received a call from someone in a neighborhood where the dog, 11-year-old Stewie, had been seen alone, hanging around his former family's empty house. An entire year earlier they had abandoned Stewie when they moved, but the loyal canine was convinced that his family was going to come back for him. 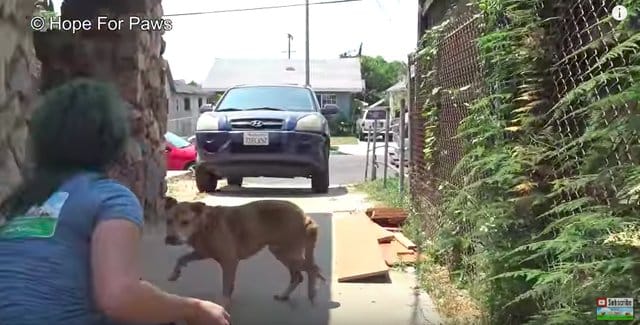 Despite the fact that there wasn't anything around to eat, Stewie stayed, hiding in the house's crawlspace for shelter and waiting patiently for his family to return. When his rescuers finally arrived, he was so frightened by them that he ignored their offers of food and ran down the street, suspicious of the strangers coming towards him.

Eventually, his attachment to his home brought him back towards the house and the Hope For Paws volunteers managed to loop a leash around his neck. With the help of Stewie's neighbors, relieved that the dog was finally getting help, he was finally safely taken to a veterinarian. 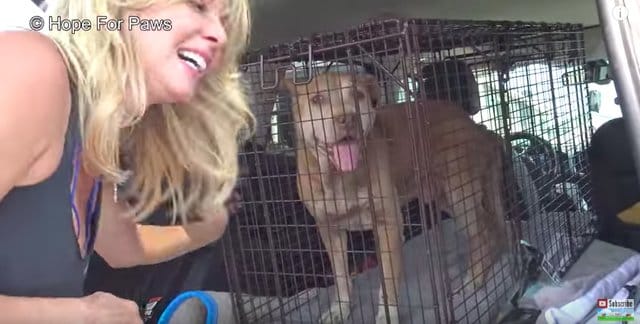 It was there, after an x-ray, that they made the sad discovery that Stewie had been eating rocks to try and survive. They also found lots of tumors all over his body, but these turned out to be benign and were removed. 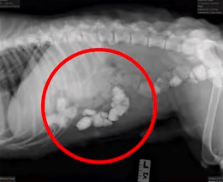 Now all cleaned up and settled into a foster home with plenty of other dogs to play with, Stewie has proved to be a sweet and loving dog, who his foster parents can't believe was abandoned so callously.

He is available for adoption through Grand-Paws Senior Sanctuary. If you would like to help Hope For Paws, you can donate to them here!