This is one of the most emotional rescue stories we have ever come across. Duffy, the 8-year-old Great Pyrenees mix, was found in a decrepit state in a dark, cave-like room. When his rescuers found him, he was covered in faeces, and he could hardly even wag his tail, let alone stand. 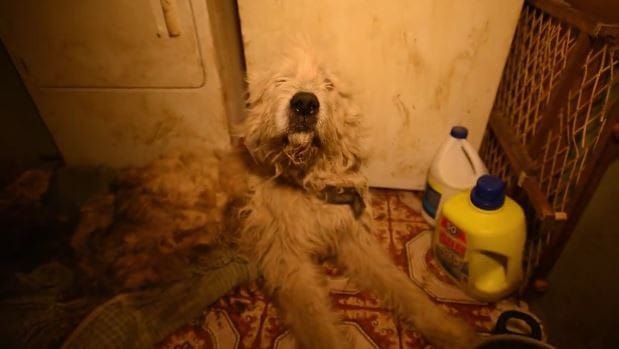 But he did manage to do one thing when he knew that his suffering was almost over. When approached by his rescuer, Ashley Mauceri, from the Humane Society, he lay his paw on her hand. His desperate need for compassion and love was truly heartbreaking. In the video below, you can hear how moved Ashley is, as she says:

Duffy was not alone in his horrific surroundings. He was found in a puppy mill in Arkansas. There were other dogs, too, inside the filthy home. But most of them were living outside with no cover, in temperatures so cold that icicles hung from their fur.

The puppy mill operator had been convicted of animal cruelty just two years earlier but was still selling animals online and in person. Despite her convictions, she continued business as usual, severely neglecting those left behind. 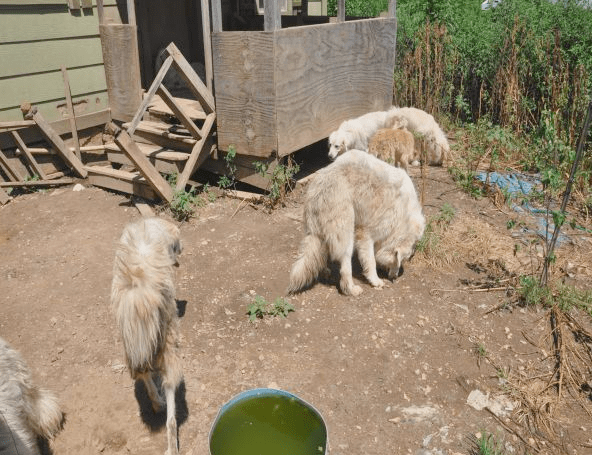 Duffy was immediately taken to a shelter where they fed him and gave him water. His rescuer, Ashley Mauceri, stayed beside him throughout. He was one of the skinniest dogs the volunteers had ever seen. They didn't know if he would survive, let alone walk again. 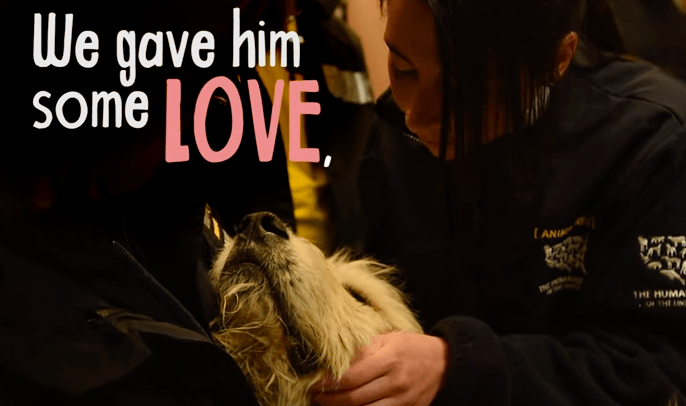 But Duffy wasn't going to give up. He slowly regained his strength and learned how to walk again. And soon, he found an incredibly loving forever home.

And finally settled with his new doting family, his rescuer, Ashley, came to see him. It was the first time they had seen each other since she had rescued him. And what did he do?

He laid his paw on her hand.

If you would like to help the Humane Society of the United States in its mission to end puppy mills, please make a donation here.

And to keep up with Duffy's antics, you can go on the Humane Society's page for him - whether it's his walkies, or playtime, or getting lots of cuddles…

We wish him all the happiness in the world!