Shocks, an adorable little donkey, was discovered in an Irish field in 2010 with a cord around his neck. The cord was so tight that is had created lesions, which the animal's owner tried to treat by dumping bleach on the industries, reports The Dodo.

Thankfully, Shocks was able to escape the nightmare and join the Donkey Sanctuary, in Birmingham, England, where he has become a therapy animal. 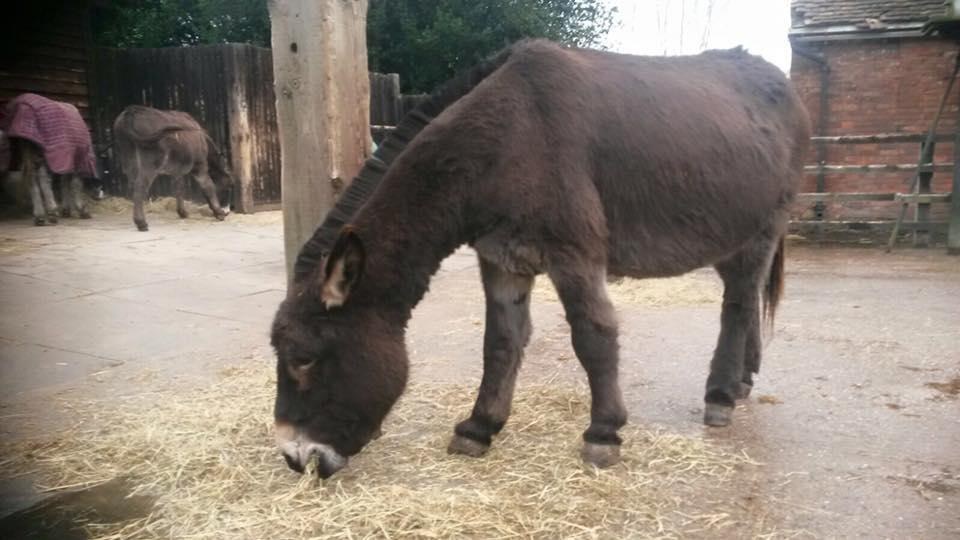 In 2013, Shocks met Amber, a two-year-old girl who was mute. Her and her twin were born prematurely, and Amber was unable to breath, forcing doctors to perform an emergency tracheotomy. It saved Amber's life, but it also left her mute, cutting the airflow to her vocal cords.

The young girl also suffers from cerebral palsy: she struggles to gain muscle mass and has difficulty getting around. Julian Austwick, Amber's dad, confided to The Dodo:

She struggled to sit up and showed no signs of crawling 'til very late on. A friend mentioned The Donkey Sanctuary to Tracy [Amber's mother] and told her the donkeys can give therapy to additional needs children, so we decided to try it. 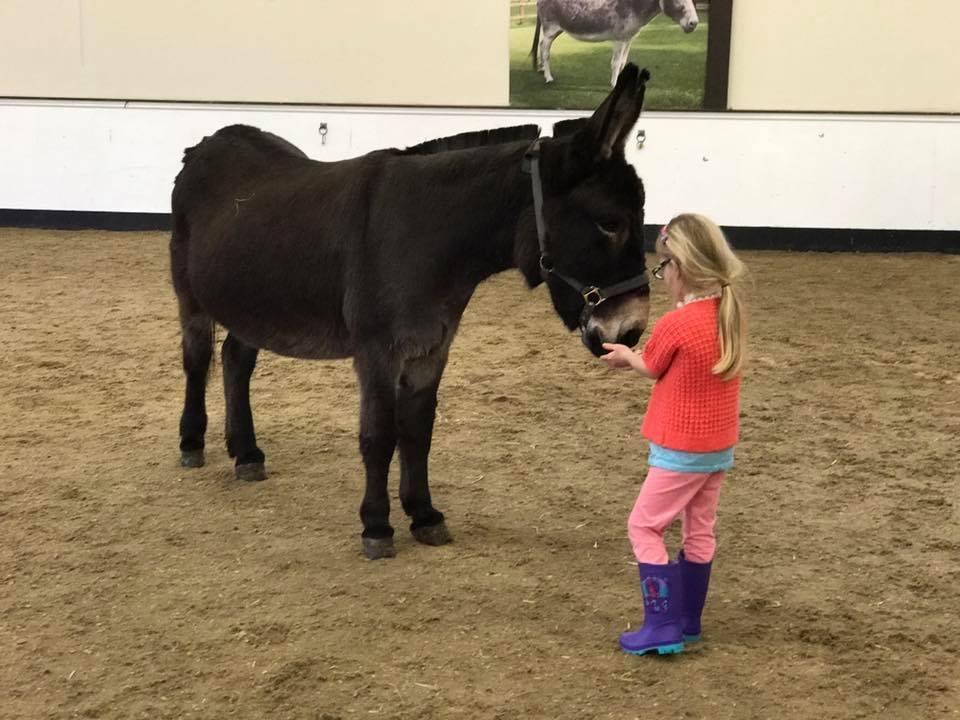 Amber was Shock's first "patient," but they had an instant connection. The girl's father continued:

Shocks would lower his head to her and would allow her to hold him around his neck. It was scary for us, as parents, as he was so big compared to little Amber, but they really seemed smitten!

Shocks helped Amber build her strength, and the young girl was even able to ride on his back to walk around. 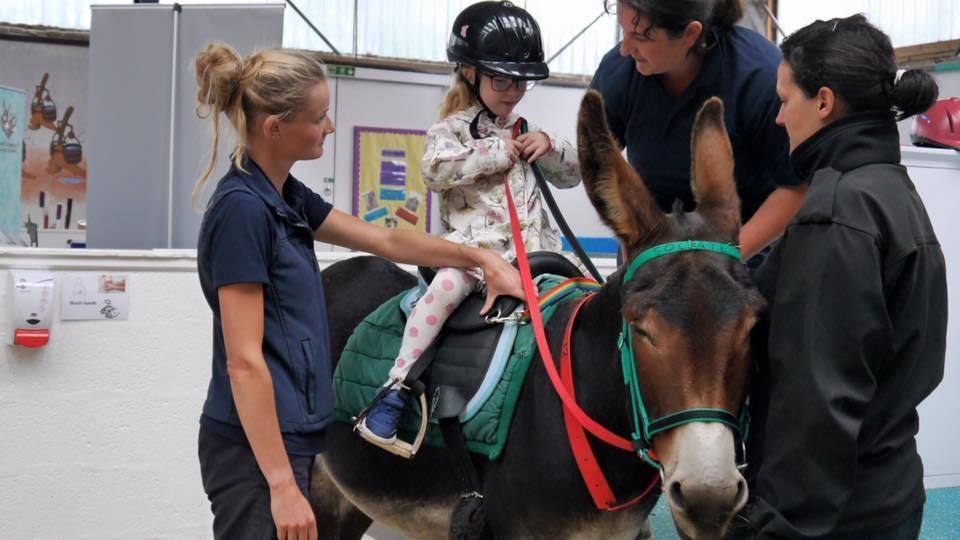 At three years old, Amber had another operation, in hopes that it would allow her to talk, even if learning how would be a long and difficult process. The young girl didn't pronounce a single word until the day she went to visit Shocks, in November 2013. After a short ride on his back, Amber gave him a hug and whispered, "I love you." 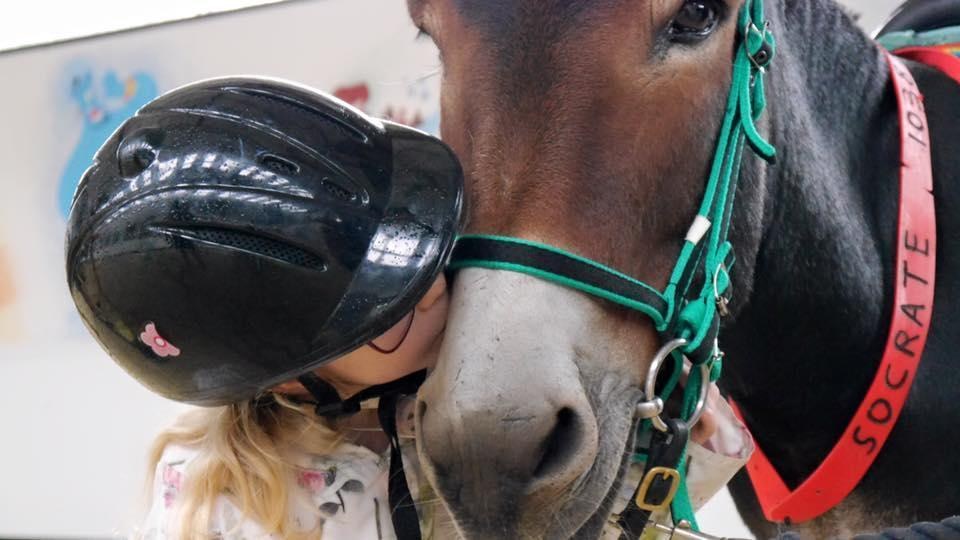 Since then, Amber has started school, but she has never forgotten the donkey and visits regularly. Julian concluded:

She gets to go in the arena with him and groom him and cuddle him and lead him around the arena and she loves it. They still value their time together and they still love their cuddles.

For the girl's father, Amber and Shocks helped each other to heal.

You can support the Donkey Sanctuary by clicking here to make a donation.