When Esther's parents bought her four years ago, they were convinced she was a "mini" pig.

Steve Jenkins fell for the little pig and managed to get his partner, Derek Walter, to agree for her to come home with them. 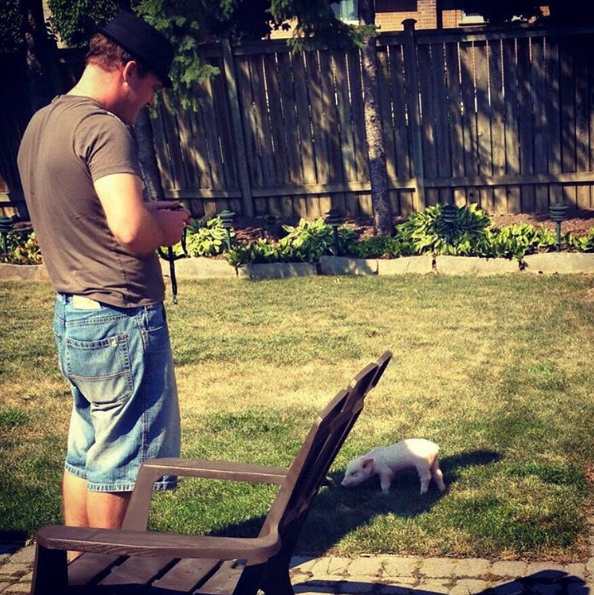 After just a few months, both Jenkins and Walter were completely head over heels for Esther: as Jenkins writes in a letter to commemorate the fourth anniversary of the day he met her, "the magic of 'The Esther Effect' was already at work'". And it was impossible to resist!

We cuddled while you fell asleep, and we taught you the rules of the house….which you broke constantly in your own hilarious way. We would laugh and play, forgetting entirely what was going on around us. 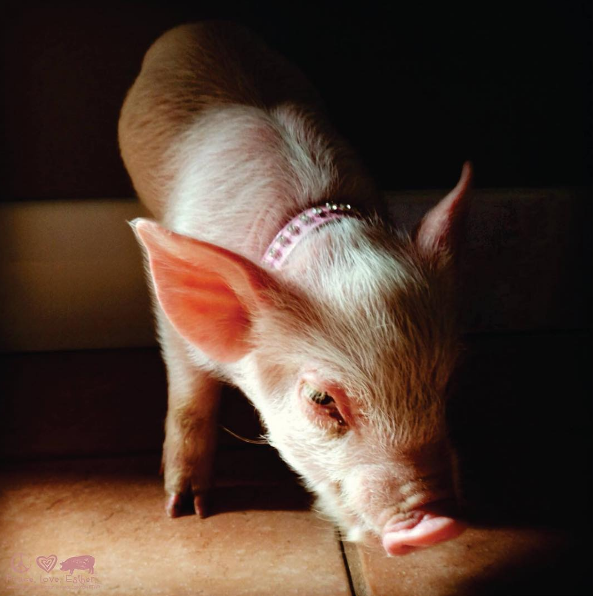 But as she grew and grew, they discovered that Esther wasn't quite what they thought she was.

She is in fact a normal, healthy pig, who like many others had her growth deliberately stunted by breeders who wanted to sell her as a "mini" pig. These kinds of pigs are only small because they are bred at such a young age. 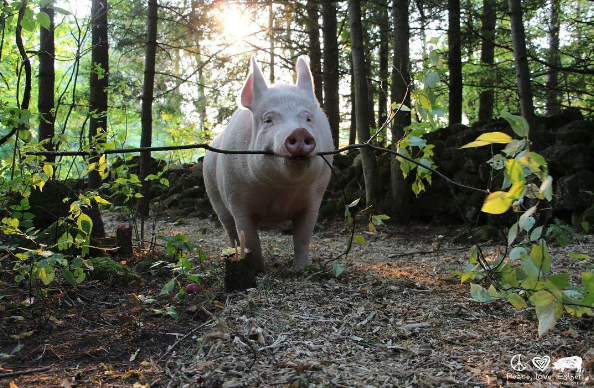 Jenkins and Walter woke up to the harsh reality: the pig they loved so much was meant to spend "the first three years of [her] life in a crate delivering baby after baby that would be taken from [her]", before being ruthlessly slaughtered. 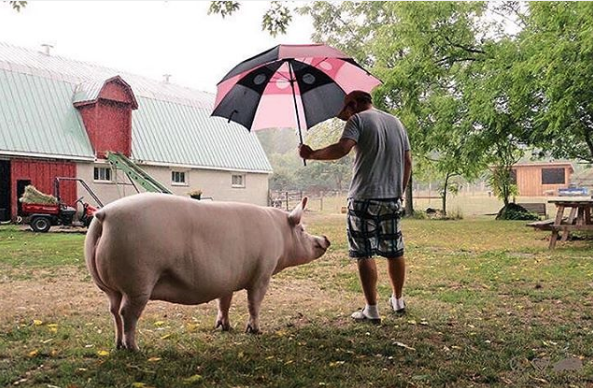 The couple set about doing everything they could for Esther. They are the proud founders of the Happily Ever Esther Farm Sanctuary in Ontario, Canada, and they've even written a book about everything the pig has taught them! 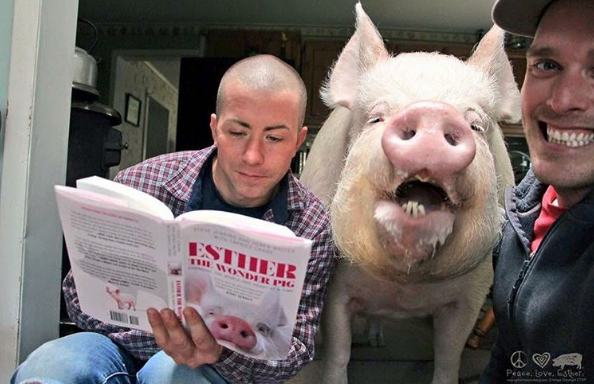 It's pretty clear that Esther completely transformed the lives of these two men, teaching them a lot about themselves and animals. In his letter, Jenkins apologises to the pig who stole their hearts:

You were supposed to be someone's dinner, someone who like us didn't realize the intelligent, emotional, and sensitive animal you are… I'm sorry we participated in this and that it took us so long to realize that we could do better. 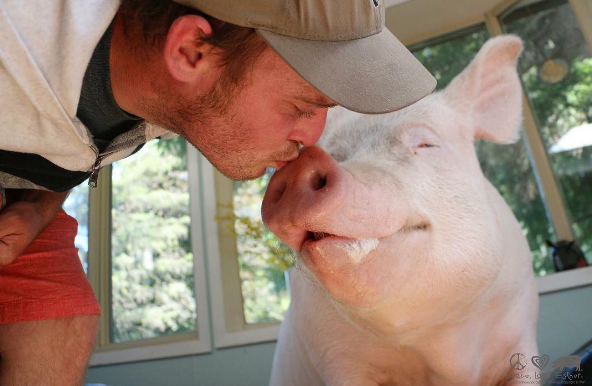 But it's also a thank you for everything Esther has done for them, and for all the lives and hearts she has touched along the way.

The moving letter finishes: "Thank you for being a daily source of inspiration, and smiles. You make even the hardest days happy." 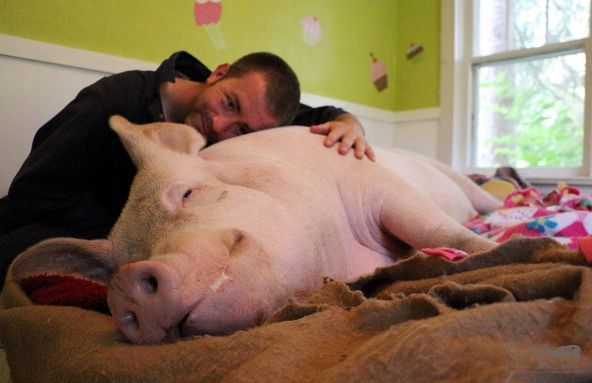 Consider making a donation to the Happily Ever Esther Farm Sanctuary here.