During the first morning of the year, snow fell in abundance. Like any other day, Nelson Wilson was feeding his horses when he spotted the presence of a tiny bird strangely immobile on one of the railings of his farm. 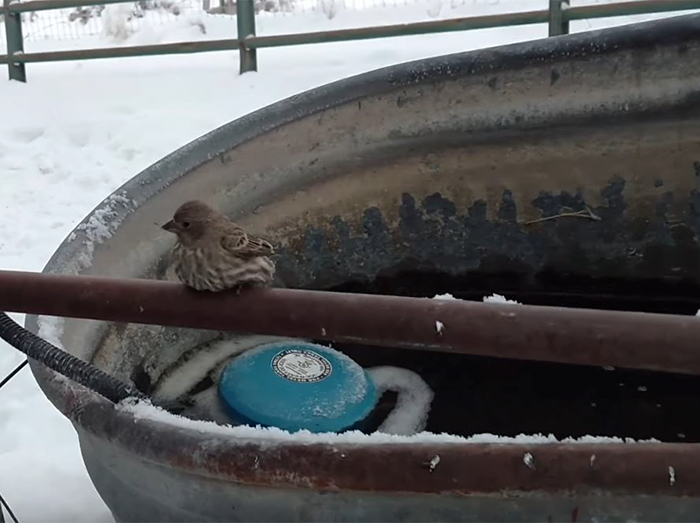 And for a reason: with the freezing temperatures, the damp feet of the finch got stuck on the metal bar.

On New Year’s morning I noticed a solitary sparrow perched upon the steel fence near the water tank. It is not uncommon for birds to drink from the heated tank. Apparently this unfortunate bird had gotten its feet wet and, while making its exit, had become frozen to the fence in the prevailing near zero Idaho temperatures. 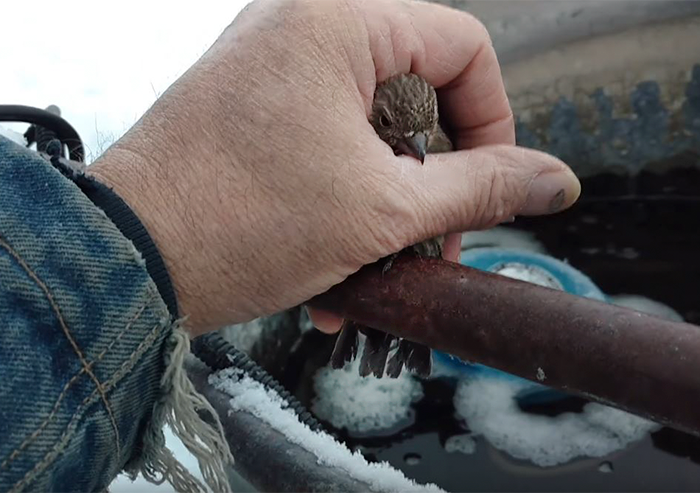 The man first attempted to warm the panicking bird's feet by placing the palm of his hand on top of them. When this didn't appear to be working, Nelson had the idea to melt the ice with his breath. The improbably ruse worked and the lovely finch immediately flew away!

It then seemed that warming the birds feet with my warm breath would bring quicker success. Gentle sideways motion with my thumb brought freedom for the frightened bird and a smile of satisfaction to my face!

This impromptu rescue is for the American, "a magnificent way to start the year," which could have almost been a terrible start for the beautiful bird.