Dingos are wild dogs originating from Australia. Despite their resemblance to our domestic companions, they hunt and survive without human help. 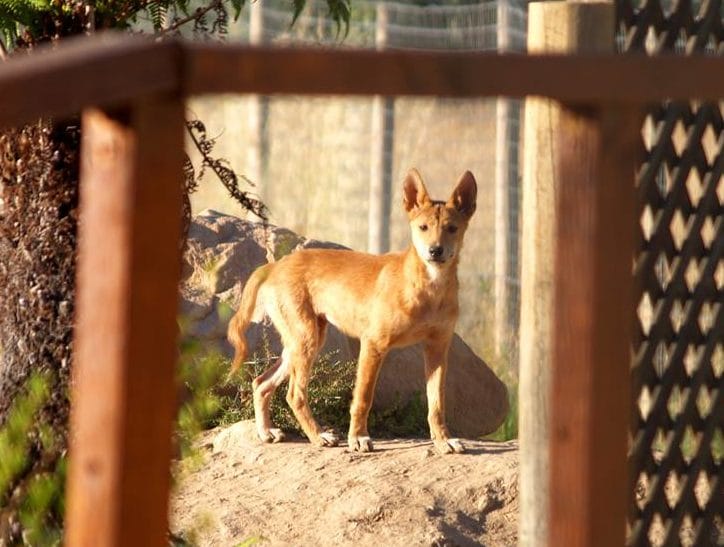 But that wildness often works against them when they approach human settlements. Their numbers are dwindling as a non-protected animal.

Despite being labeled "vulnerable," by the International Union for Conservation of Nature (IUCN), they are still being hunted as 'pests' by farmers trying to protect their livestock. 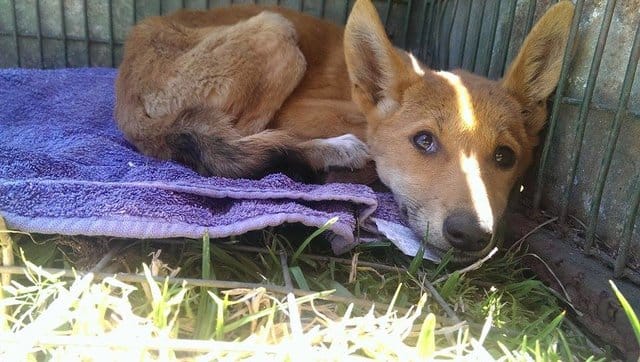 A man found the 12-month-old pup digging through the trash in New South Wales, Australia, obviously starving with a broken tail. Her fur was falling out from malnutrition, and her ribs were clearly visible.

If he left her there she'd probably die. 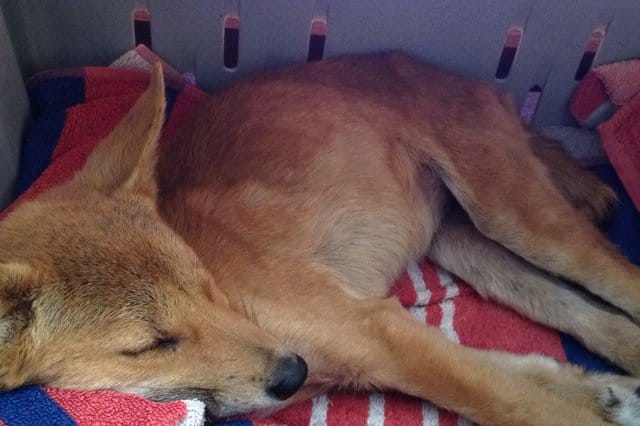 He contacted Joshua Said, founder of Dingo Den Animal Rescue, to see if he could help.

They agreed to take in the baby dingo and nurse her back to health at their sanctuary. Said explained her first moments there to The Dodo:

She was very distant, and wouldn’t engage. She wouldn’t even make eye contact. She would soil herself if people approached her or touched her, and she would stare into space and not move, pretending she wasn’t there. 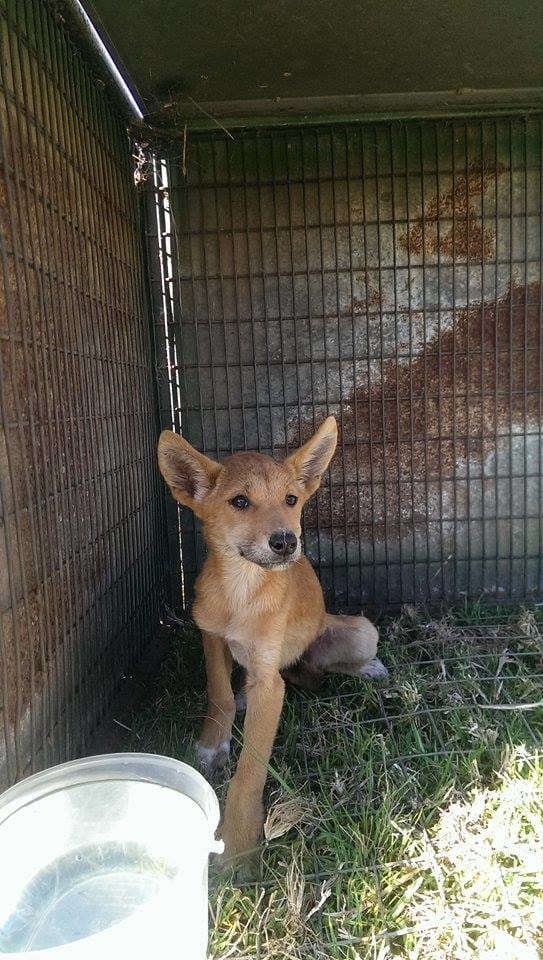 But soon, thanks to lots of food and care, she started to adjust. In a few months, the wild dog gained 28 pounds, putting her at a normal weight, and she loves playing with the other animals. Said continued:

She is still nervous around humans, which is normal and healthy for a wild animal. But sadly, they likely will not be able to release her back into the wild. 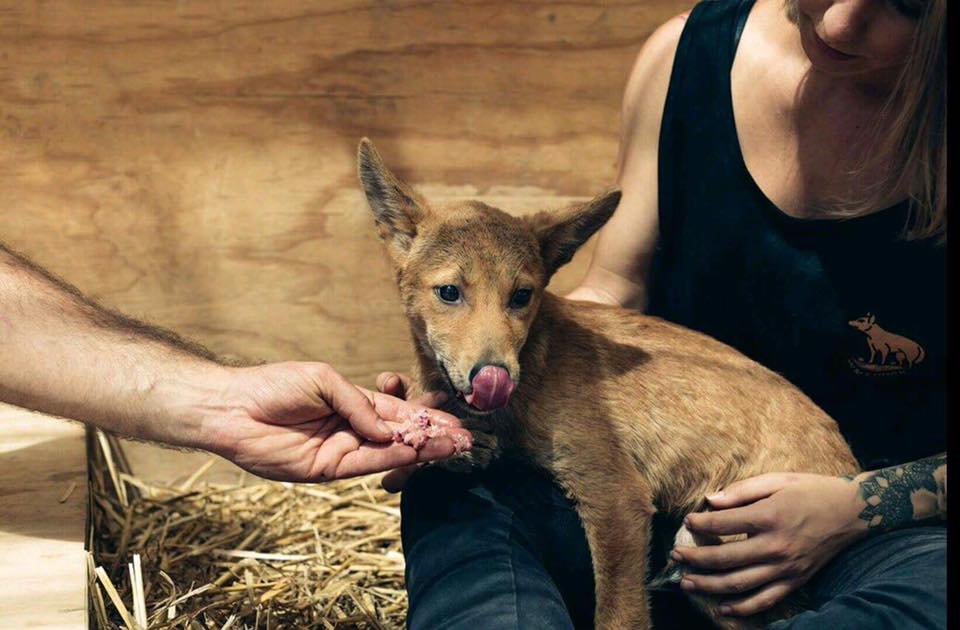 We are working to find Manuka, and the other wild dingoes in our care, homes on privately owned land where they can live natural lifestyles under the protection of caring and responsible land owners. Ideally, we would love to expand our own sanctuary to hundreds of acres that would accommodate the lifelong protection of dingoes like Manuka. 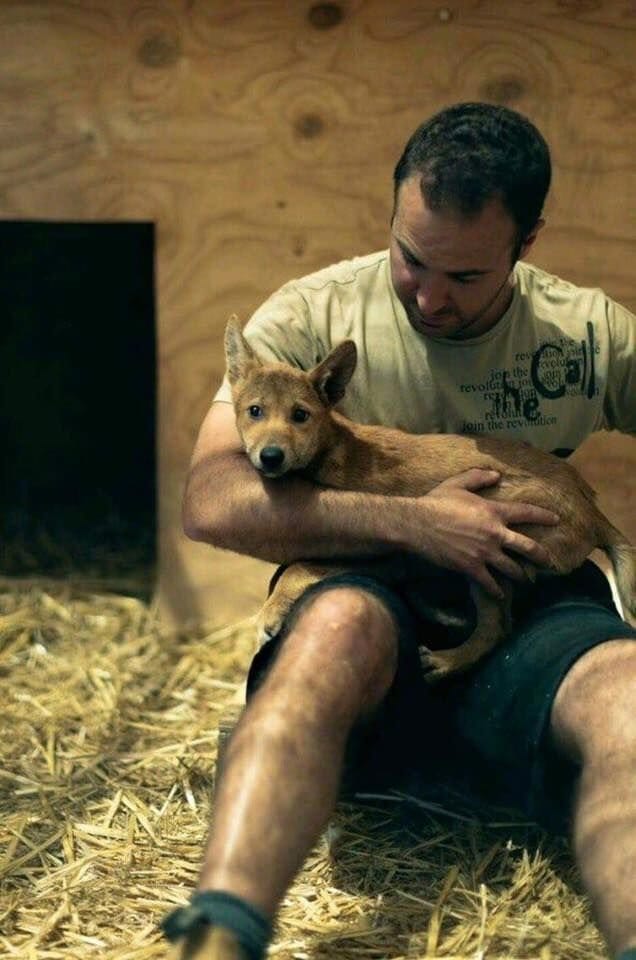 If you would like to help the Dingo Den Animal Rescue, so that more animals like Manuka can continue to survive and thrive, you can make a donation, here.