Cola, a Brindle Pitbull and Mastiff mix, was found by Yonkers Animal Shelter, New York,  in October 2015. Staff took him in, thinking that the charming dog would find a home soon enough; but a year and a half later, Cola still calls the shelter his home.

However, the sweet boy is determined not to let life get him down and has found an adorable highlight of shelter life: tennis balls.

Cola really lives the snow. He played for 15 minutes and then we spent another 20 minutes trying to get him to come in ???

Posted by Cola is Coming to Town on Tuesday, 31 January 2017

He can only spend around 15 minutes a day in the yard, but the canine always makes the most of them and even has a special routine that staff know all too well.

He likes to pick up two tennis balls and then he will run to where you throw the next one, but he will rarely drop the two he's hanging onto in favor of the one you have thrown. except. If you throw a clean new one. Then he drops the old one and starts all over. 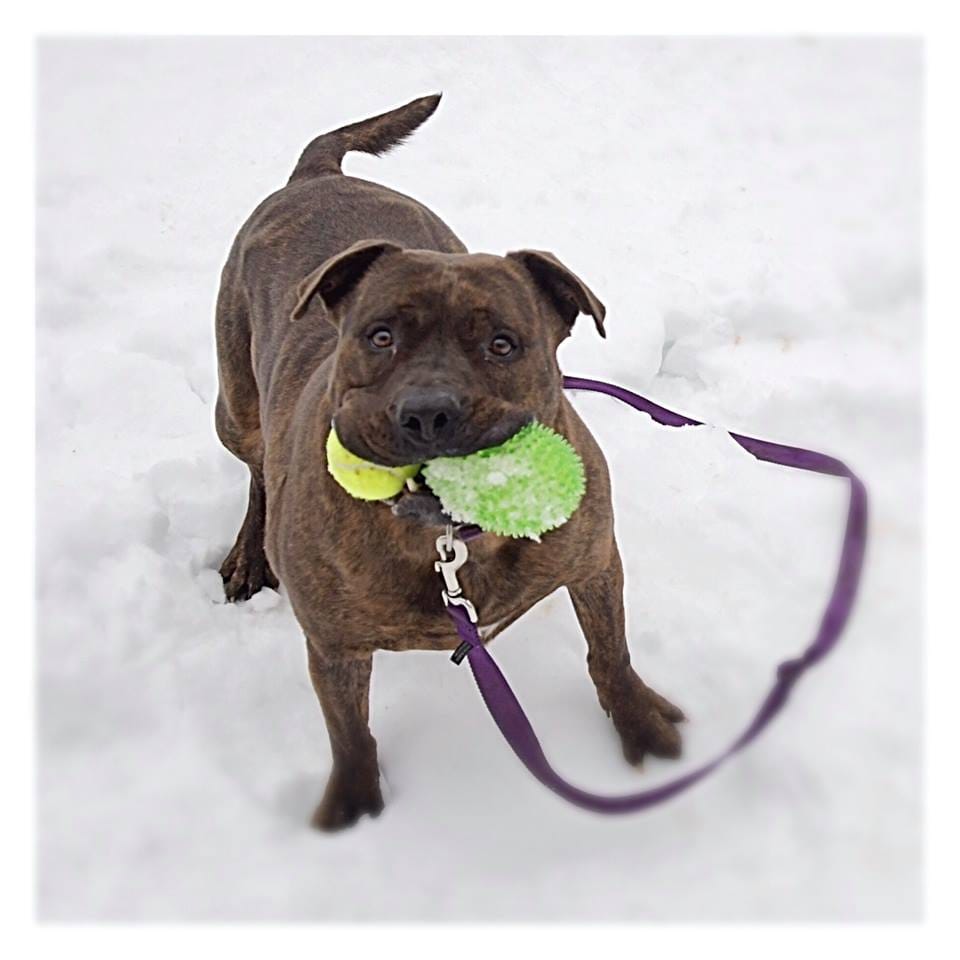 Many dogs that spend long periods of time in shelters begin to become stressed and angry or sad. However, this couldn't be further from the truth in Cola's case. He has remained calm, playful and, most importantly, hopeful. Staff from the shelter describe:

Cola is such a good boy and about as low maintenance a dog as you are going to find unless you are opting for a senior, but at under 3 he's really chill! 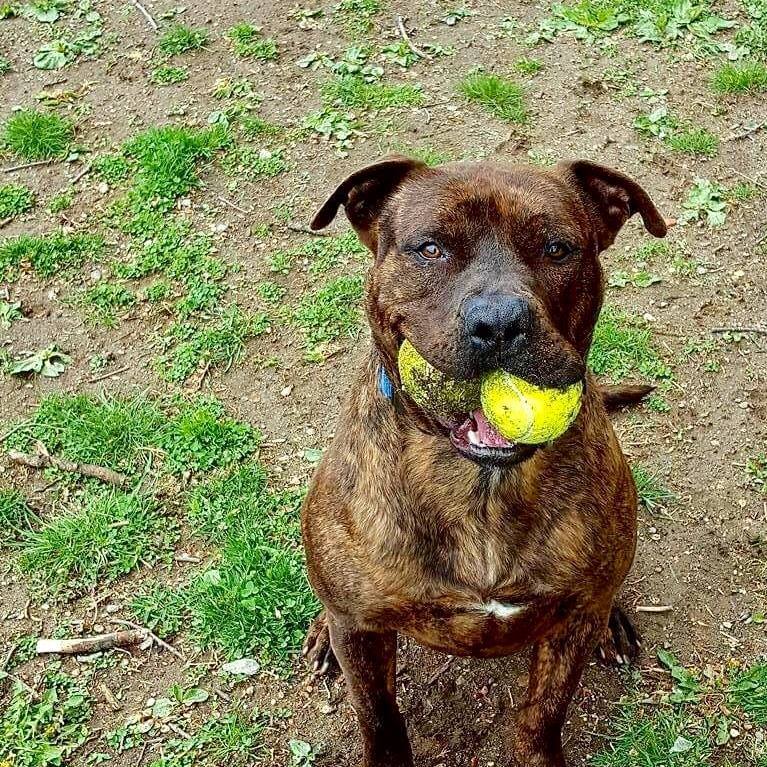 The playful pup never wants to give up his tennis balls at the end of his free time, but the rubber material that they are made of can be extremely dangerous if ingested.

The staff at Yonkers Animal Shelter remain completely perplexed as to why this wonderful canine can't find a home. In order to show potential adopters just how charming this canine is, staff at the shelter have made him his very own Facebook page. 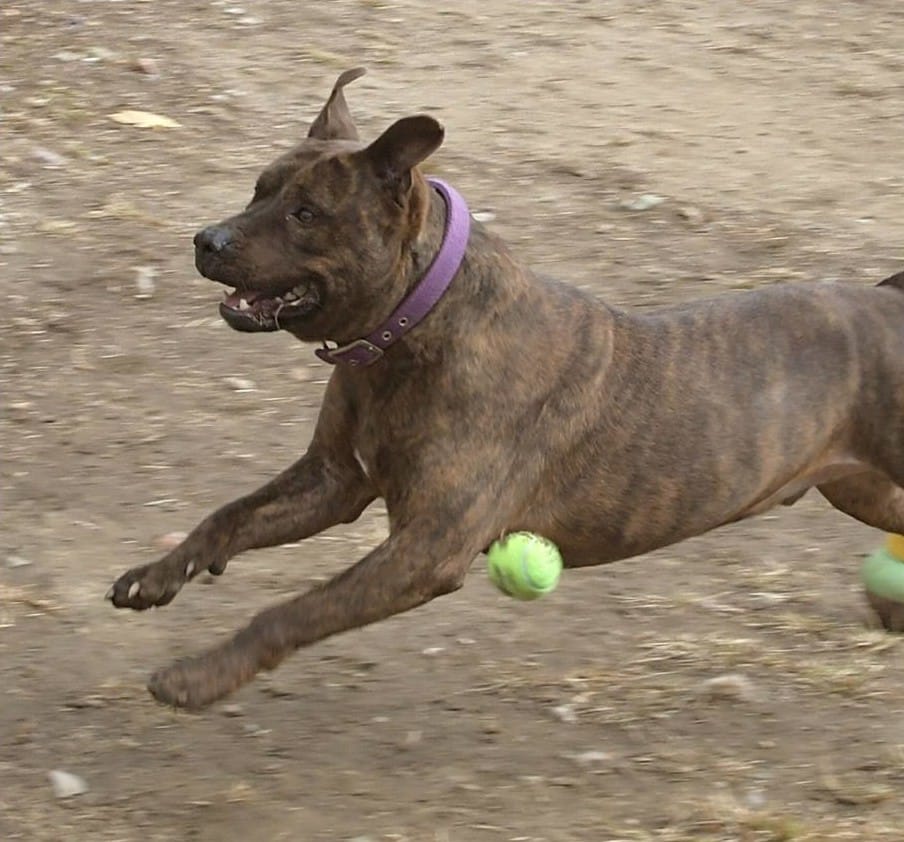 'Cola is Coming to Town', has 800 fans so far, but the dog is still looking for his forever home.

To find out more about Cola or to adopt him you can contact Yonkers Animal Shelter, or visit his PetFinder page, here.