This is a story of two unlikely best friends. Iris Grace, a little 5-year-old girl with autism, lives alongside her 1-year-old Maine Coon cat, Thula. 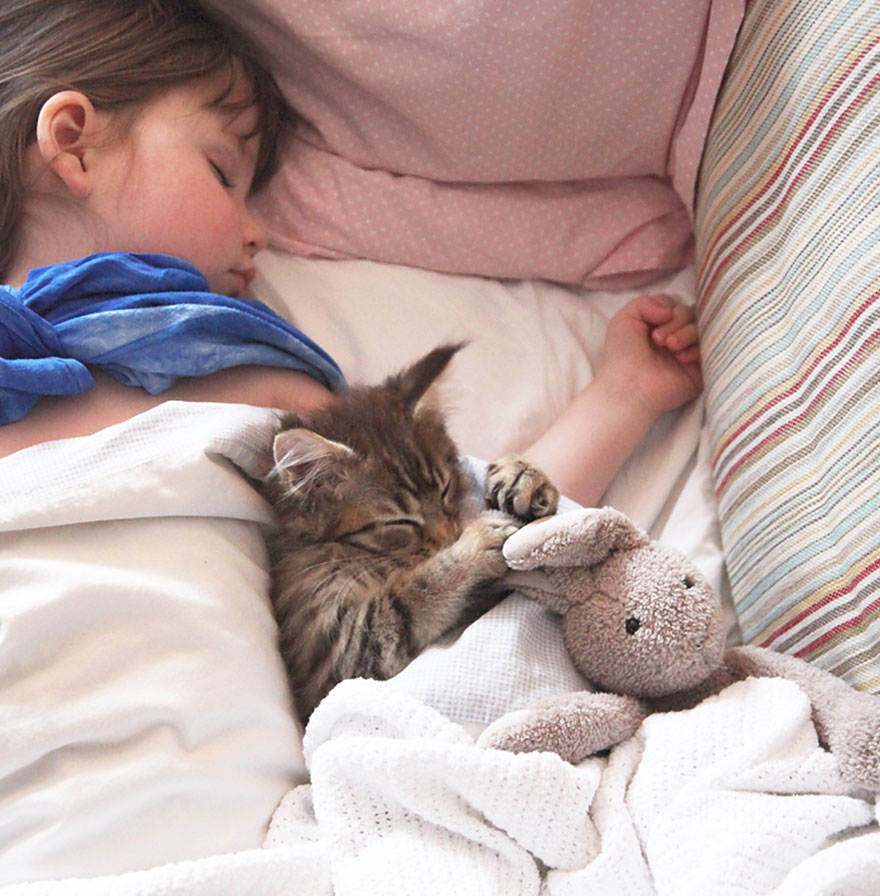 The two companions live in Leicestershire, near Birmingham, UK. Suffering from severe autism, Iris Grace never used to be speak. But when her feline companion joined the family, she helped Iris Grace find her voice. 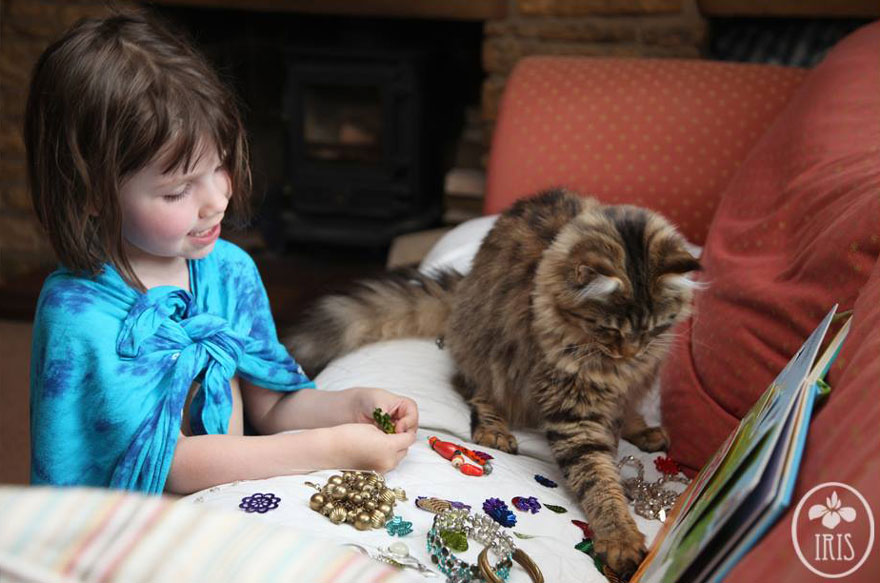 Iris Grace's mother, Arabella Carter-Johnson, has written a book about her daughter and her feline companion which has recently been published.

In an interview with BBC Breakfast, Arabella explained her concerns for her daughter before the cat arrived:

She was severely autistic and they said she may never talk. She may never be able to develop the relationships that other children can have.

And then we got Thula and everything changed, there was a remarkable difference. She was able to communicate with us about what she wanted. 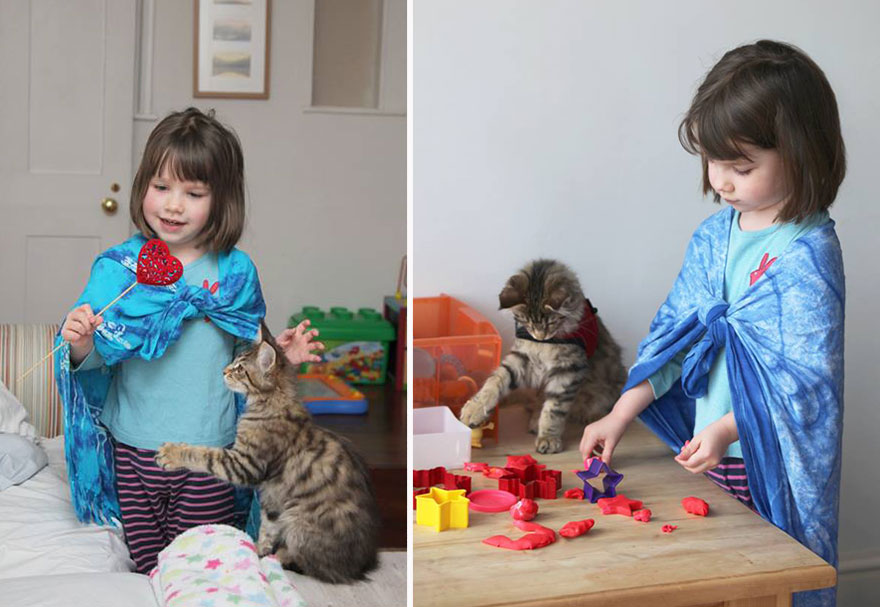 She's gotten over her fears

Meeting her cat, Thula, changed everything for Iris Grace. She gained strength and confidence alongside her feline companion, and became more open to the world.

Iris Grace started communicating, at first telling the cat to sit, and then developing into more complex sayings. She's now more open to building relationships with others thanks to her bond with her cat. 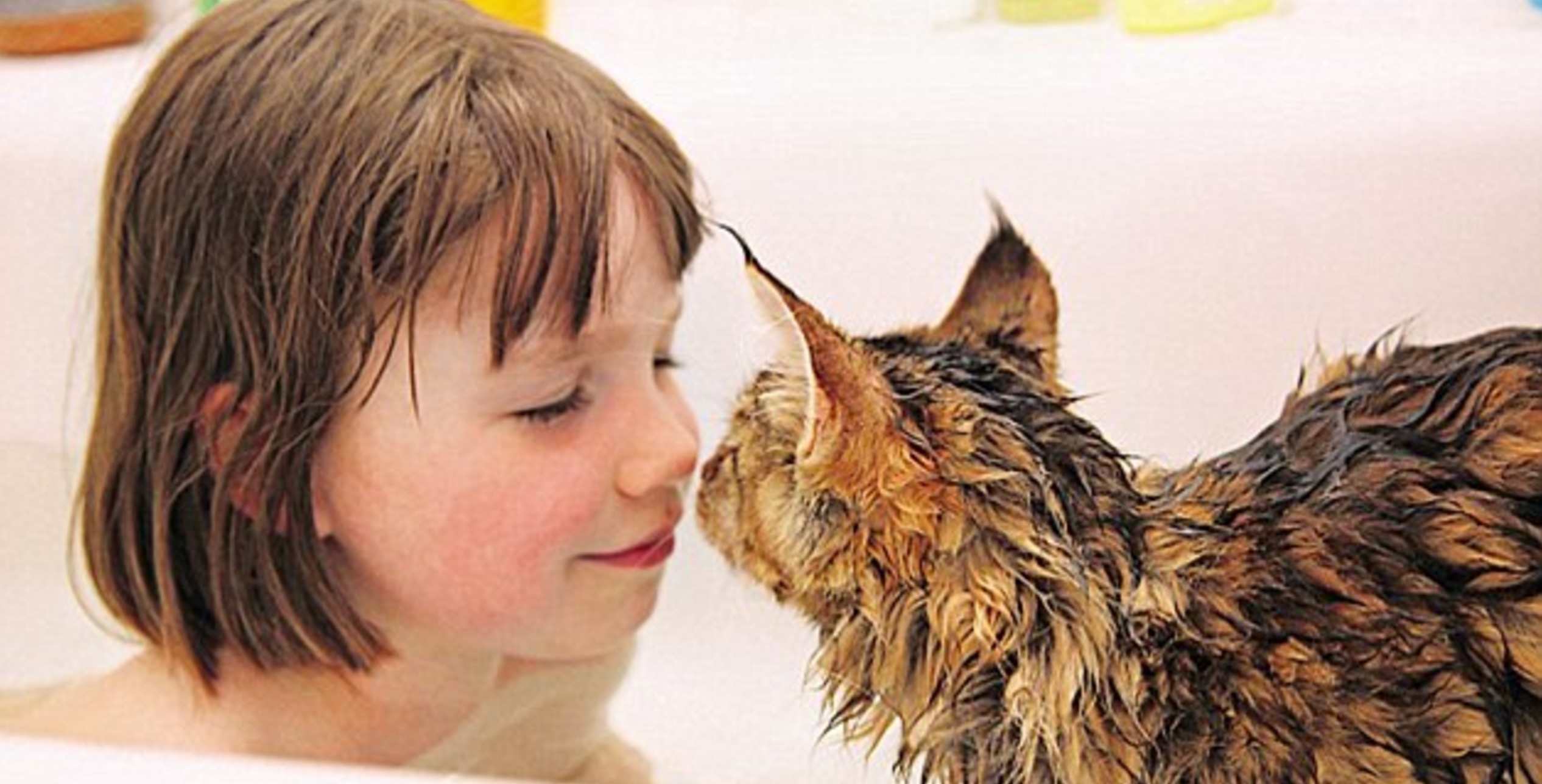 “What ever activity we are doing Thula is there and wants to help and be involved,” Arabella Carter-Johnson told Bored Panda. Whether it's playdoh, painting, reading, going on bike rides or playing puzzles on the iPad, her Maine coon is always beside her.

"She offers Iris her companionship, friendship and supports me in encouraging Iris to interact," continued her mother, Arabella. 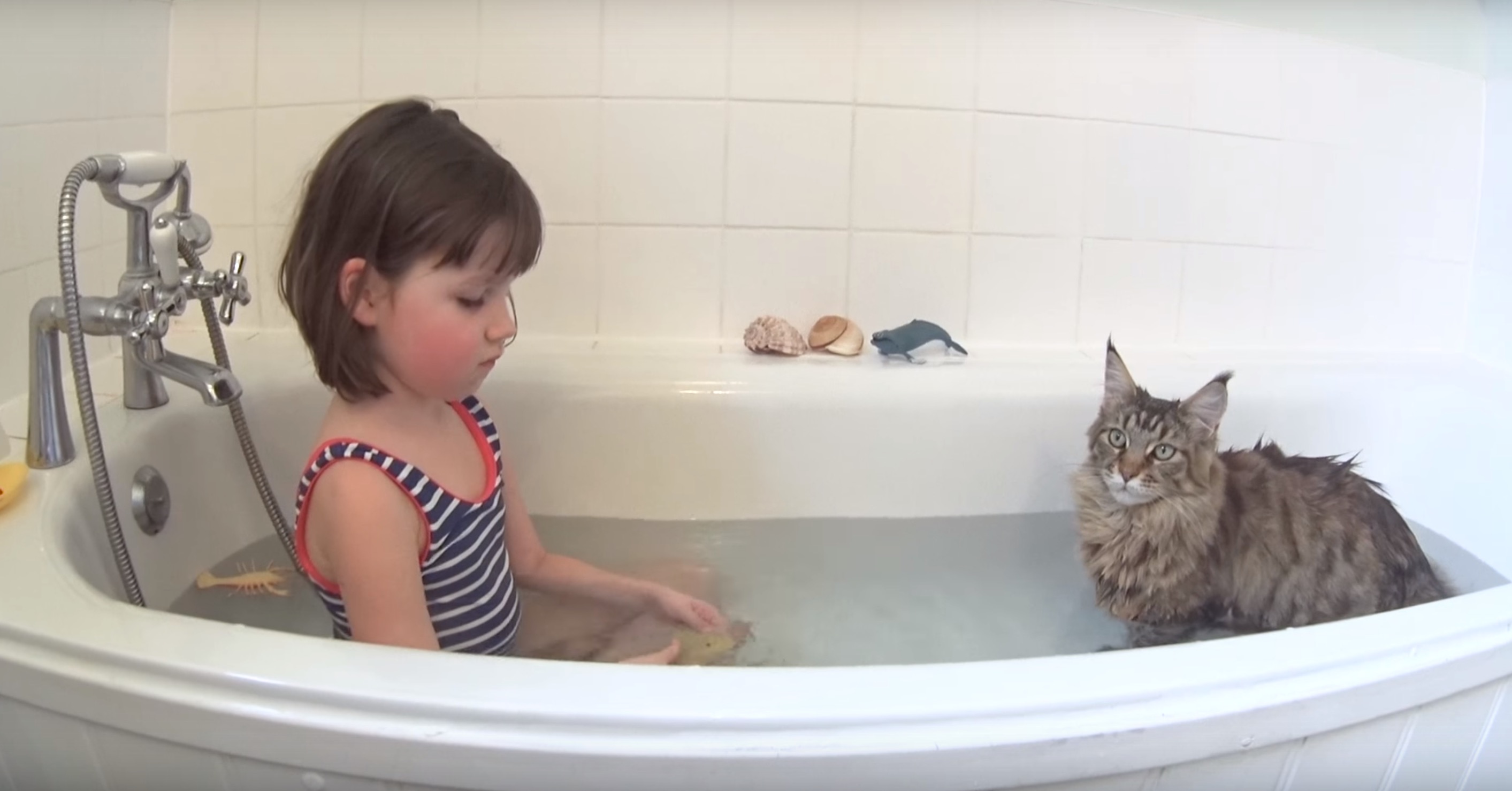 Iris Grace once had a phobia of water and refused to take baths. But now that the Maine coon accompanies her, she is happy to. She even comes into the swimming pool with her little friend to make sure she feels safe. 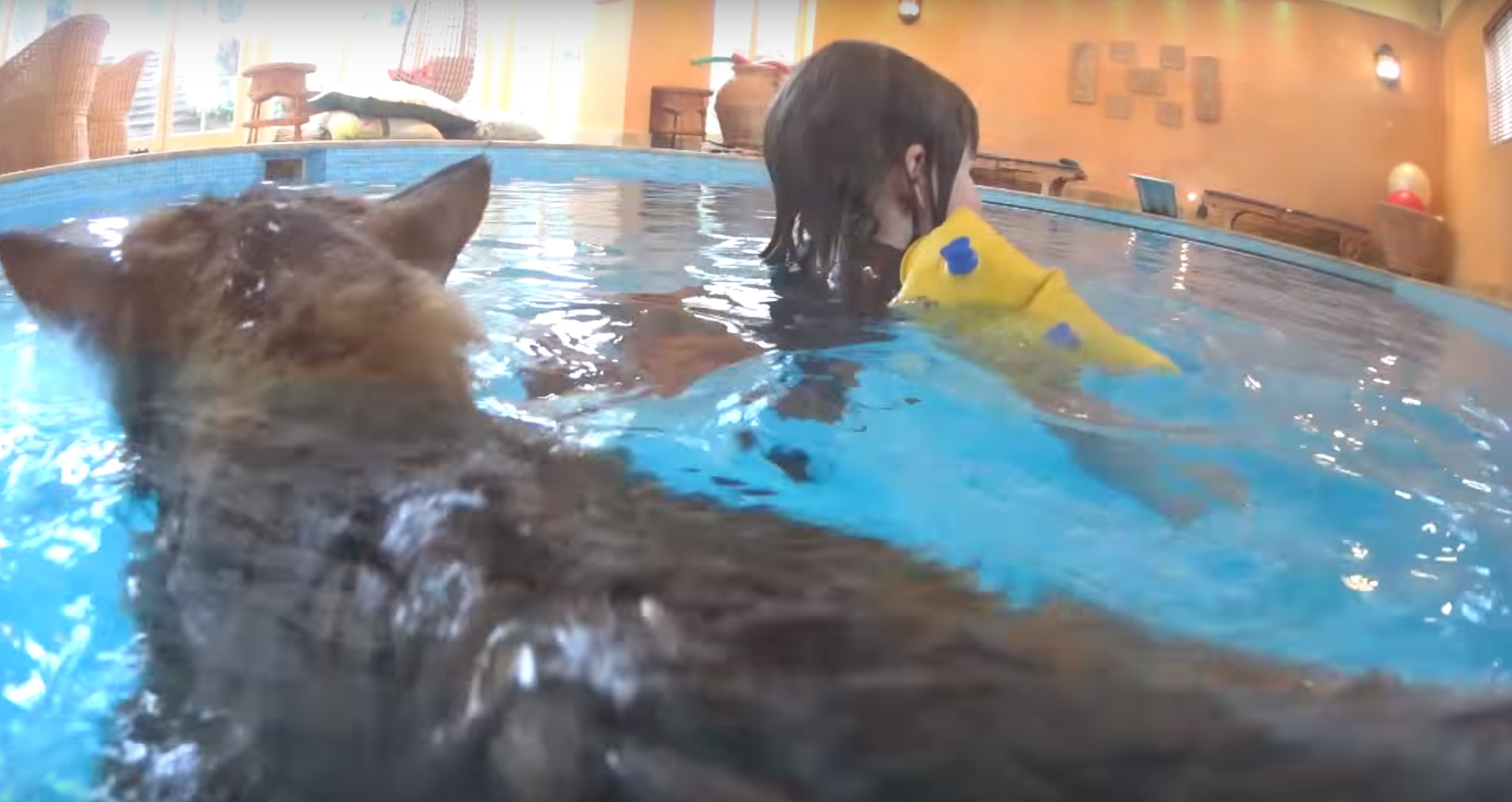 Iris Grace is coming out of her shell more and more now. She has proved to be an incredible painter, with fans of hers buying her works of art for as much as £1,500. Of course, Thula is always right beside her while she paints… 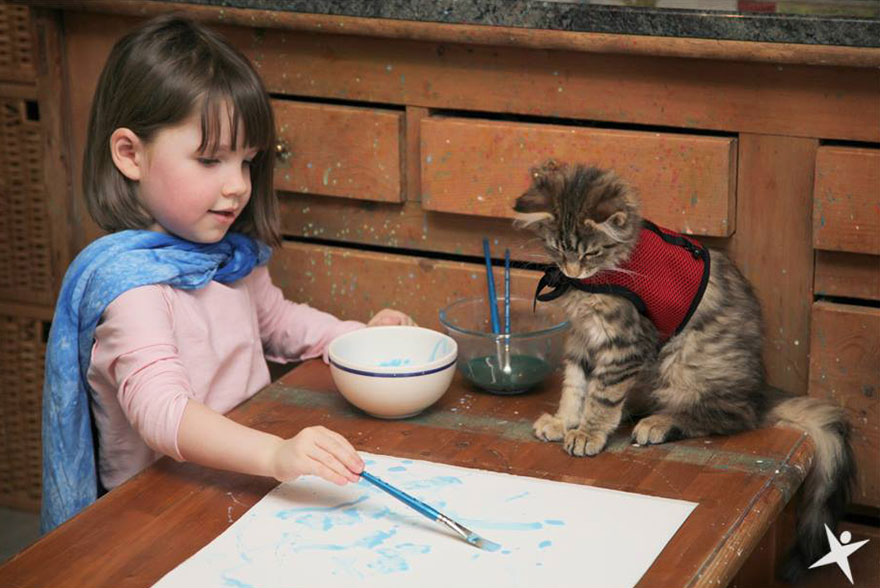 Watch the video about their unbreakable bond here: