People in Malaysia are searching for the person who killed a kitten and dismembered their body before leaving it on their devastated family's doorstep, according to news website The Star.

Mohammad Rosmawar, the kitten's owner, found the tiny cat, who was only 2 weeks old, outside his front door on the morning of October 16. He was said to be shocked at the discovery and bewildered as to who could have done such a thing:

It saddens me to see the body of my kitten. We are very fond of the kitten for its blue eyes […] I never thought that my kitten could be mutilated in this manner.

Rosmawar, from the town of Sekinchan, said that he had only lived in the area for a year and had had no known enemies among his neighbors.

The Selangor Society for the Prevention of Cruelty to Animals (SPCA) has urged Rosmawar to report the murder to the Department of Veterinary Services (DVS), who could prosecute the killer. If found, they could face 3 years in jail, as well as a fine of between RM25,000 and RM100,000 ($8,050 and $32,000).

"We also urge the DVS to prosecute the abuser to the full extent of the law. This heinous act is unacceptable and inhumane," read a statement by the animal welfare group.

Their chairman, Christine Chin, added that people must be vigilant and watch out for possible animal abusers in their neighborhoods:

Our voice and action must be strong and assertive in order to make changes for the betterment of animal welfare in Malaysia. A brutal action comes from a brutal mind. Perpetrators of animal abuse rarely stop at killing animals, they continue to be violent in society. 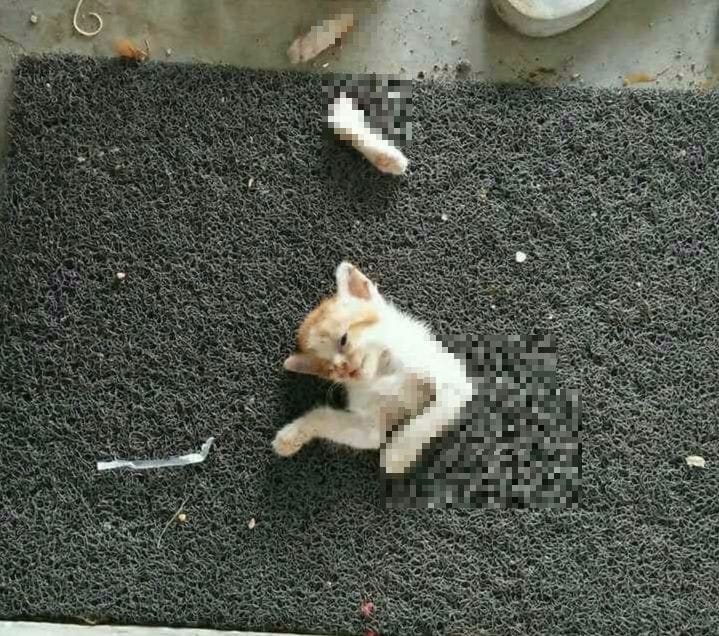 This fact is becoming more and more accepted by the police and the FBI, leading several agencies to reclassify animal abuse from a misdemeanor to a felony to be tracked alongside incidents such as arson and murder.

3 other kittens living with Rosmawar have been sent to the man's mother for their safety.