All over the world, people adore seeing white tigers. It's not hard to see why; they are very striking. But there is a dark secret behind the white tigers you see at zoos, or anywhere else for that matter; the vast majority are very, very ill.

This is because today's white tigers, bred constantly as lead attractions at zoos, or as sought-after 'pets', are inbred. You can only get a white tiger if two tigers that have the recessive gene for white are bred together and, because the gene pool is so small, breeders sometimes go to extremes to carry on producing them, such as forcing a father and daughter, or brother and sister to mate.

Where do white tigers come from? 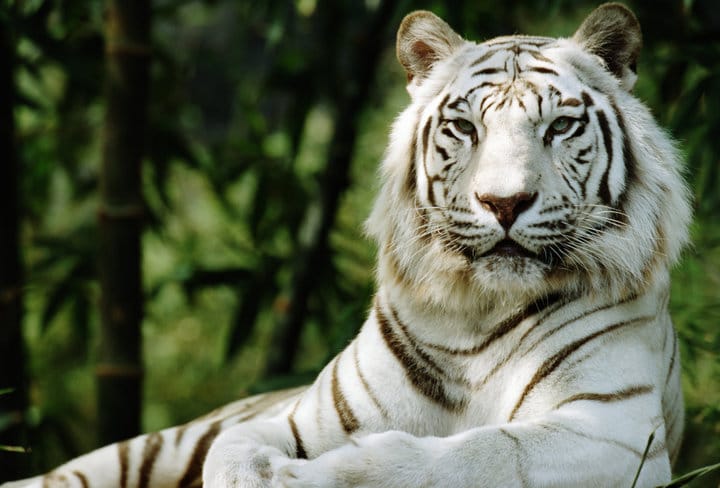 White tigers do occur in the wild, but because they can't blend in with their surroundings, white cubs are easy prey for predators and often mothers will abandon the unusual cubs to protect the rest of the family. Because of this, they are very rarely seen in their natural habitat. Another reason is because white tigers that did survive were often shot by hunters for their stunning coats.

A white tiger cub was captured in 1951 and named Mohan. His 'owner' decided that he should try and create more of the special-looking cats, but when breeding with a normal tigress didn't produce any white cubs, he was bred to his daughter. The resulting cubs were white and, despite being inbred, were sent around the world to produce more. 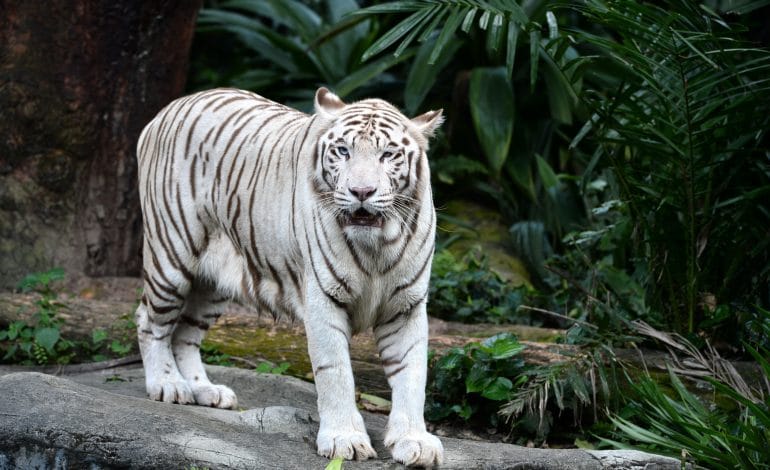 With such a horrific start, it is not hard to see why all white tigers seen in zoos and animal parks today – who are all direct descendants of Mohan and his offspring – face a variety of problems.

What health issues do white tigers have? 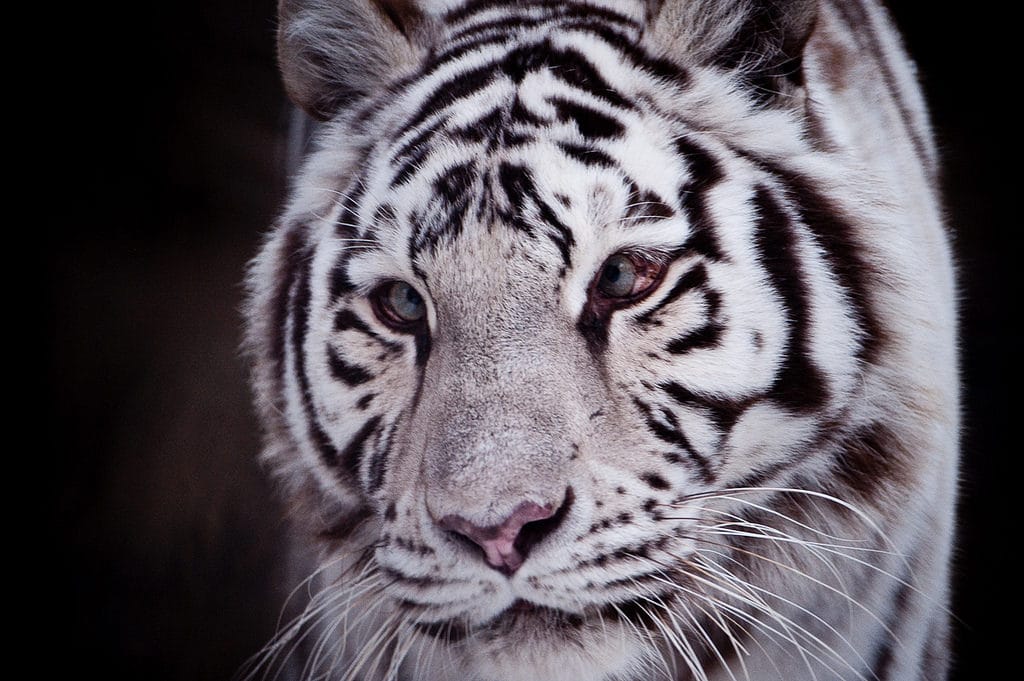 Even if a white tiger appears healthy, they will not be. All white tigers have crossed eyes to some extent, and the vast majority will also have health problems such as club feet, cleft palates, spinal problems and defective organs.

Needless to say, this is incredibly painful for the big cats to live with. A prime example of the consequences of breeding white tigers is Kenny the white tiger, who went viral after people on social media claimed (incorrectly) that he had Down's Syndrome. 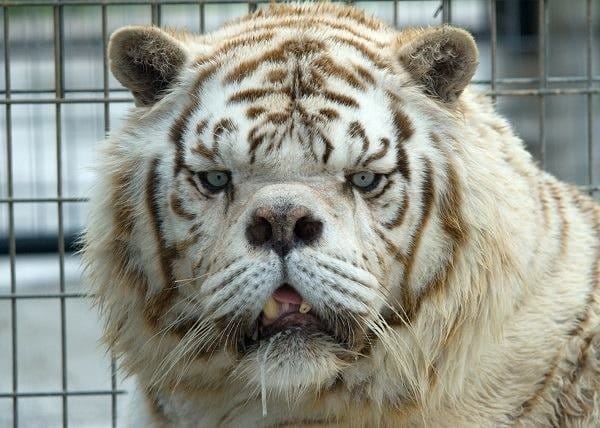 The truth was that Kenny was a severely inbred tiger whose health issues were more obvious than most. Suffering from a deformed jaw and nose, Kenny, like many other white tigers, died a decade earlier than most tigers kept in captivity at 10 years old. 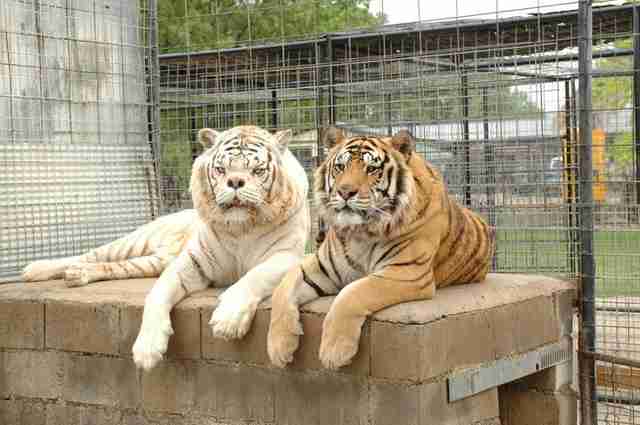 So why do people keep breeding them?

They are a 'color morph' (a variety) of Bengal tigers, not a separate species as many think, but many unethical zoos and 'sanctuaries' claim they are to justify breeding them. For them, the beautiful creatures draw in crowds, or give the owner something to boast about; not only do they 'own' a dangerous, wild animal, but they own a 'rare' one too. 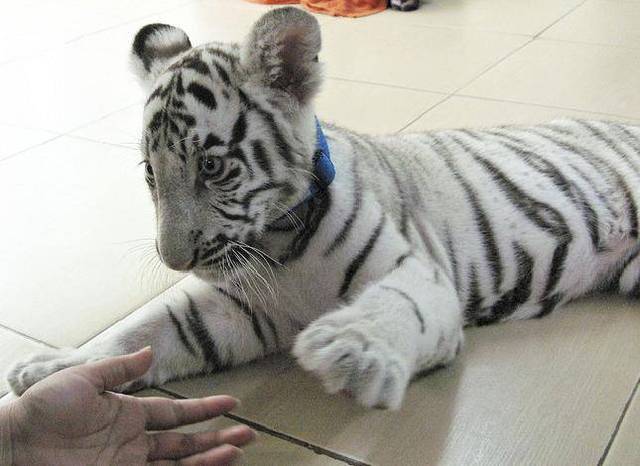 The health problems these animal get alone is enough to make breeding them unethical, but there are other, horrendous problems associated with the practice too.

To meet the demand for white cubs, breeders will relentlessly mate their tigers, since litters will also produce normal-colored cubs, which are considered worthless. These babies not only have the same risks of health problems as the white cubs, but also don't contribute to tiger conservation even if they are 'healthy' as the 2 tiger subspecies – Siberian and Bengal – are bred together to meet demand. 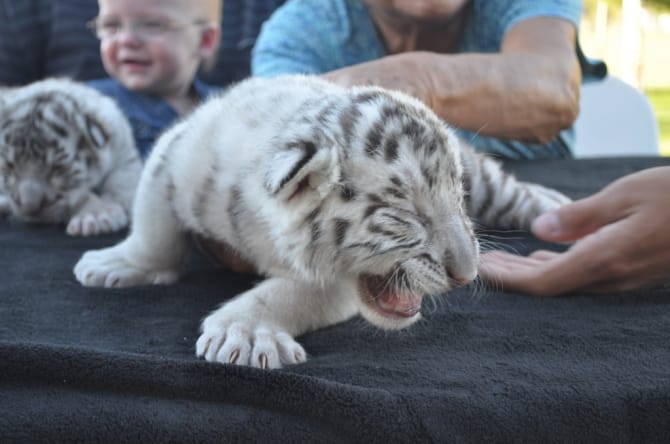 What happens to the unwanted cubs is hard to imagine, but, if they do not end up being exploited for selfies or in people's homes, they are killed, often inhumanely, if they don't die at birth from deformities. In short, for every 'healthy' white tiger there are 30 deformed, stillborn, or euthanized cubs.

Photos with tiger cubs are a major attraction all over the world, but to keep the animals docile and 'safe' for humans to handle, they are often drugged and declawed too.

What can we do to help?

Luckily, the American Zoo Association has banned breeding white tigers, but sadly this doesn't stop those who only see them as a money maker. The first thing to do if you see a white tiger on display is to look at what information is being given to you about it.

A reputable facility that cares about its animals will tell you about the problems with white tigers and will be up front with how they got the tiger. For example, Big Cat Rescue, a sanctuary for rescued big cats, have information pages about residents such as Zabu, explaining that she is a rescued feline and not deliberately bred by them. 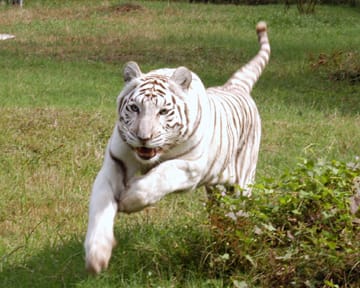 More awareness is needed about white tigers, as many still think that they are a perfectly healthy, separate species that needs protecting like other tigers. Just look at Las Vegas, where cubs are a major tourist attraction that thousands flock to every year. Telling people you know about what these creatures really are will eventually lead to change and help conservationists.

Finally, donating to sanctuaries, such as Big Cat Rescue and The Wildcat Sactuary, who ensure that the cats they rescue cannot be bred from and will be able to live out their lives in peace.