When Jenine-Lacette DShazer spotted a homeless man looking "crumpled" with his small white dog on the streets of Fresno, California, one cold December day, she knew she had to do something. 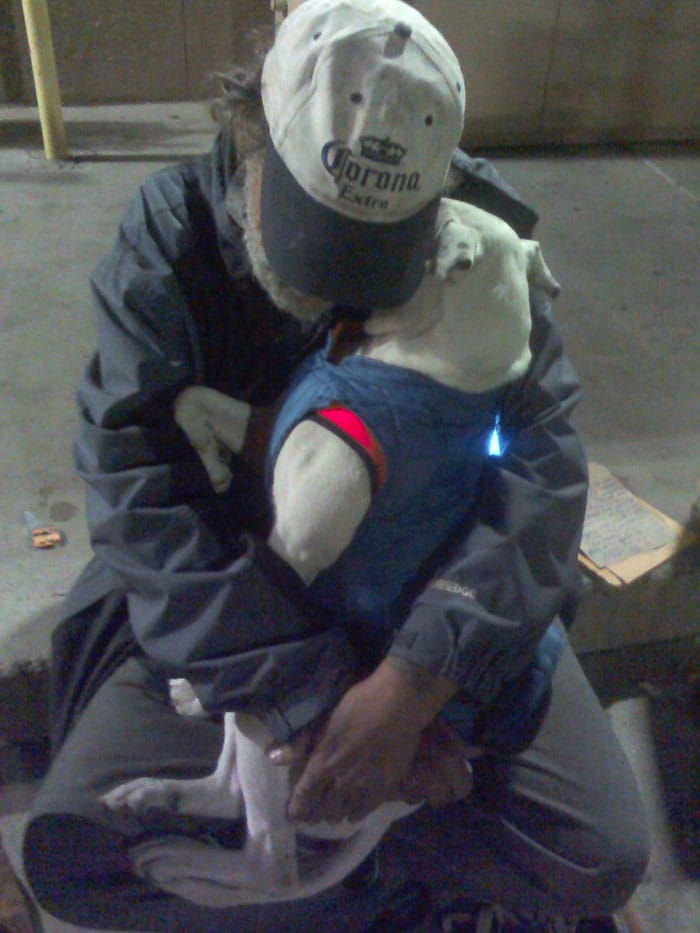 She went to her car and returned with cat food, a blanket and toilet paper to give to the man. She told the Fresno Bee:

He didn’t ask me for money or anything; he was just appreciative, first of all, that I noticed him, that I talked to him, that I didn’t treat him as less-than, and he was exceptionally grateful.

The man, Clifford Herbert, and his dog, Baby, were inseparable. He loved her more than anything, and that's why he needed to find her a new home.

Because he was dying of cancer.

Herbert had been a farm laborer and mechanic, but he became disabled in 2006 after heart surgery left him in a coma. He also needed to have a tracheotomy – a tube permanently placed in the neck to breath – meaning he could barely speak. 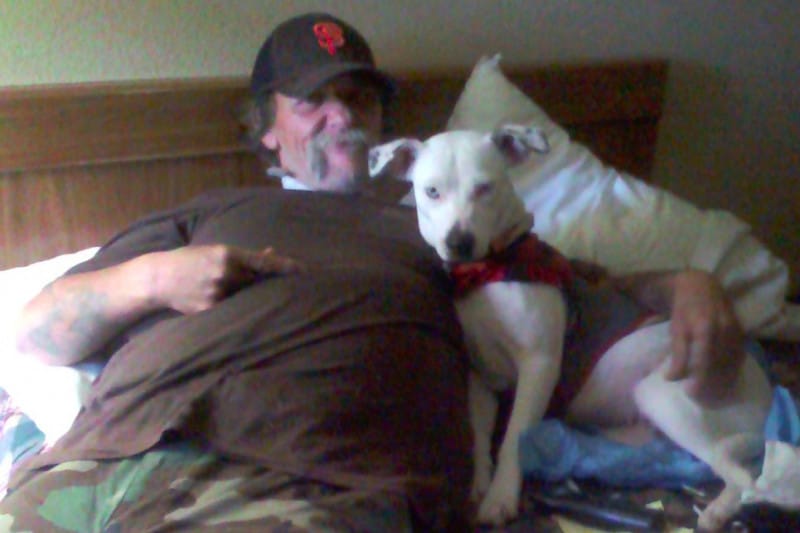 Now he has cancer which has spread to his brain. He would no longer be able to take care of himself or his beloved, Baby, so he wanted help finding a good home for her.

Herbert had rescued the Pit Bull, Australian Shepherd mix from a man who was beating her with a flashlight.

The dog clearly loves him. She cuddles up to him when he plays his guitar and makes him feel "safe and comfortable." 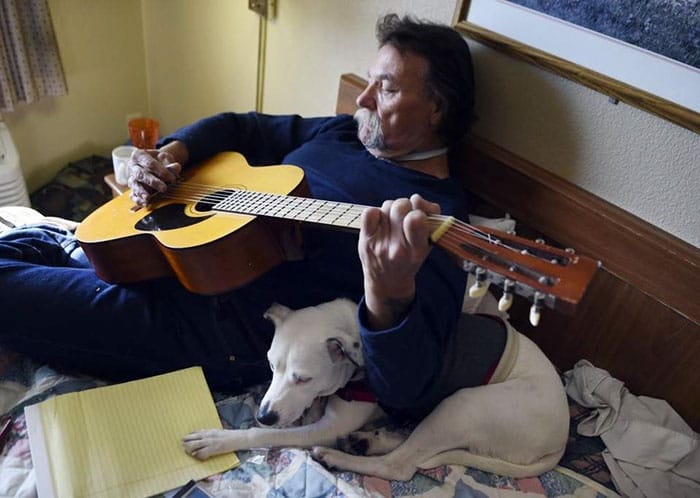 DShazer started a GoFundMe page for the pair, which has since been closed, as their goal was reached. The money was used to put up the duo in an extended stay motel for as long as it took.

She managed to raise over $25,000, and most importantly of all for Herbert, she found Baby a forever home with a family.

Baby has a little girl and other animals she can play with, as well as parents who will take good care of her.

Herbert is thrilled that she will be happy and the money raised will help him stay off the streets in the last moments of his life. After all the suffering the homeless man and his dog have experienced, this final wish was granted.