Huckleberry is like any other Golden Retriever: smart, curious and energetic. But Huckleberry is also a little… odd. At least concerning his favorite hangout spot. 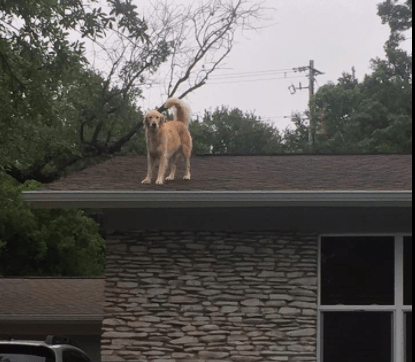 This dog's favorite place to people watch is actually the roof of his Austin, Texas, home. 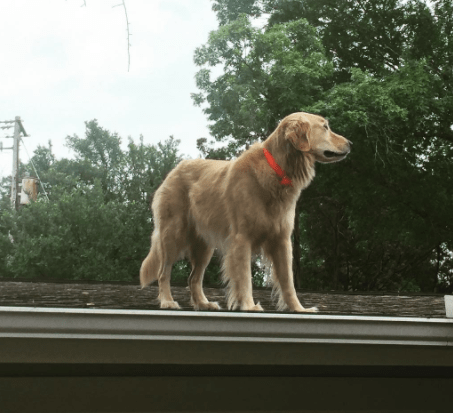 According to his humans, he somehow discovered a way to get from the backyard onto the roof and has been going up there ever since.

This causes extreme confusion and concern for those passing by, so much so, that the family has had to write a 'Don't Be Alarmed' note to let people know he's ok. 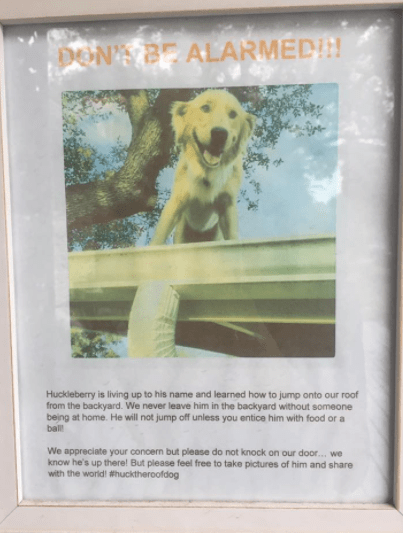 Huckleberry is living up to his name and learned how to jump onto our roof from the backyard. We never leave him in the backyard without someone being at home. He will not jump off unless you entice him with food or a ball! We appreciate your concern but please do not knock on our door… We know he’s up there! But please feel free to take pictures of him and share with the world! #hucktheroofdog

Thanks to his odd behavior, Huck has even found Internet fame! His Instagram account has amassed over 24,000 followers, eager to see what the adorable pooch is up to next. 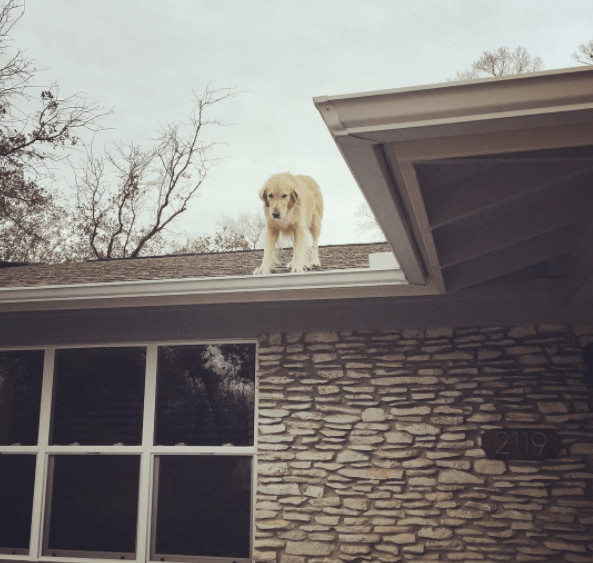 If you ever spot Huckleberry, be sure to snap a picture and use his hashtag, #hucktheroofdog!