Norwegian photographer Torgeir Berge takes photos of wildlife for a living. One day, he decided to bring his dog along on his excursions. But he never thought his canine companion would end up becoming friends with a wild fox! 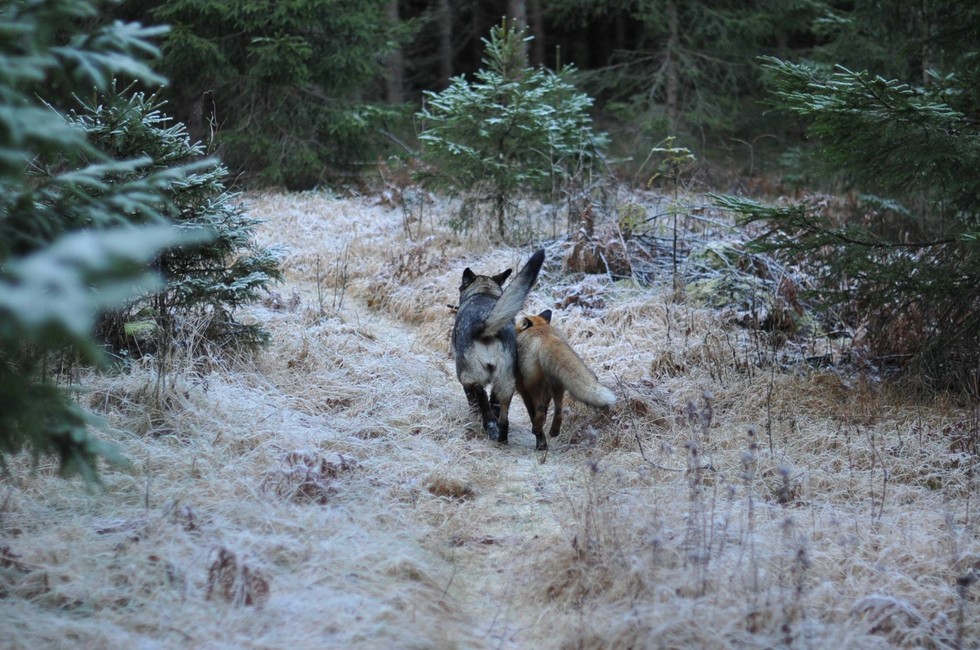 Even though foxes are meant to be a threat to our four-legged friends, this one here proves he's nothing but an adorable little creature, desperate for some fun and games. 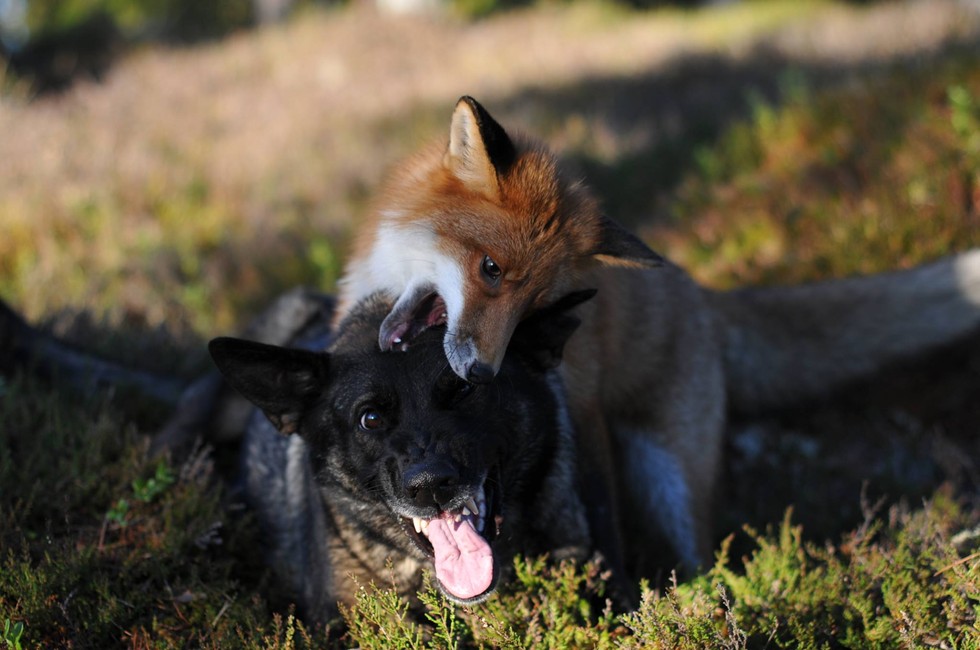 Over the course of their outings, Tinni the German Shepherd and Sniffer the fox have become ultimate playmates. 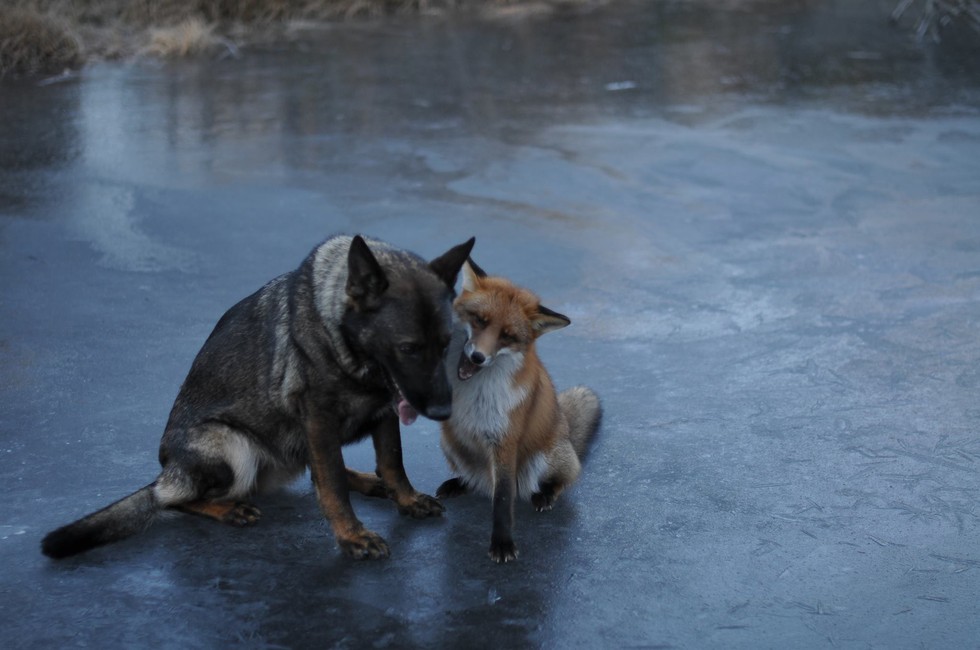 Luckily, Tinni's human has managed to capture their unlikely bond in a series of photos. Whether they're playing in the snow, or walking through the woods side by side, these two are truly inseparable buddies. 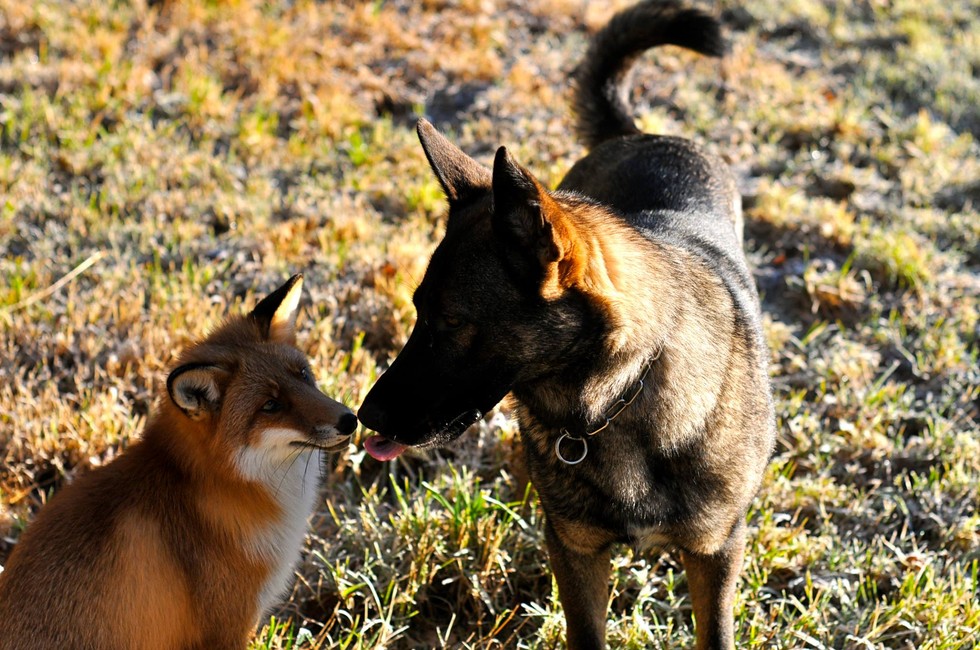 Talking about their friendship, Torgeir Berge wrote on his Facebook page:

Foxes are just like dogs in their behaviour and personality. It brings tears to my eyes to think of all the foxes trapped in cages for their entire lifetime. 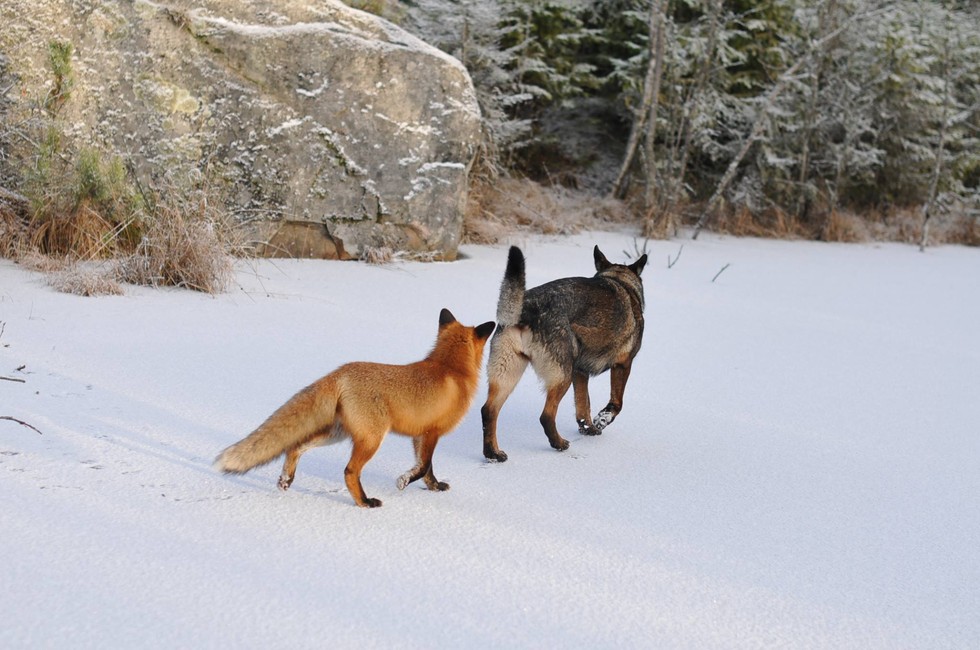 Foxes are known for their fur, which they are tortured and killed for so that humans can wear 'soft' clothes and accessories. However, they are very sensitive and friendly creatures.

Armani, following in the footsteps of other big fashion brands, has just announced that they will no longer be using animal fur in their clothing range. An excellent piece of news for Sniffer the fox, and no doubt, his canine friend!