Cloud, a moon bear who spent most of his life on a bile farm in Vietnam, was saved by animal rescue group, Animals Asia, in June 2017, along with 8 other bears. When he arrived at the association's sanctuary, he was skeletal, suffering from muscle problems and had a large part of his tongue missing, possibly after having been bitten off by another bear. 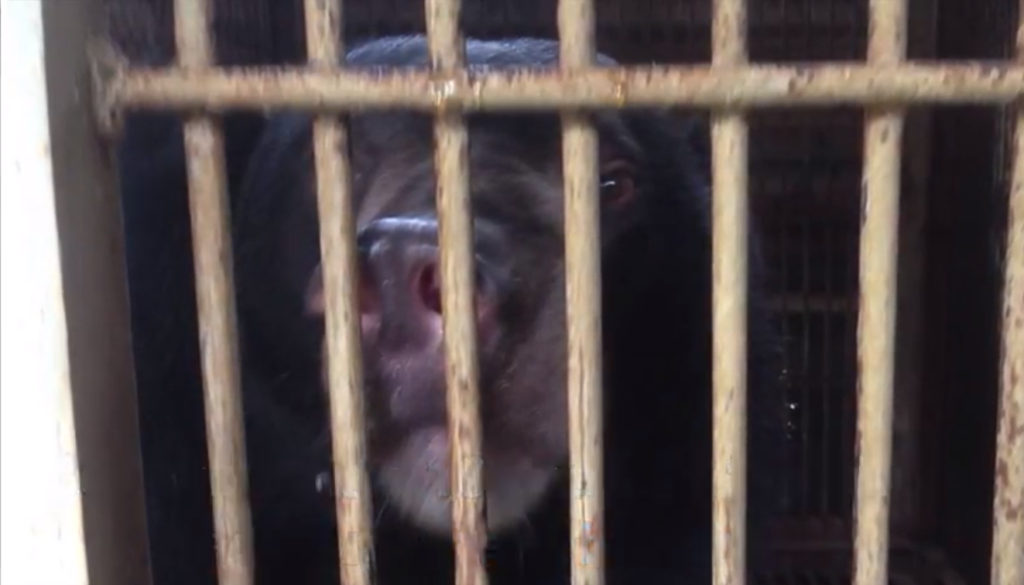 Every year in Asia, hundreds of bears suffer torture and abuse at the hands of bile farmers. For years at a time, each bear is drained of their bile in a painful procedure, while being kept in tiny, cramped cages. Their bile is then sold to be used in traditional medicine. This is what was happening to Cloud and his friends, who were all in terrible physical and mental condition when they were rescued.

Although most of the bears were extremely traumatized after their long, painful ordeal, they also seemed to relax a little when they were taken to the sanctuary. Despite their injuries, cracked paws and stiffened muscles, they set about sniffing out every inch of their enclosures, climbing the trees and exploring the bamboo planted especially for them. 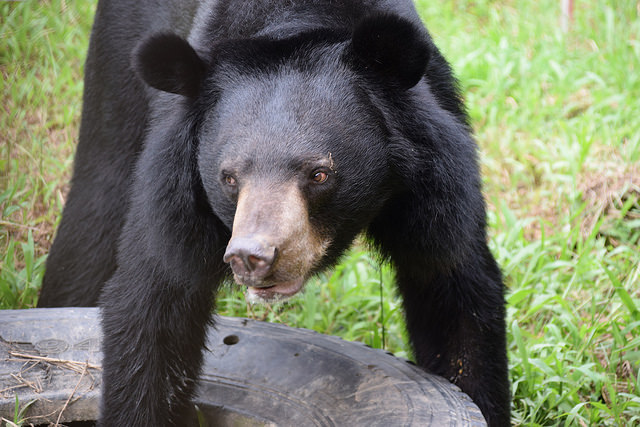 10 years eating only gruel hadn't killed their love of food; to the delight of staff member at the sanctuary, they devoured bananas, watermelons, carrots and all manner of other things they found in their new home. Cloud, however, found it quite difficult at first, as Sarah van Herpt, the association's director, recalls:

When we first met Cloud, we were concerned about his eating. He struggles to move food around and down his throat because of his lack of a tongue. We would often find that he could only manage about half the food that had been chopped up for him.

But after a few months in the sanctuary, he is now coping beautifully. He likes to feed from a spoon, although his big appetite means he gets a bit greedy sometimes and snatches at the spoon before there’s a chance to fill it! He also eats by tipping back his head when he’s taken a mouthful of food so as to chew and swallow it comfortably.

Cloud has settled wonderfully into to his new home, but there's still a long way to go for him. Currently, he hasn't been reintroduced to other bears as he just had surgery, but his carers expect him to be out and about in no time at all.

Animals Asia has saved more than 600 bears over the years, most of which were rescued from bile farms in China and Vietnam. 270 continue to live and thrive in their sanctuaries in Asia. 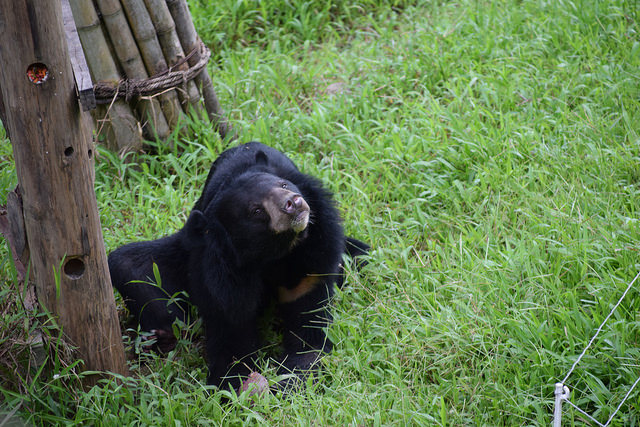 To help support their amazing work, donate by clicking here.