In December, Dan Martin, an English wildlife rescue worker, got a call from a worried woman reporting on an injured fox in the area. He immediately stepped out to see what had happened to him and found the fox limping, reports The Dodo. 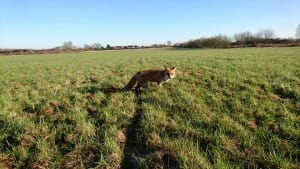 Martin approached the fox slowly, and for about 20 minutes he had to keep his distance so as not to scare the poor creature. Finally, he allowed Martin to come close, wrap him in a soft towel, and transport him to his car. 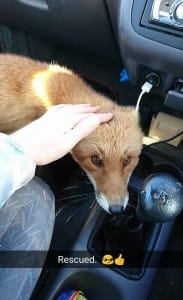 The only available appointment at the veterinary clinic was for the next morning, so Martin decided to take the fox, whom he named Basil, home for the night. There, he treated the injured animal to a soft bed and lots of treats. 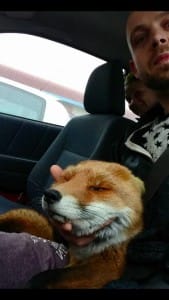 When they woke up the next morning, Basil would not stop cuddling Martin. He said:

He became amazingly cuddly. I can only assume he was grateful for the help and all of the treats he had the night before. 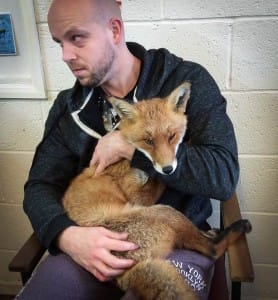 In the waiting room at the vet's office, the fox continued to cuddle him and seemed truly thankful to Martin for saving his life. 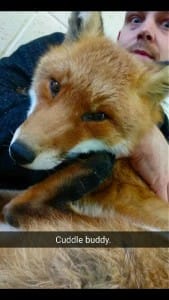 After examination, the vet said that Basil had been shot in the leg and that he would have to have his leg amputated because of the damage. 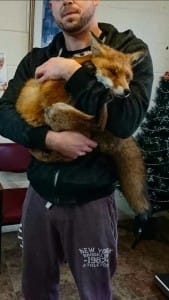 He also noted that the animal had most likely also been born in captivity because of his tame and friendly demure. 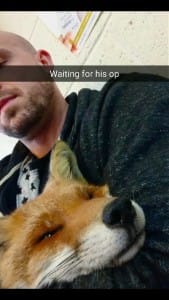 Martin decided to wait with Basil for his operation, as it would be rather traumatizing and scary. He continued

He was so cuddly with me I opted to stay with him for the hour-and-a-half wait for his surgery, which he seemed really happy about. I was even there as he drifted off to sleep on the operating table. 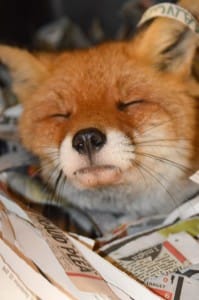 After his surgery, which went very well, Basil was taken in by the National Fox Welfare Society who are currently taking great care of him and helping him recover.

He is adjusting very well to his life with three legs and keeps smiling for photos while the team decides what will be best for his future. 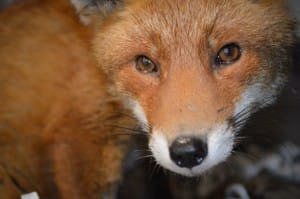 You can make a donation to the National Fox Welfare Society to help them save foxes who deserve a happy life just like any of our pets. 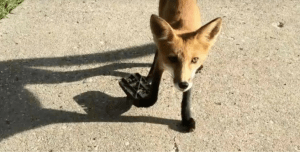