To give a new face to the homeless and come to the aid of the stray dogs in Rio de Janeiro, Brazil, Glenn Greenwald and his husband, David Miranda, launched an original project: to create a shelter where the employees come from the street. 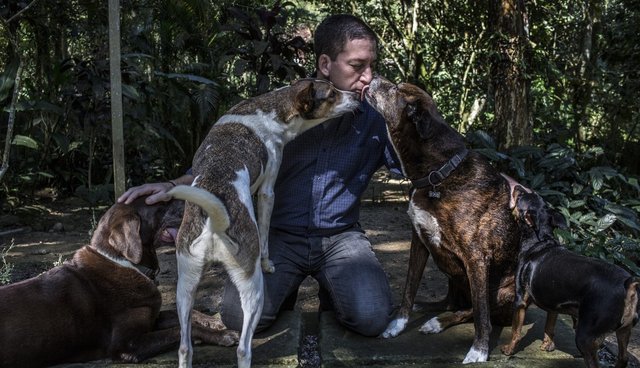 A professional journalist, Glenn had produced two short films in 2015, produced by Laura Poitras (whose work Citizenfour won an Oscar for best documentary in 2015) to show to the world the tenderness and attention the homeless are able to give to their animals, even stray and sick animals.

These two short films were accompanied by an article on their site, The Intercept, titled "How Dogs Forge a Bond with Rio’s Homeless That Is Life-Saving for Both." 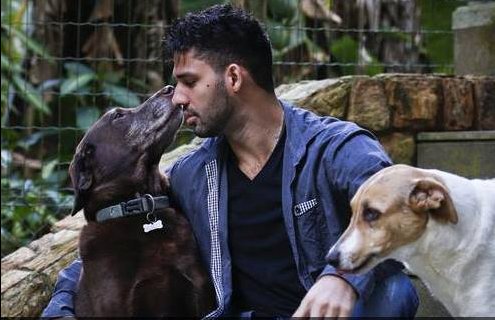 David Miranda, Glenn's husband, ran in the local elections in 2016, and managed to obtain a seat on the city council, and promised to create several programs for the homeless, humans and dogs alike.

Unfortunately, the dire financial situation in Brazil made any financing next to impossible, and accentuates the gap between the different social classes.

To accomplish their goals, and to inspire others with similar projects, the couple decided to launch a new type of shelter, where the animals and employees were both homeless. The venture had two goals: to allow the homeless real work taking care of animals, and allowing the city's stray animals to receive care.

In addition, a partner with a local charity was put in place. Each person hired by the shelter would receive temporary lodging, clothing, advice to help stabilize their lives, help opening a bank account and making the transition to permanent employment. 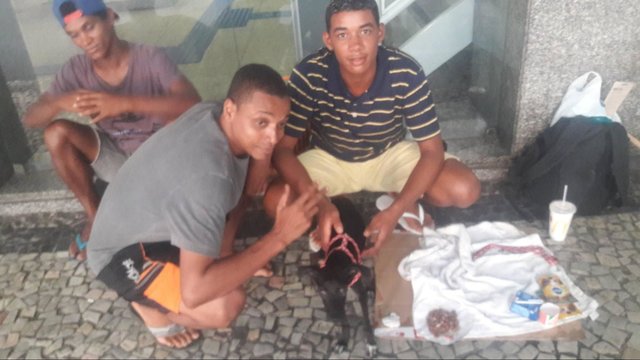 The first person hired by the rescue was named Lucas, and he's 20 years old. Glenn met Lucas after the young man had taken in a sick puppy, and took care of him for several months. Touched by this gesture, Glenn immediately hired him.

A crowd funding campaign was launched on the site, GoFundMe, to help finance this out of the ordinary project. To date, they have raised over $30,000, out of a $200,000 goal. To help, you can click here to donate.

Watch the description of their project in their own words below: