Like thousands of other dogs in Cambodia, Chock Dee was scheduled to be slaughtered to be made into soup – until, just in time, someone came to save him, writes The Dodo.

Michael Chour has been rescuing dogs in Cambodia and Thailand for 13 years, and got a tip that a restaurant owner had acquired at least 8 dogs who he was planning to slaughter. Intending to save them, he made his way there and immediately spotted Chock Dee, who was locked in a cramped cage with 7 other canines:

He was trying to chew through the metal of his cage, and he looked me in the eyes. I knew I couldn’t leave him. 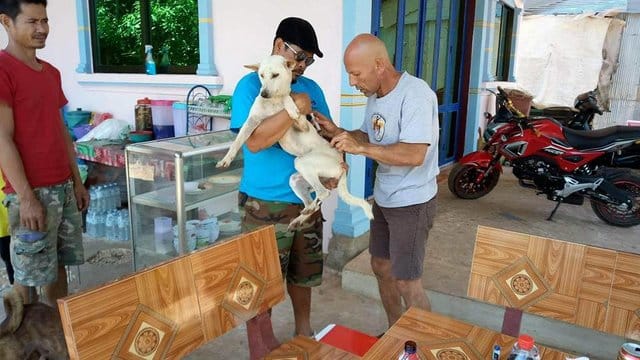 The restaurant owner refused to give all of the dogs to Chour, but said that he could take one. Heartbroken by Chock Dee's desperate attempt to free himself from certain death, Chour decided to rescue him. As he took him out of the cage, the young dog trembled violently, but the man sought to reassure him that he was safe. "I held him in my arms and reassured him that I was not going to harm him.”

Forced to leave the other dogs behind, Chour is devastated that he couldn't rescue every one of them, knowing their fate. But he rests easier knowing that at least one dog is getting a second chance at life and happiness because of him. 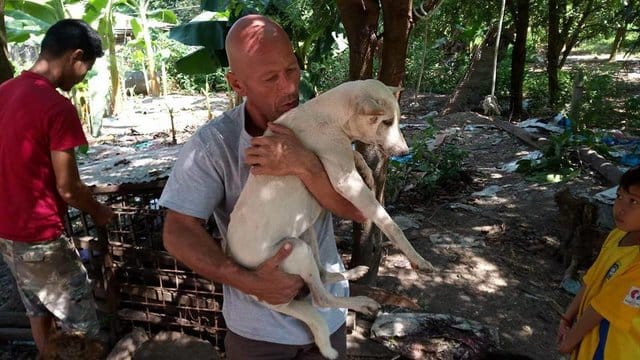 "He’s just looking around, trying to understand the world around him,” said Chour, commenting on how Chock Dee has settled into his foster home, where he will live until he can be adopted. “He enjoys cuddles and kisses, and loves playing with the other dogs."

It is estimated that millions of dogs are killed each year for the dog meat industry, often being raised in horrendous conditions and killed inhumanely before being processed for consumption. 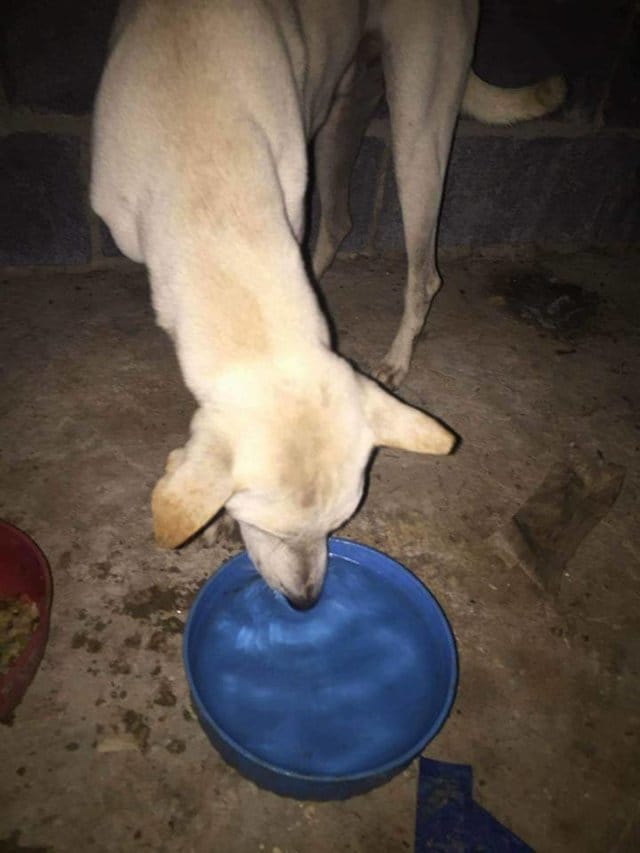 If you would like to support Chour on his mission to save dogs and open a shelter, you can make a donation by clicking here. You can also follow his Facebook page, The Sound of Animals, to keep up with his rescues.