This seven-month-old pup was hit by a car and left paralyzed in the snow for over 12 hours in Alberta, Canada on January 17.

The dog was spotted by two teenagers who were on the way to the local skate park. They called authorities who got in contact with the Alberta Spay Neuter Task Force. 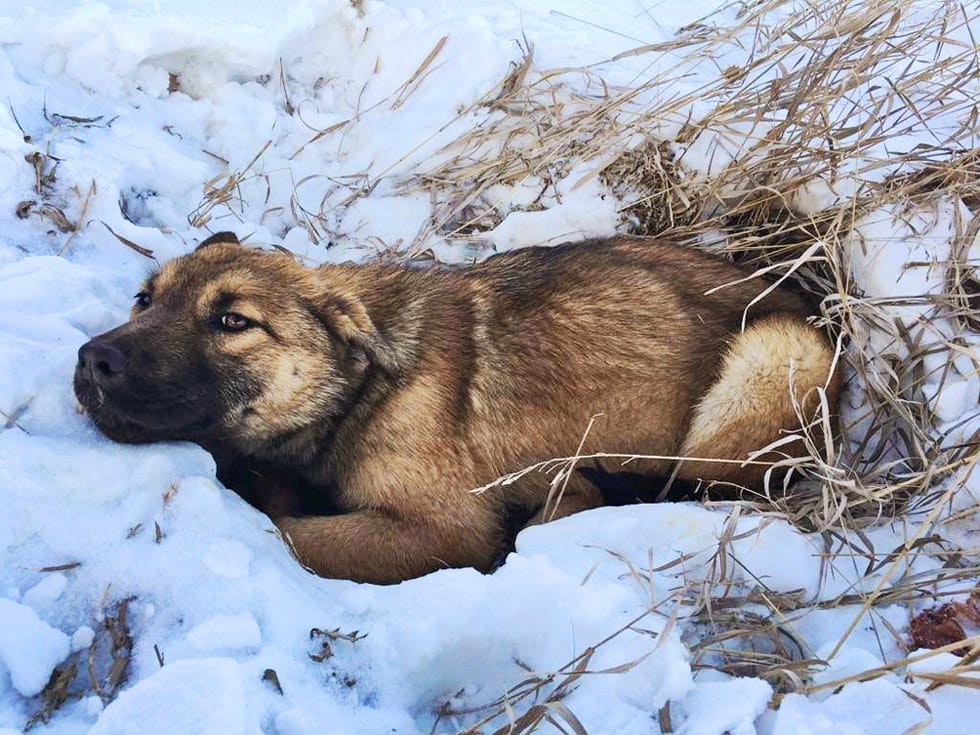 When rescuers started looking for the canine, later named Nutmeg, it was getting increasingly difficult to spot her.

Between the long grass lining the road and the fact that her body heat caused her to sink into the snow as she melted what was underneath her, the danger was mounting for the tiny pup. 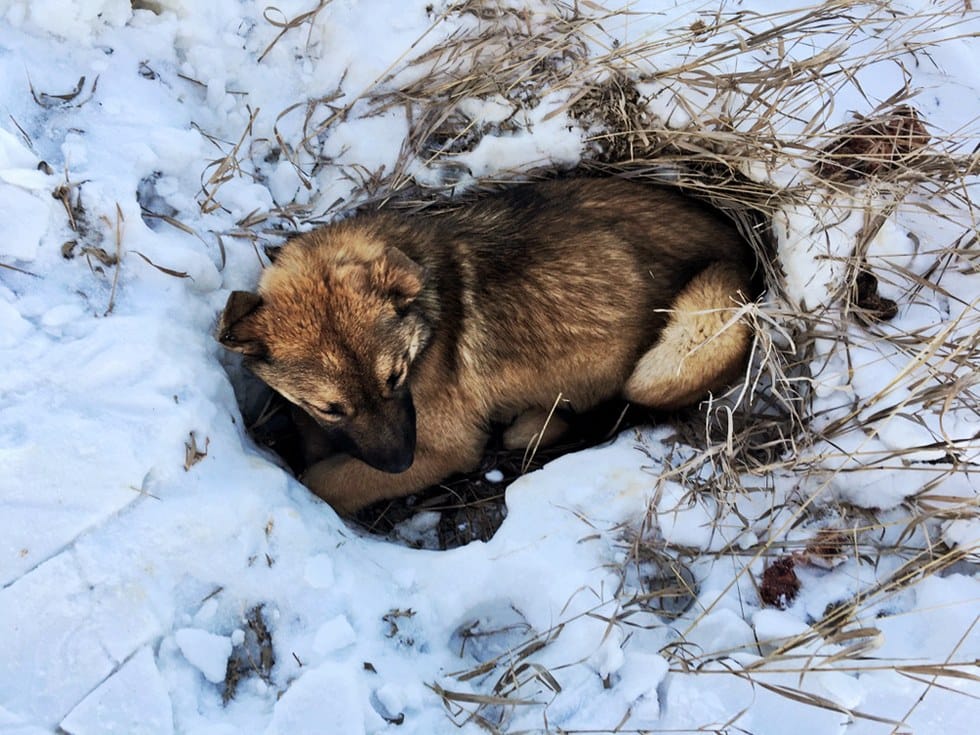 Her body heat had actually created a hole in the snow. She was deep down in the snow. So she was hard to see when they were coming back to look for her. 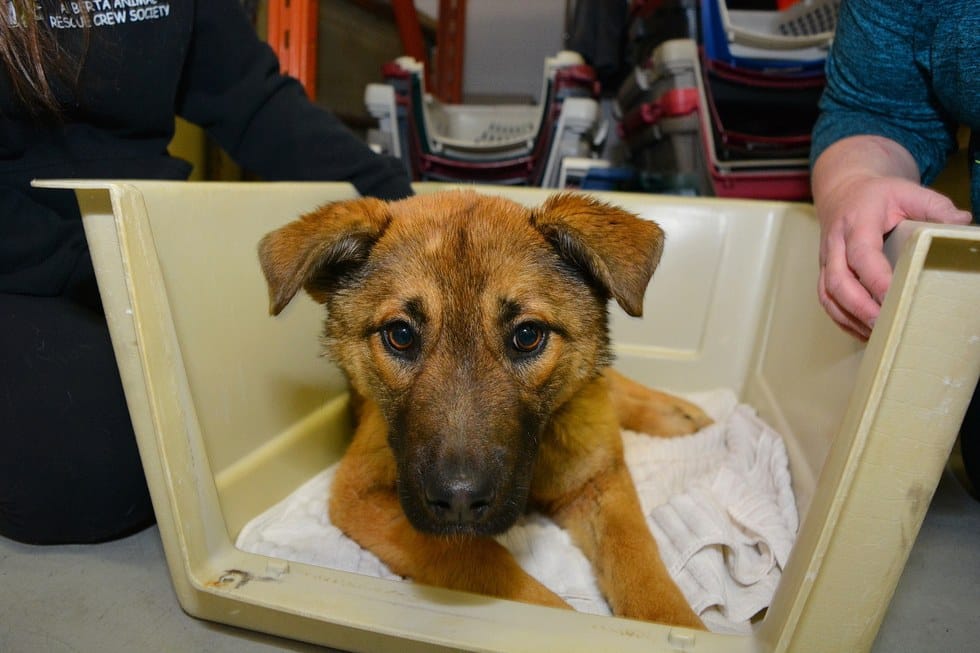 Nutmeg had several pelvis fractures as a result of the accident and couldn't move from her spot in the snow. However, she was so happy to see her rescuers that she managed to wag her tail just a bit to show her appreciation.

The sweet girl is healing up at her foster home where she'll stay until she's fully recovered. She's still on a lot of pain medication from her injuries, but rescuers say that the slight tail wag has turned into an enthusiastic one. 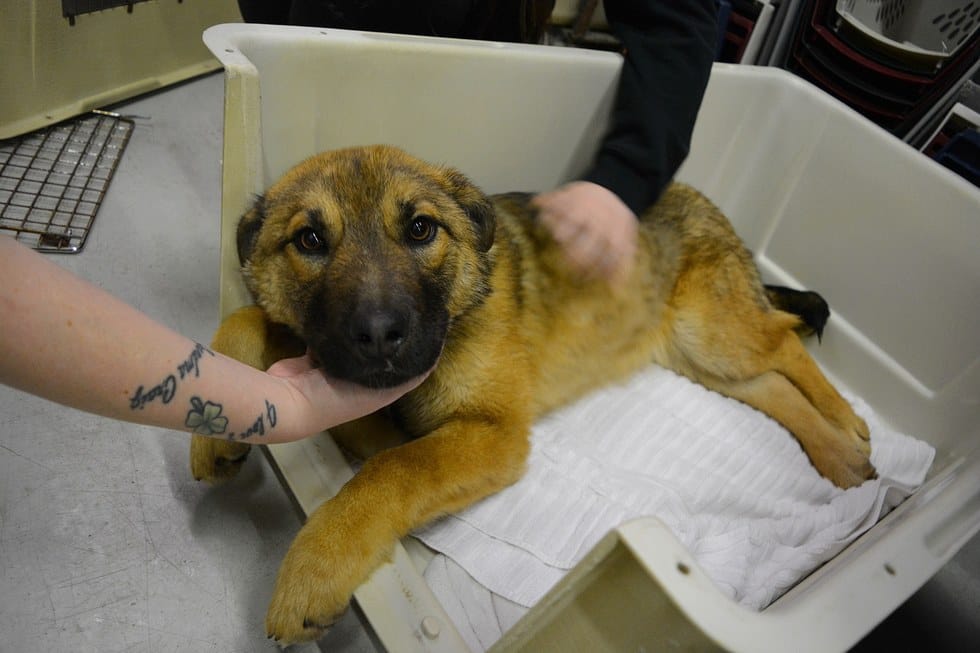 She's still wagging her tail. She's really happy. Once she's all healed up, she'll be ready for adoption.

If you would like to help the AARCS save more animals like Nutmeg, you can make a donation here. 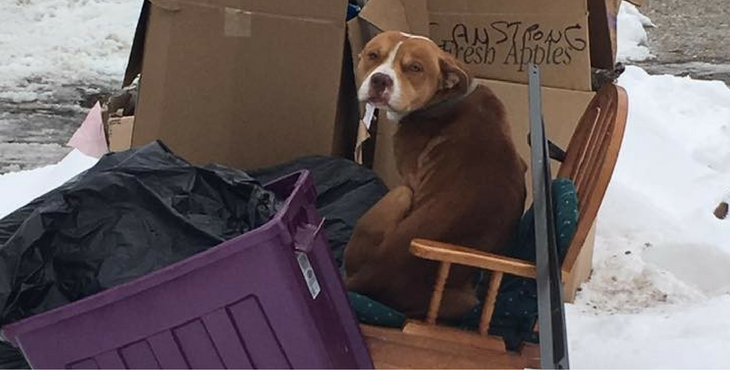