A woman called rescuers after she stumbled upon a wild dog who had his head stuck in a jar. He was slowly suffocating, and would soon die if help didn't arrive soon.

The dog had wandered into the forest, so volunteers at Animal Aid Unlimited India started a search for the canine. He was terrified and struggling, frantically trying to rid himself of the foreign object obstructing his breathing. 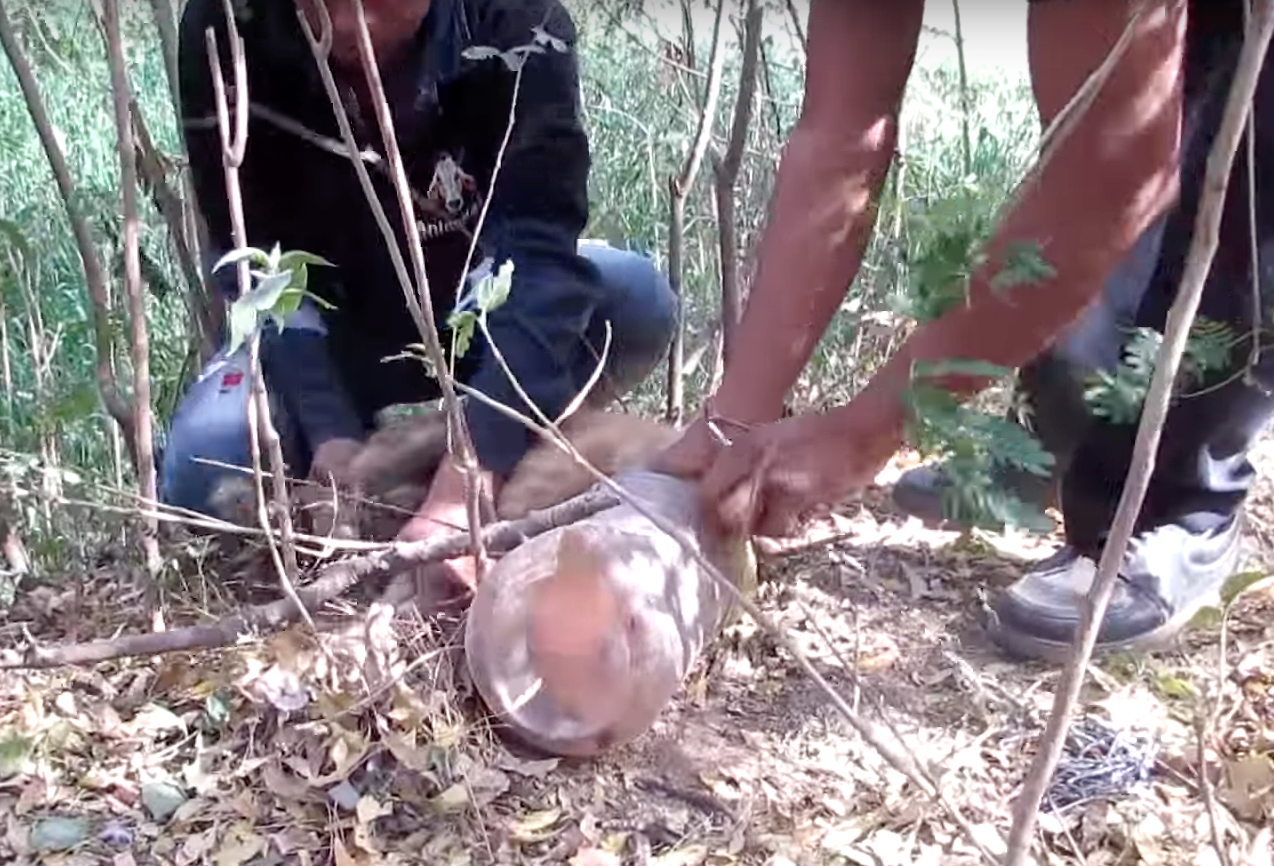 They tried everything possible to remove the plastic from his head, but couldn't slip it off.

Finally, they were forced to use a pair of scissors. One of the volunteers held him down, while the other slowly snipped around base. 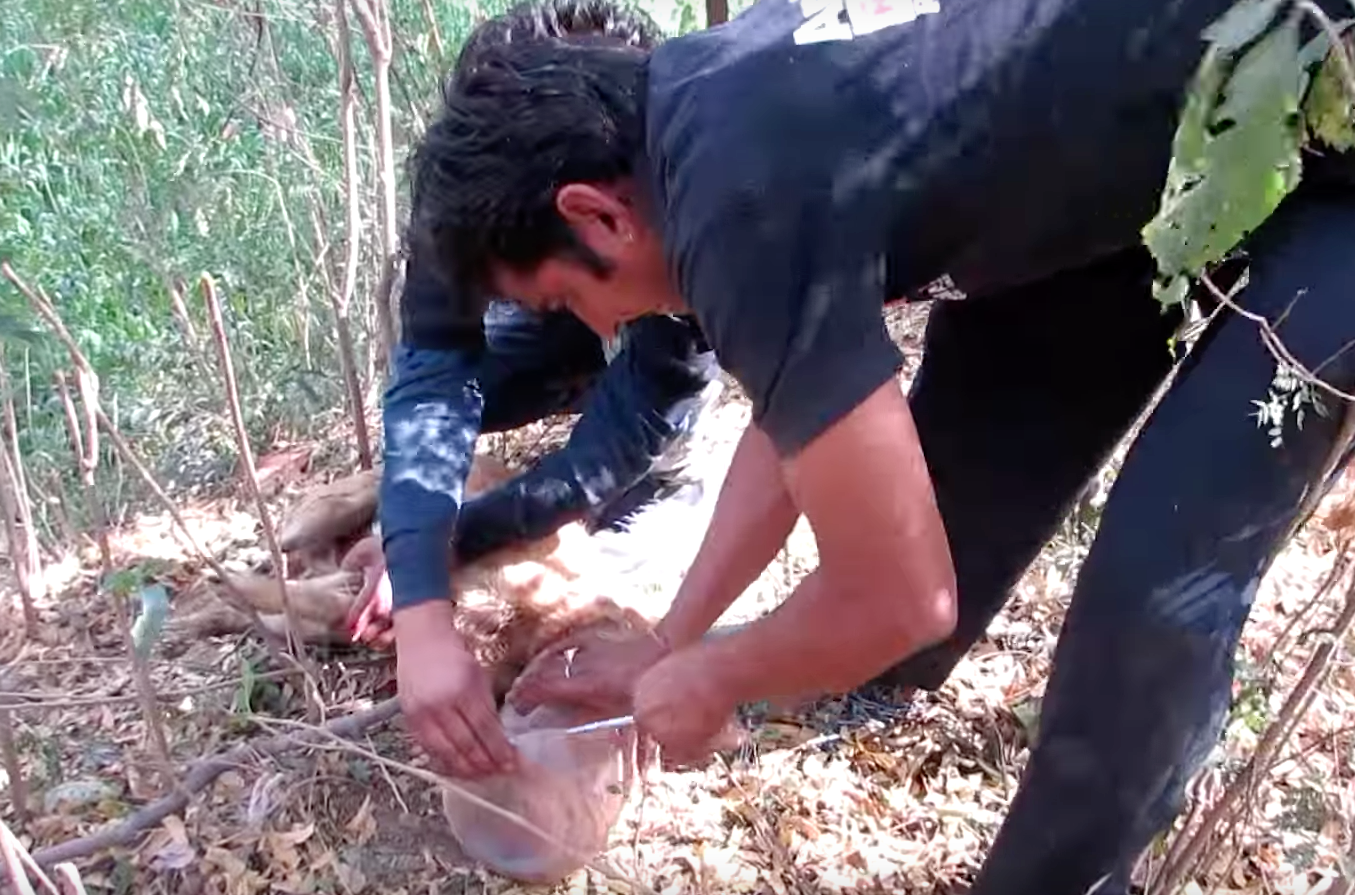 They worked extremely carefully in order to avoid hurting the pooch in any way. 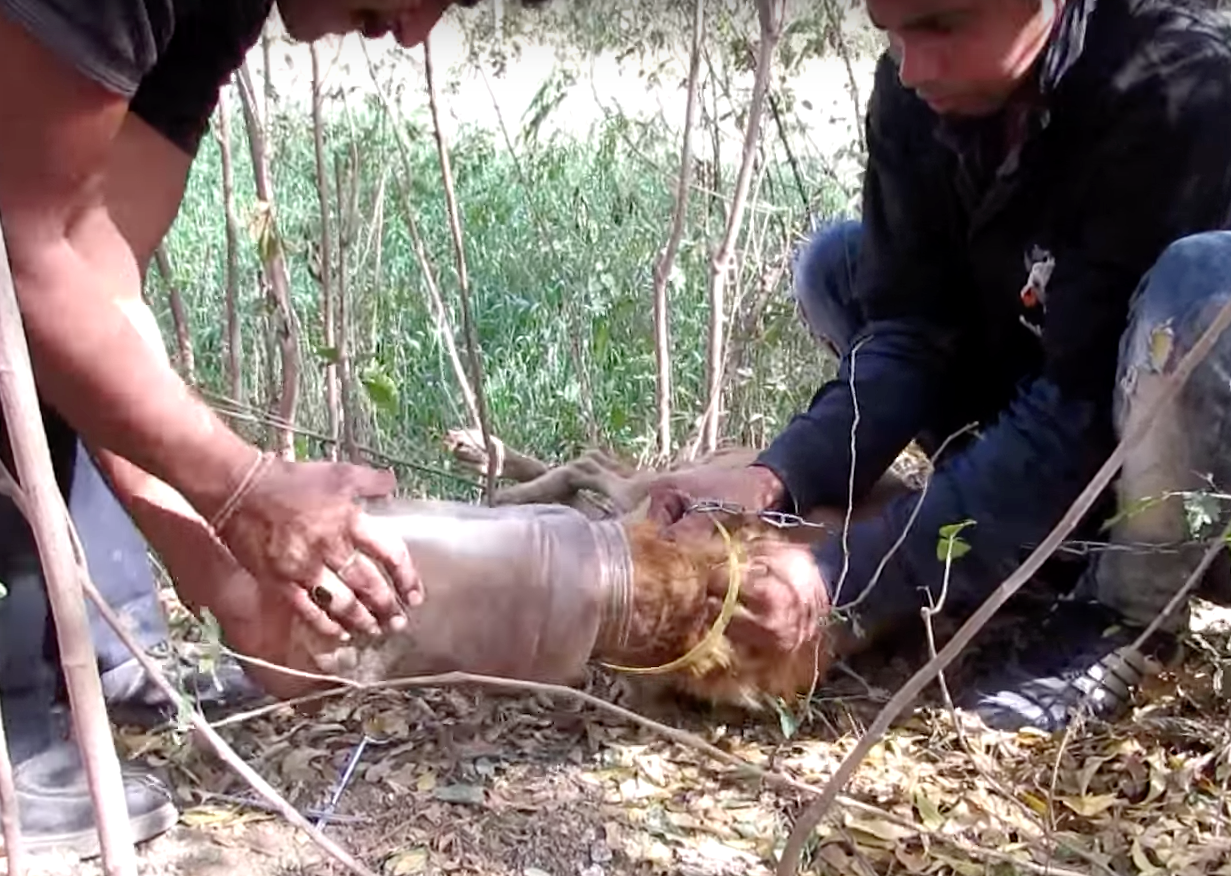 They were finally able to twist off the jar, allowing the dog to run free.

If it weren't for the quick work of Animal Aid Unlimited, the animal would have surely died alone in the forest. If you would like to help the rescue organization contineue their incredible efforts, you can make a donation, here.