Spirit is a dog who has faced the most unspeakable cruelties in the hands of humans. The female German Shepherd was found on January 31, in horrible condition in the streets of Bucharest, the capital of Romania. 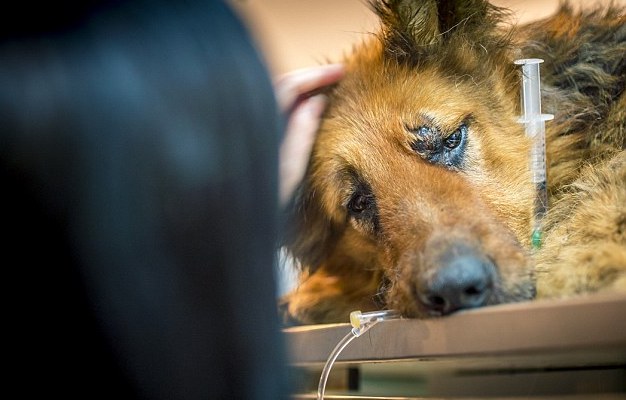 She had just been savagely attacked by a psychopath who the press baptized the "Bucharest Butcher." The man cut off her hind leg and tail and pulled out her teeth before sexually abusing her with a knife and leaving her for dead.

A young woman stumbled upon the dog while she was laying in agony on the sidewalk and immediately brought her to the emergency room of a veterinary clinic run by the local organization, Dog Rescue Romania. 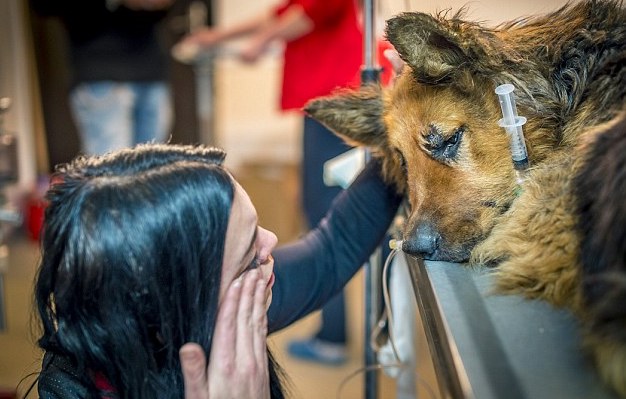 "It was awful, it was very hard to see that."

Anneka Svenska, a Romanian journalist, close to the organization, International Aid for the Protection and Welfare of Animals (IARWA), who also contributed to the rescue, was there when the dog was brought in. She told theDaily Mail:

It was awful, it was very hard to see that.To have that in front of you was harrowing, we were all in shock. I couldn't believe someone could do that, especially the way she had been sexually violated.

Despite the emotion, the medical teams did everything possible to save Spirit. Miraculously, after several hours of intensive care and surgery, she was no longer in critical condition. The eight-year-old dog was going to survive. 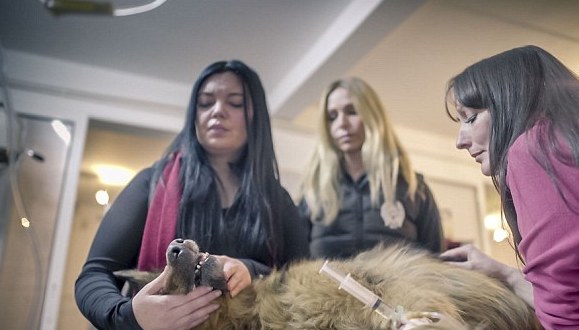 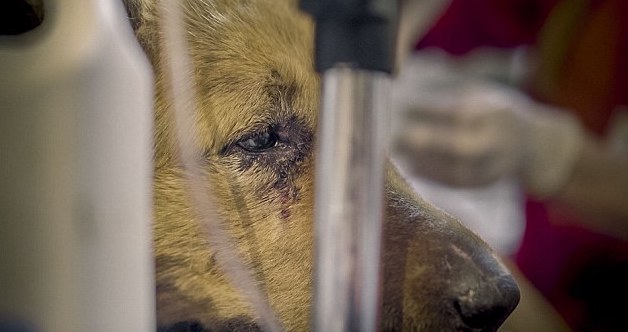 The team shared a video from February 9 where we can see Spirit standing up on her three legs, clearly appreciating the loving caresses:

Once she has completely healed, the association announced she will leave Romania and head to the U.K. where she will join a loving family who will do everything possible to help her forget her traumatic past. 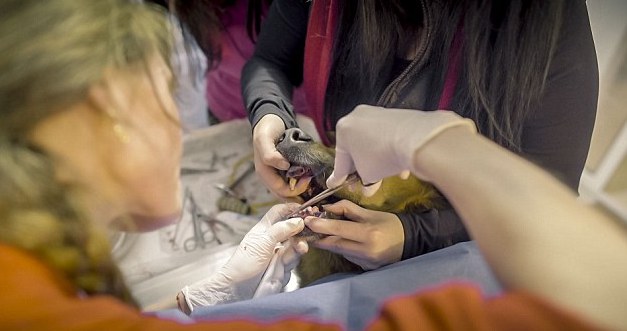 Until then, the members of the IARWA have mobilized to bring media attention to the affair until the police find the person behind these atrocious acts. Sadly, Spirit isn't the first victim of the "Bucharest Butcher." A few days before, three puppies were found dead in the same neighborhood, in almost the same spot. One of them was cut in half and another was eviscerated. 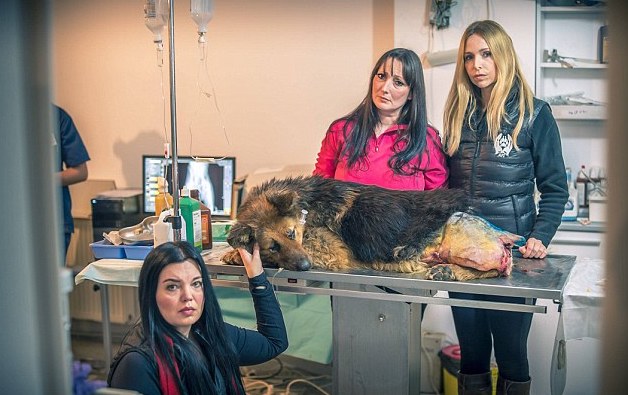 The young woman who found Spirit close to her home is convinced that the torturer placed the animals there to give her a warning. She regularly feeds the stray dogs in the area, an act of compassion which hasn't caused any other animosity among residents.

While the barbarity of the "Bucharest Butcher" is beyond comprehension, cruelty towards stray dogs is common in Romania, and reveals a deep problem in their overpopulation, notably in Bucharest.

The vet said they see this kind of thing all the time, it's not a one off. They get horrific victims of abuse and they can't do anything about it. 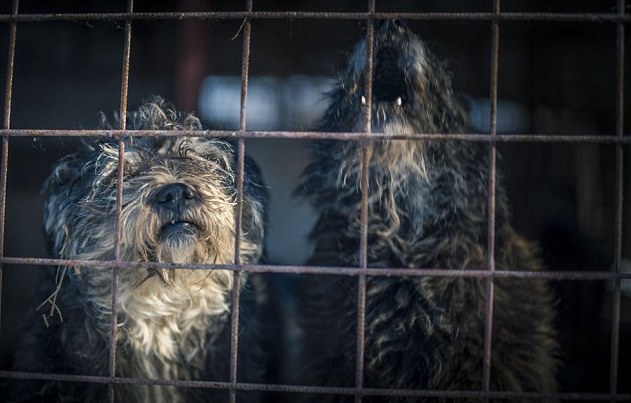 60,000 stray dogs in the streets of Bucharest

It's estimated that there are close to 60,000 stray dogs in the streets of Bucharest. A consequence from the Communist era, during which many inhabitants were forced into apartment blocs and abandoned dogs by the thousands. Since the 1970s, these street dogs have survived and reproduced without any control.

In September 2013, euthanasia of stray dogs was legalized after a canine attacked a four-year-old child, killing him. While the investigation revealed that the dog in question was actually a security dog and not a stray, emotions were so high that radical measures were immediately taken to limit the population. Private companies have since specialized in tracking and killing stray animals, without any control over the methods of doing so.

Animal activists insist that this new law encourages cruel treatment towards dogs, whose lives no longer are valued and are practically considered as vermine. 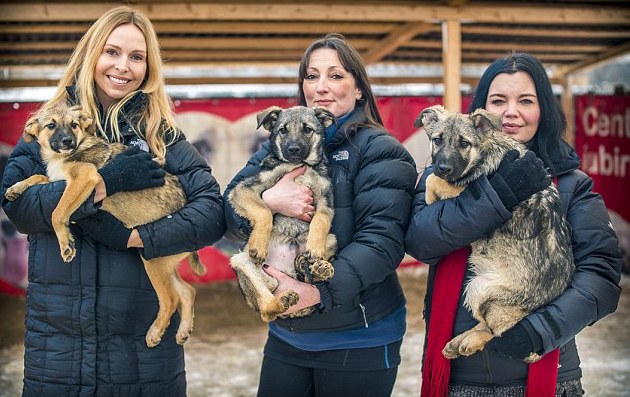 IAPWA announced that after this horrible affaire, they would do everything possible to get in contact with the Romanian Prime Minister and the mayor of Bucharest, in order to pressure the government into using more respectful and humane methods of population control.

A petition to demand an arrest for the massacre

The Foundation Brigitte Bardot is aware of this problem, and launched a petition in 2014 "to end the violence incessantly displayed against animals and those who defend them."

"Today in Romania, it is a regime of terror, put in place by authorities against those who try and protect animals… Shelters, private owners, nothing stops the militias charged with exterminating as many dogs as possible," explained the text accompanying the petition. More than 22,000 signatures have been collected. To add yours, click here. You can also donate to the association Dog Rescue Romania, who is fighting to rescue the stray dogs of their country and put them up for adoption.