When Cabezoncito was first found at a metro station in Lima, Peru, no one was sure how long he'd been waiting there. 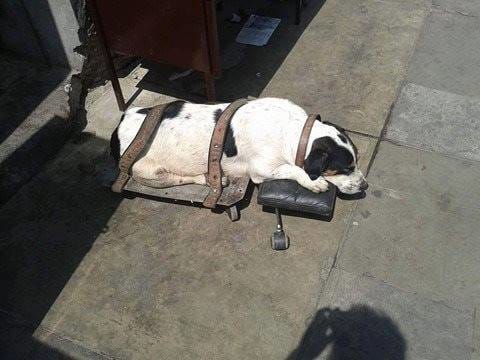 The dog was strapped down to a rolling device and could barely move, so he just hung his head and stayed there.

A group of young people spotted him one day and released him and gave him food, only to come back a few days later to see him strapped in again.

So they rushed him to see Sara Moran, founder of Milagros Perrunos, a shelter in Peru. 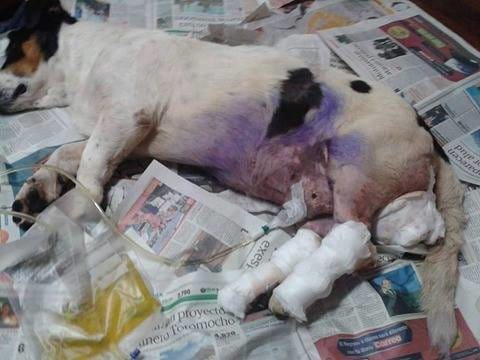 Her take is that Cabezoncito likely lost the use of his back legs after an accident, and his owner dumped him at the metro.

She immediately took him to the vet to get him checked out, but the results were not good. She told The Dodo:

He had renal insufficiency and his spine was badly injured. He also had many wounds and scabs, and he couldn't even walk because he was tied to a table, and he’d urinated and pooped in the same place, which caused his genitals to split. 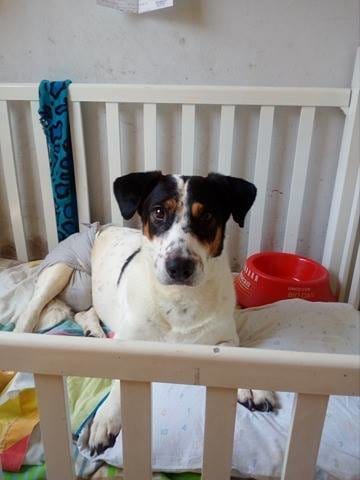 Moran could have had the dog euthanized, but instead she decided to give him a fighting chance. She used her limited shelter funds to pay for an expensive operation.

Cabezoncito pulled through and is living a much better life. Moran got him a special wheelchair, and even though he has to wear diapers and take medication, he is enjoying life to the fullest. 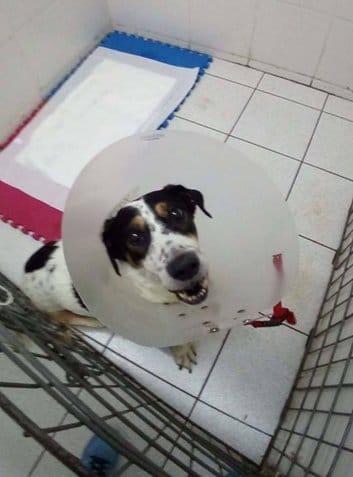 He gets to hang out with 60 other dogs who live at the shelter and loves running around and playing at the beach.

Cabezoncito is a great warrior. In spite of everything he suffered, he is very loving and sociable with people. Cabezoncito gives us a great lesson of love and courage for life. 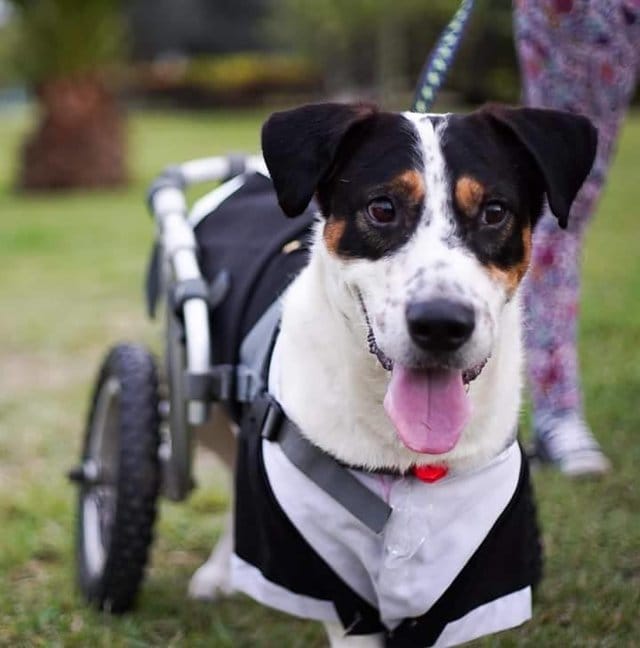