In June, a family from Hertfordshire in England started to hear growls and barks coming from the house next door, which had been abandoned for quite a while. After several days, they decided to contact the RSPCA, who went to investigate. 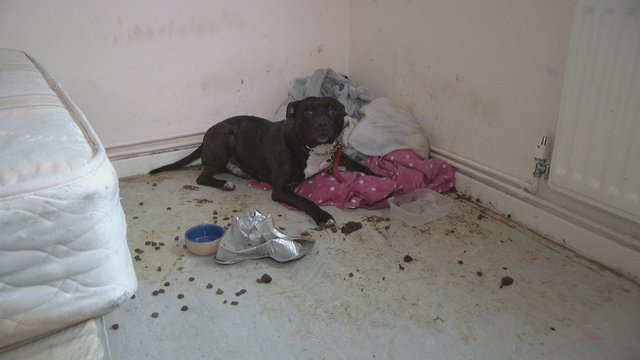 When rescuers arrived, they found a dog chained to a radiator. He was hungry, thirsty and covered in his own urine and excrement. It was clear that the poor canine had been abandoned. Deputy Chief Inspector with the RSPCA, Anthony Pulfer, told the media in a press release:

We found JD in one of the bedrooms tied to a radiator with about 12 inches of chain so he couldn’t move very much. He was sat in his own feces and urine and didn’t have any access to food or water. We think he had been there for at least 48 hours. 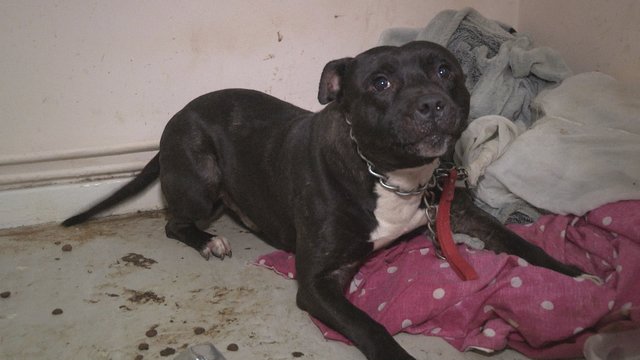 The room was filthy and full of open paint cans and other objects dangerous to dogs. Marks on the door showed that the neglected dog had already tried to escape:

You could see where he had tried to escape previously and chewed his way out of the room as there was damage to the door. When I took him outside he immediately went to the toilet so the poor dog had clearly been trying to hold it in. He also had red rings around his eyes which indicated he was severely stressed.

Despite his terrible ordeal, the dog, named JD, was in good health and was quickly adopted by a loving family. Matt, JD's new dad, said: 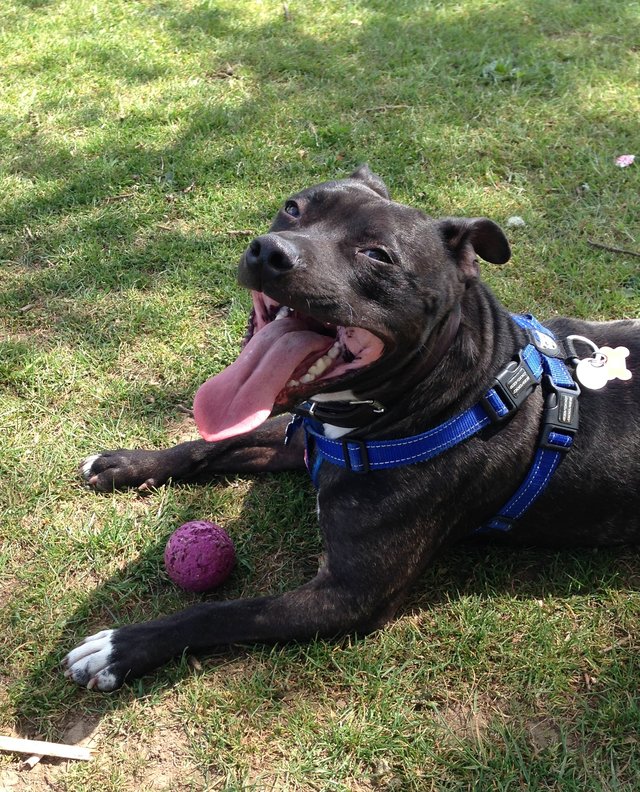 JD will even soon appear in the TV series Dog Rescuers, a show that tells the stories of dogs who have been rescued from neglectful and abusive situations.

Dog Rescuers airs in the U.K. on Tuesdays at 8pm on Channel 5. To help animals like JD, you can donate to the RSPCA in Great Britain, or the ASPCA in the United States.