It could have gone really badly for this dog from Prestwichen, near Manchester, England.

The Dogue de Bordeaux had been left alone in the heat of a car with the windows closed, and one cracked, when a teenager named Bradley North caught sight of him on the way home from school. 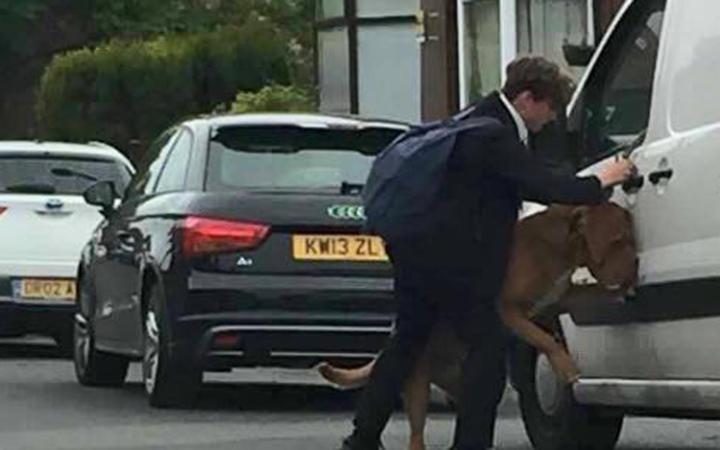 The teenager noticed that the animal was in distress and got a little closer to the vehicle. Clearly excited that somebody had finally seen him, the dog became agitated and, in a single jump, broke through the window that was already cracked.

The dog had managed to hang and strangle himself by his leash, which had got stuck in the door. Bradley hurried towards the already unconscious dog to take off his collar, saving his life in doing so. The boy said:

When I first saw the dog, I thought that the window was partially down but there was glass on the floor and he had his front paws out towards us. Me and my friends waited for five minutes for the owner to come back to the van but the dog ran up and jumped through the window and started to hang himself. I lifted him up slightly so he would stop hanging himself then I managed to unpick the buckle on the lead and managed to save him. 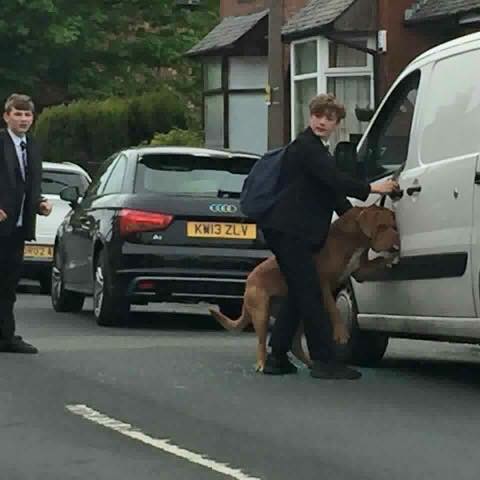 While the animal recovered, the boy kept him company for quarter of an hour until his owner returned. Alenka Kilmas, a passer-by who witnessed the events, caught Bradley's heroic actions on camera. She explains:

It was a very big dog, probably bigger than the boy! His paw was bleeding. I saw his owner come back and she was obviously very grateful.

The story has gone viral in England and everybody is talking about the bravery of the 13-year-old boy, much to his surprise.

Bradley says that it is because he too has a dog that he was so quick to realise the danger that the Dogue de Bordeaux was in. To him, there was nothing heroic about his actions.

Though most people would pass by the car without reacting, the boy concludes:

I felt really sorry for the dog when I saw him and I just thought about my own dog and that I would want someone to save him if he was in the same position. 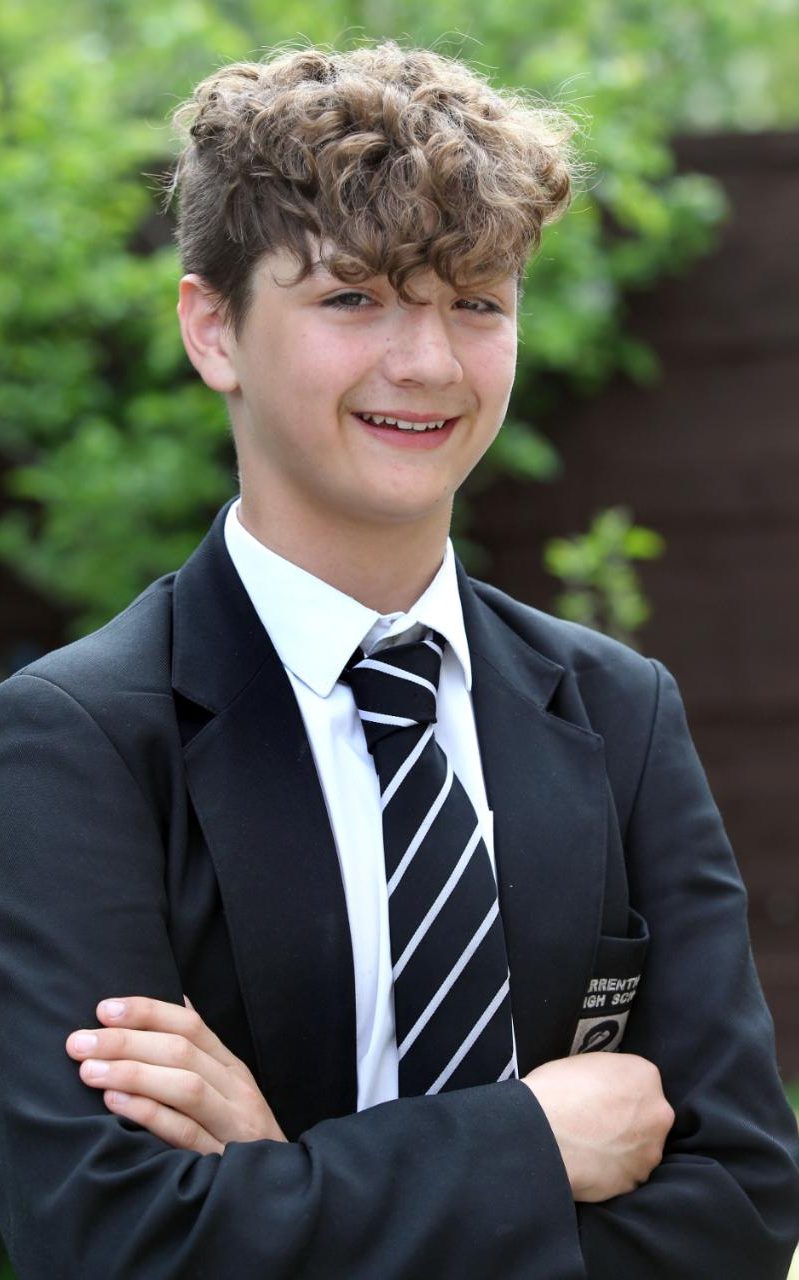 Luckily this story has a happy ending. But it goes without saying that it is irresponsible, and can be very dangerous to leave your pet in a car with the windows closed in the heat, even if just for a few minutes.