For American firefighter, Andrew Klein, from Santa Monica, California, saving lives is all in a days work. However, he will always be a hero to Crystal Lamirande and her Bichon frise Nalu.

When a fire broke out in the woman's apartment building, her canine companion was trapped inside in one of the back rooms. Luckily, the firefighter did not hesitate and crawled into the burning building on all fours to rescue the small animal. 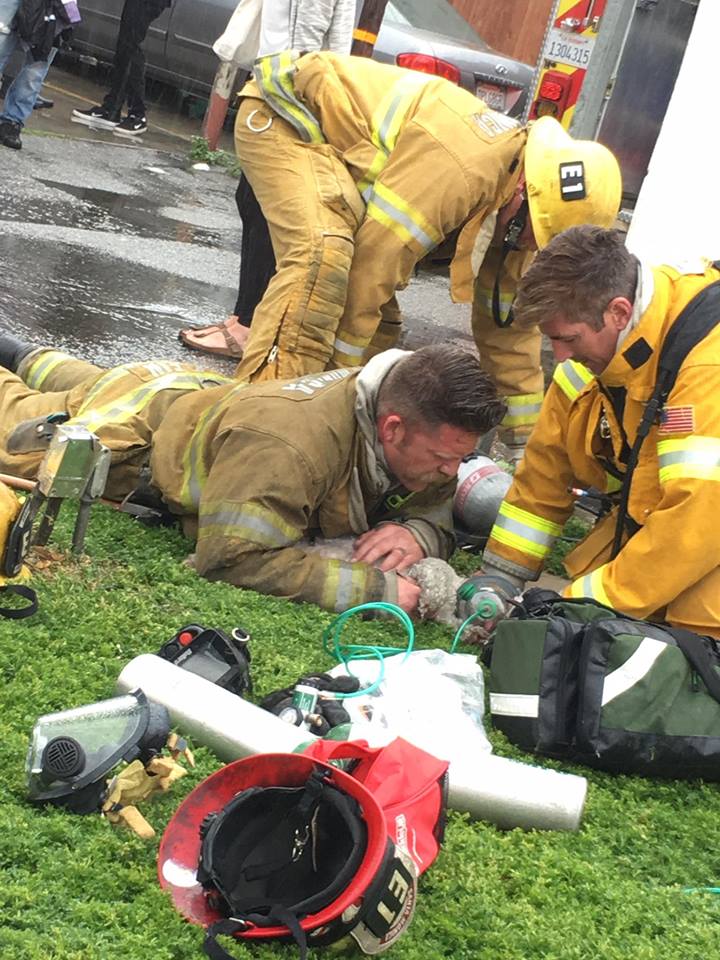 The dog was unconscious and unresponsive and his human feared that he was dead. However, Klein refused to give up on the fluffy creature and started to perform 'mouth to snout.' 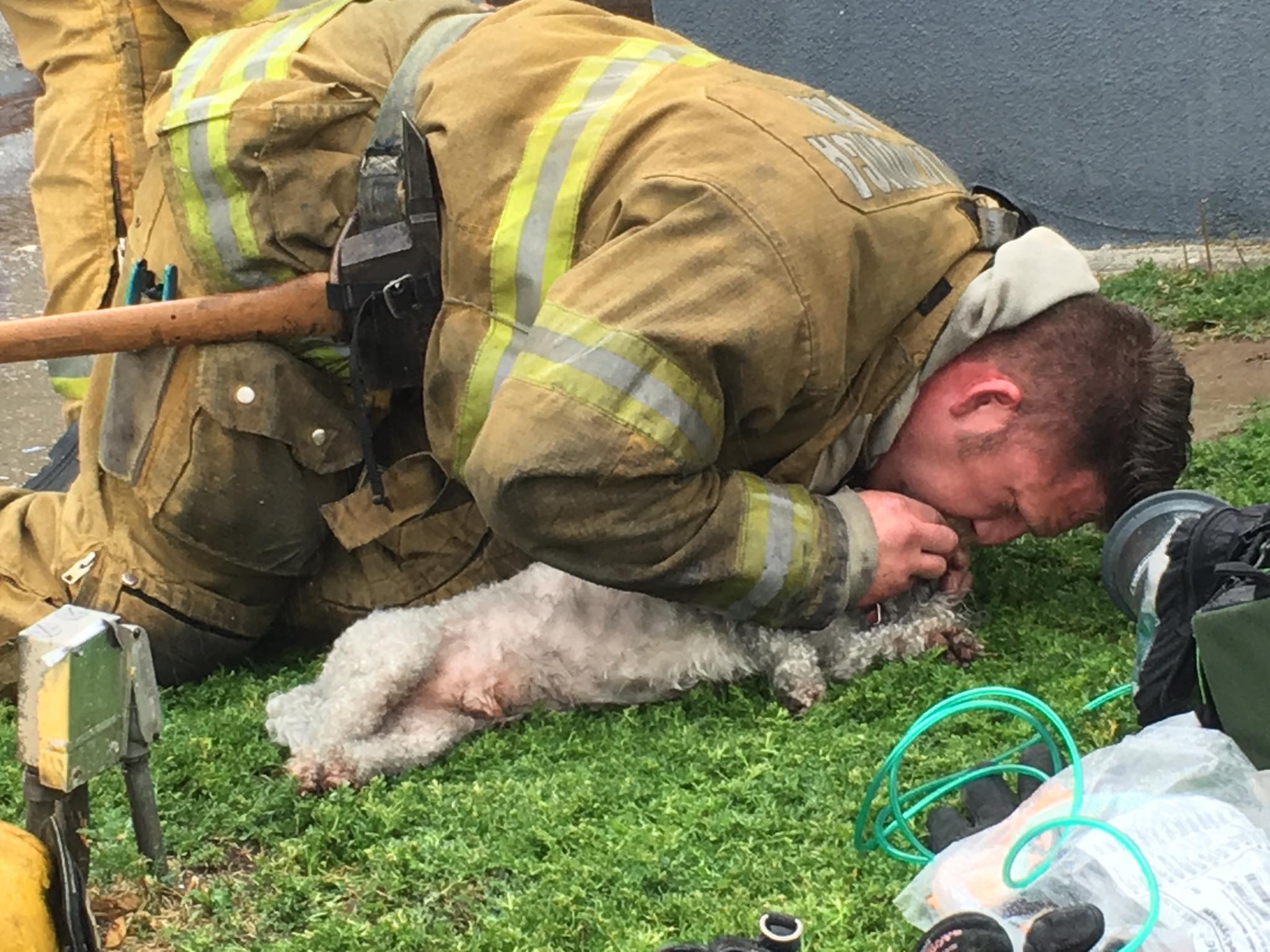 He persevered for 20 minutes before Nalu showed any sign of response, but once the canine came to, Lamirande couldn't believe her eyes. The Santa Monica Fire Department stated in a press release:

After 20 minutes, the dog began breathing on its own and regained consciousness, even regaining the ability to walk around.

The dog was then taken to an oxygen tent where he spent 24 hours recovering. 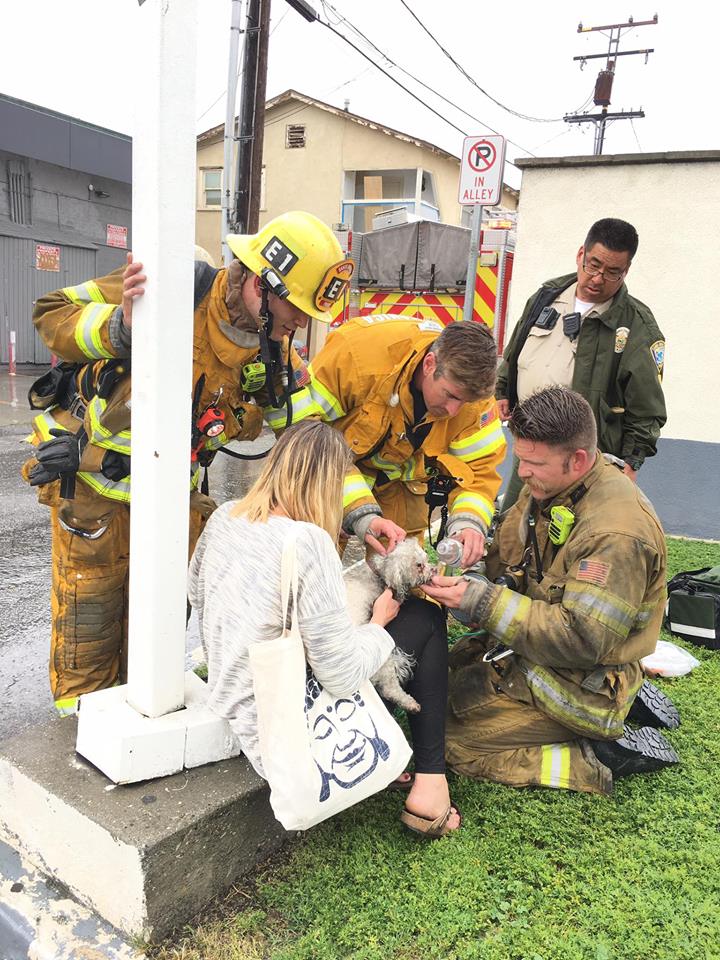 Photographer Billy Fernando happened to be driving past the building as the brave firefighter was saving Nalu's life, and decided to document the event. He described the experience to The Dodo:

Just a minute after, he began performing CPR on the pet without any hesitation. It was an awe-inspiring moment. The owner was in tears. Everyone was very happy with the ending. We are very proud of the efforts done by Andrew Klein from Santa Monica Fire Department.

The lucky dog recently had the opportunity to meet his hero in person on National Puppy Day to say thank you in person. 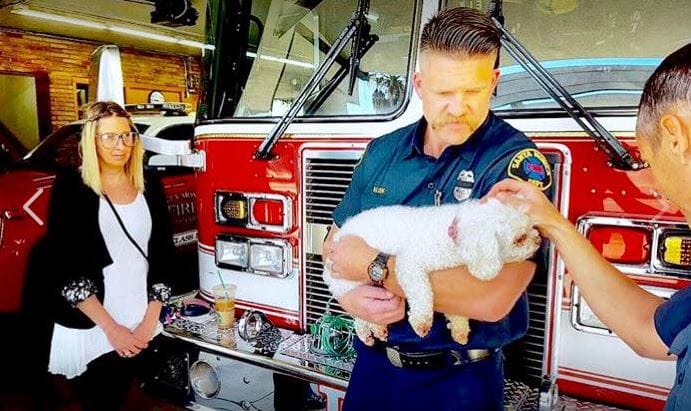 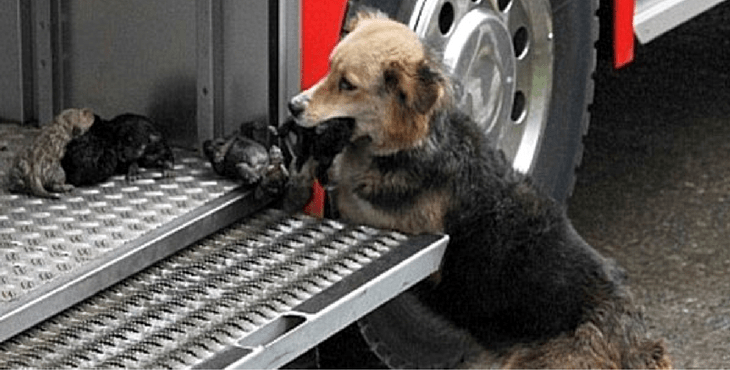