Chris de Aboitiz is an Australian former surfing champion who trains dogs to surf as a way to create harmony and understanding between humans and their pets. 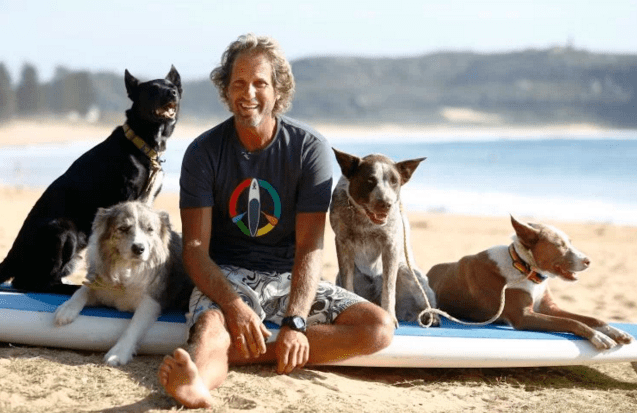 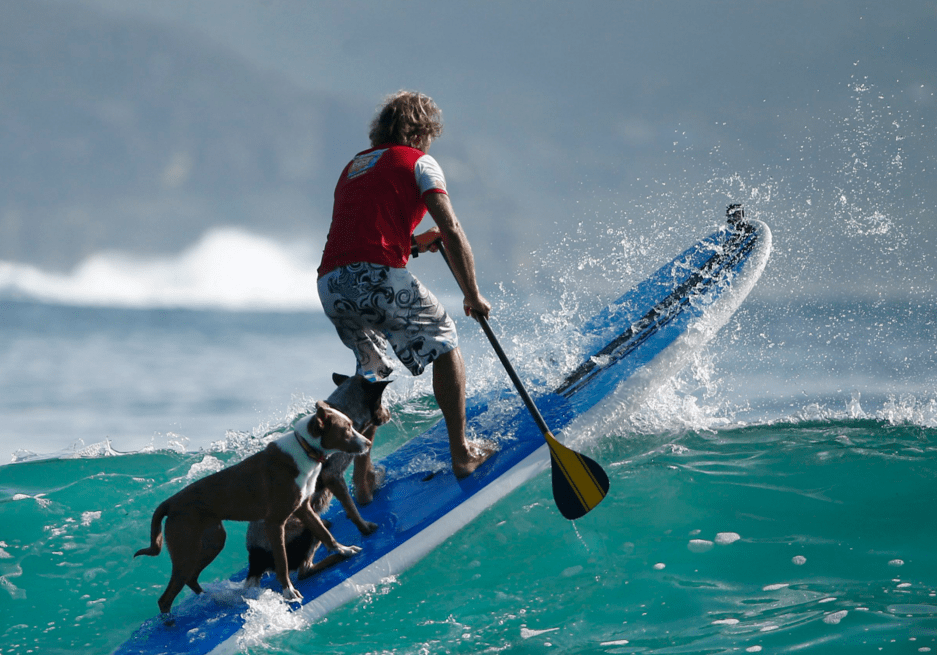 Thanks to this "surf therapy", many dogs have learned how to be better-behaved, become less anxious and trust their humans. It teaches them to be disciplined, focused, as well as being able to follow commands. 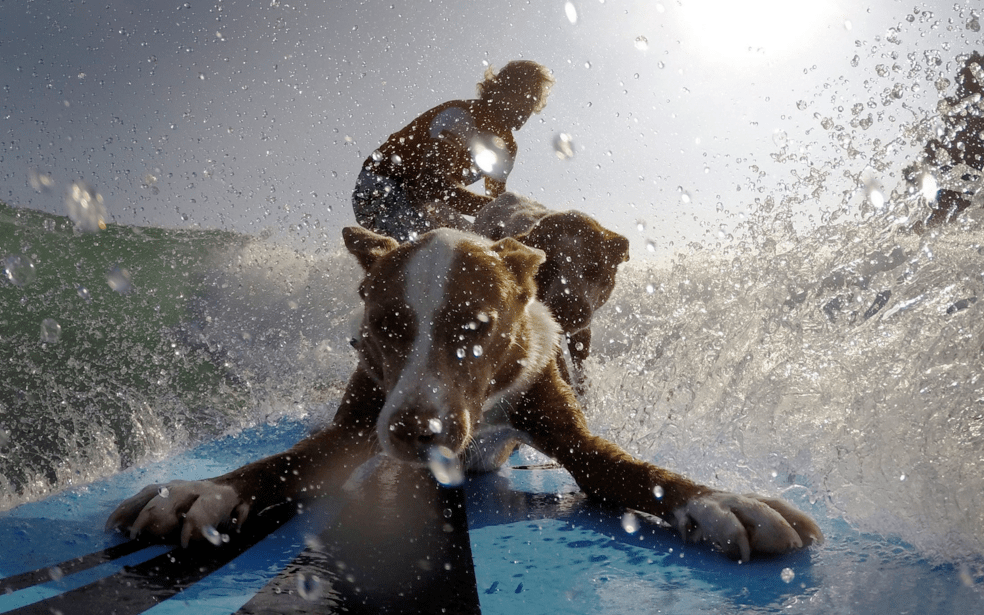 Surfing is not just about training dogs, it is about understanding them and their behaviour.

When you are surfing with the dogs they are allowed to look around but they have to sit on the board and not move, or we fall off and get wet. Training dogs for everyday life is the same. 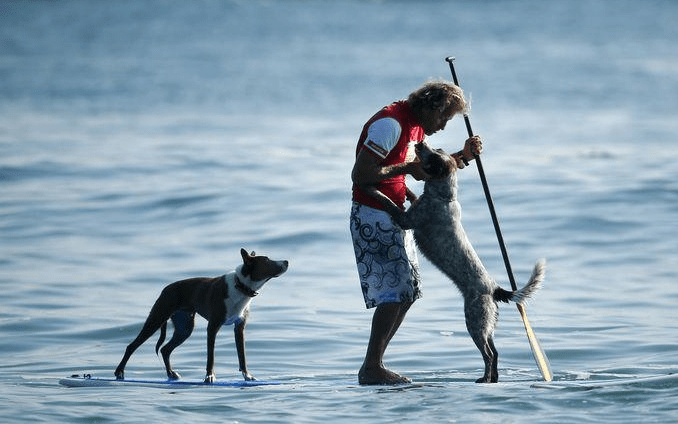 The dogs stand or sit on the boards with their humans. When there are big waves, they learn to ride along them, protected by their loyal humans. If it's not too wavy, they can accompany Chris on the paddle-board which is more gentle.

Chris' three rescue dogs, Lani, Rama and Murphy, have even learned to perform tricks on the board. They often jump up onto Chris! 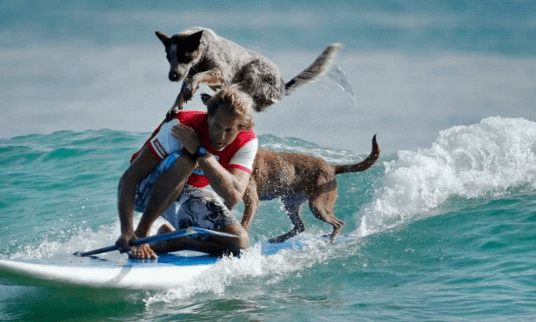 This style of teaching seems a lot more fun for both parent and pet alike. However, the technique relies on the ocean, so currently Chris only works in Australia… 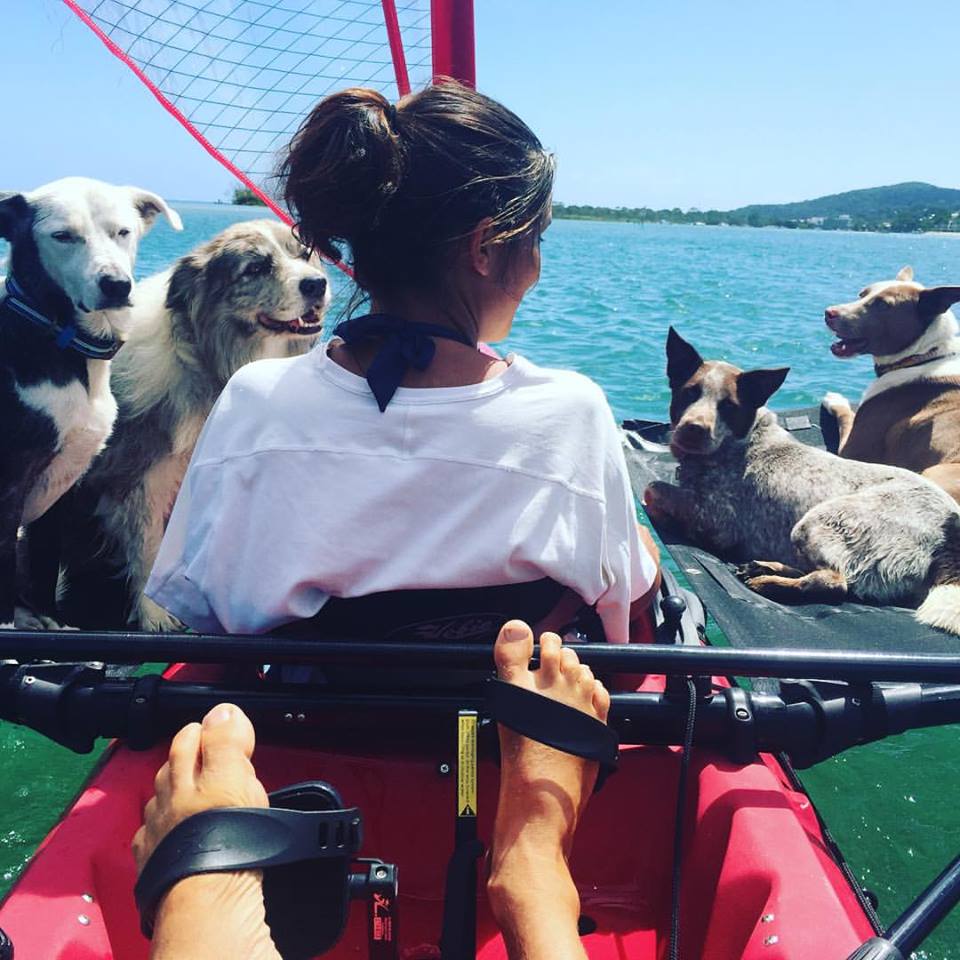 Watch Chris surfing the waves in Sydney with his dogs Millie and Rama: