Bianca, a seven-year-old dog, had been living on the streets of Athens, Greece, until The Orphan Pet, a Greek animal rescue organization, found and rescued her in March 2017.

She was paralyzed and had been looked after by local residents that fed and built her a makeshift kennel, but had not adopted or sought medical care for her. 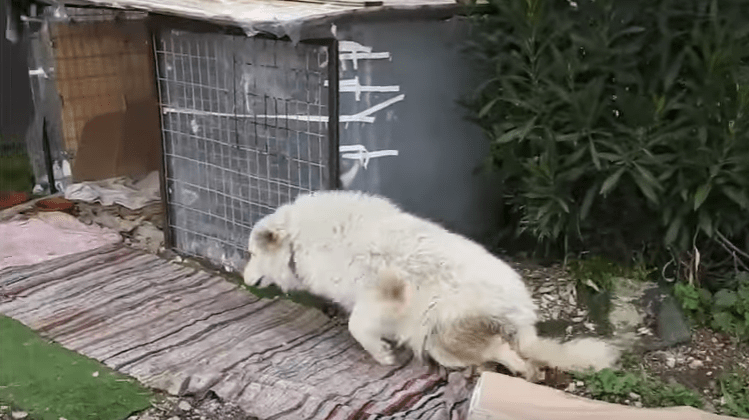 The canine previously had an owner until her his beach bar closed down, and he left both the business and Bianca behind. She became homeless and without love or care, the dog's physical condition quickly deteriorated.

She developed a limp, caused by called degenerative myelopathy, a disease that affects the spinal cord in dogs. This slowly worsened with time, until the canine lost the use of her hind legs.

She was forced to drag them behind her, causing cuts and grazes to her knees and legs, and putting Bianca in a lot of pain.

Luckily, The Orphan Pet intervened and brought the dog to their shelter. They helped her to walk by holding her back legs up with a piece of material and began to assess Bianca's condition. 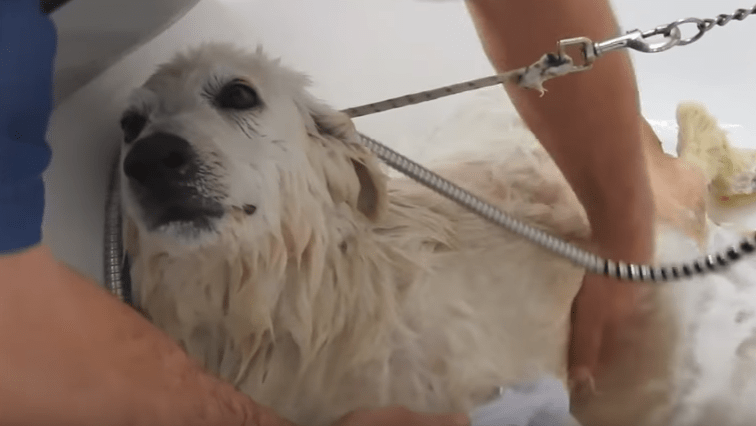 Veterinarians washed and groomed the neglected dog, who was cooperative and grateful throughout the whole process.

They made sure that she was healthy enough and then moved her to a foster home, where she could finally receive the love and affection that she desperately needed. 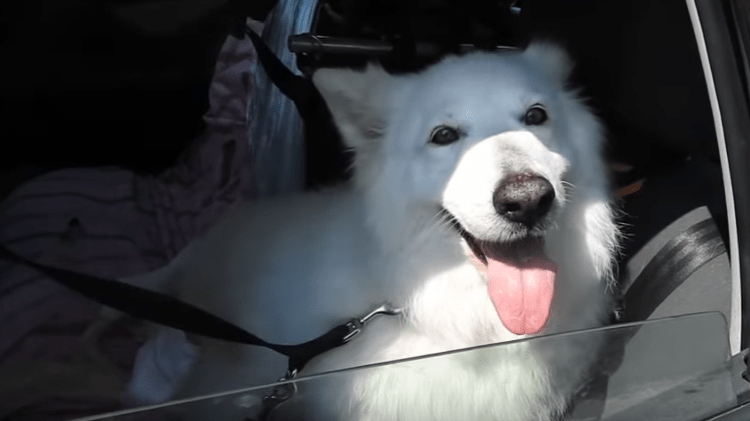 Linda, the canine's foster mother, was waiting for her new four-pawed companion not only with open arms but also a new wheelchair, to allow Bianca to move around freely.

The charming dog quickly adjusted to her new home and back legs, and now she can't stop smiling. 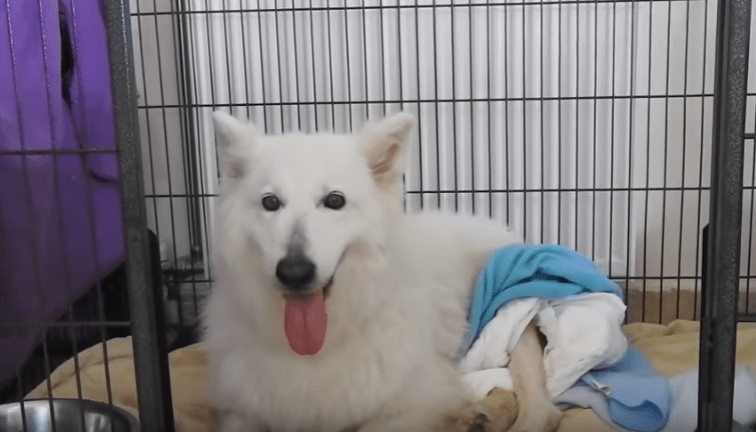 Bianca is finally being cared for and can live the rest of her happy and healthy life in her new home.

Watch her rescue and transformation video below: