Earlier in March, an adorable Jack Russel named Diamond, showed that he was more than just a good dog, and surprisingly, proved himself to be an avian life saver, reports The Dodo. 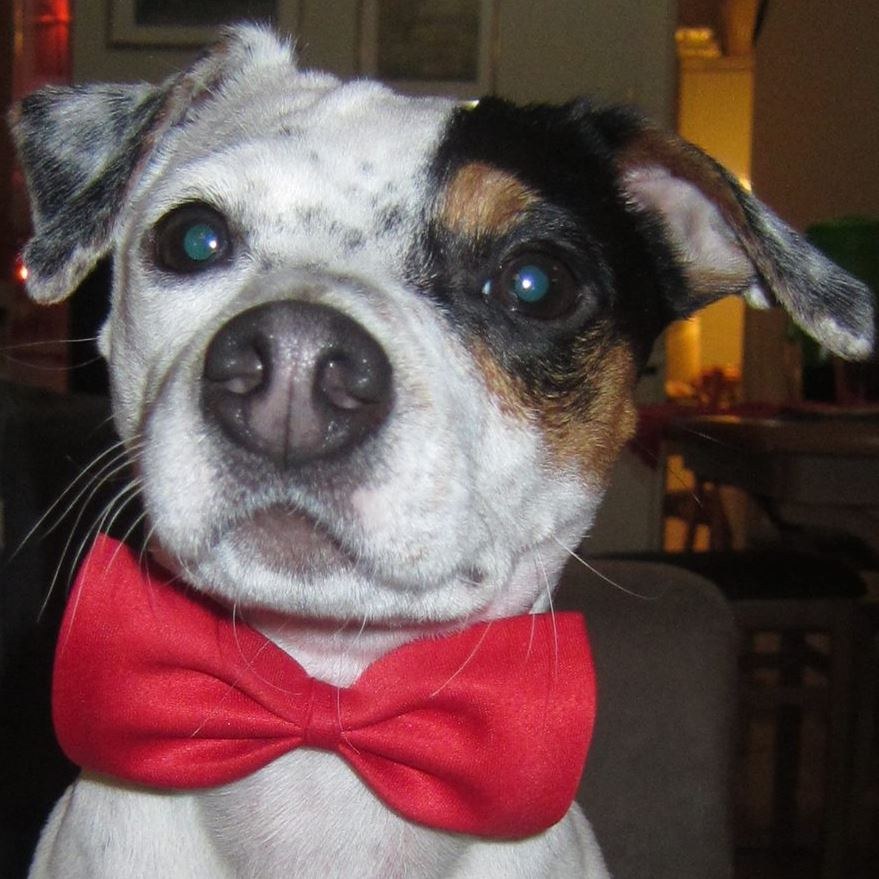 It all started when his human, Gunnar Kr Sigurjónsson from Iceland, was working at his computer and noticed the dog acting strange . Diamond came over to him, began to whine and then started to spin in circles. Gunnar explained to The Dodo:

When I didn't follow, he came back and whined some more. I knew he didn't need to do his business, as we had just been for a walk, so finally I gave in and followed him. 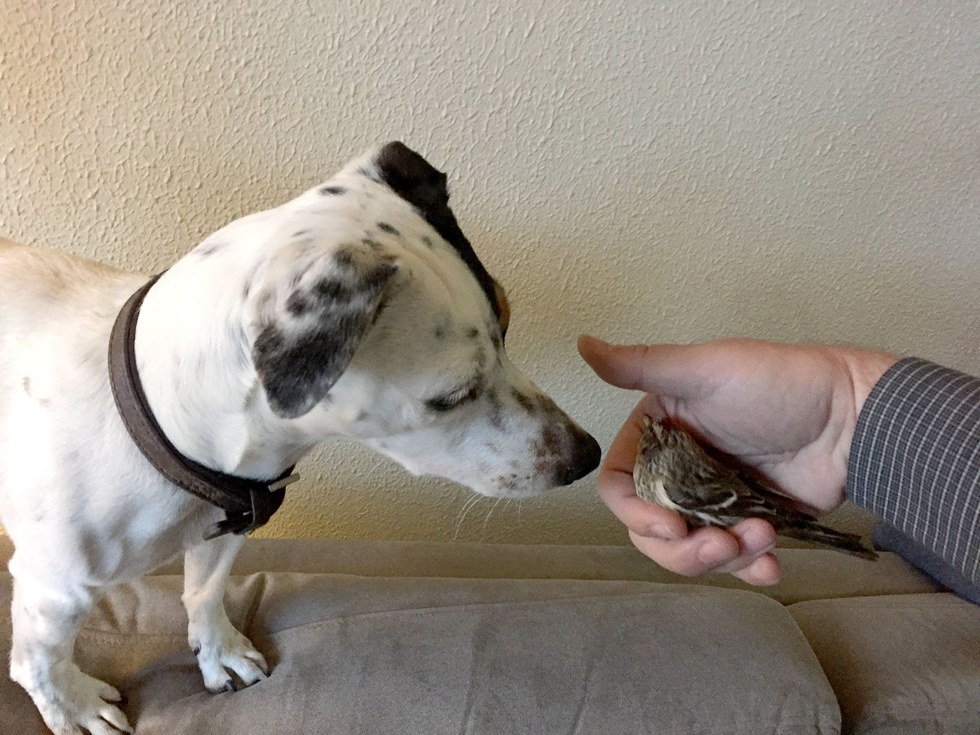 The dog led his human to the balcony and to Gunnar's surprise, there he found a small, injured bird, immobile on the ground. He initially thought that the animal hadn't made it, and left to find a basket and a piece of paper to cover the tiny body.

However, as he began to carefully pick the bird up, the animal started to move. The kind man described to The Dodo how the miraculous bird thanked his new four-pawed friend:

I gave him some water and some birdseed I had. After an hour or so, I was going to set him free, but wanted to take some pictures first, so I put it in my open palm and took some snaps. Then he flew a big circle in my living room and landed back … right on top of Diamond's head! 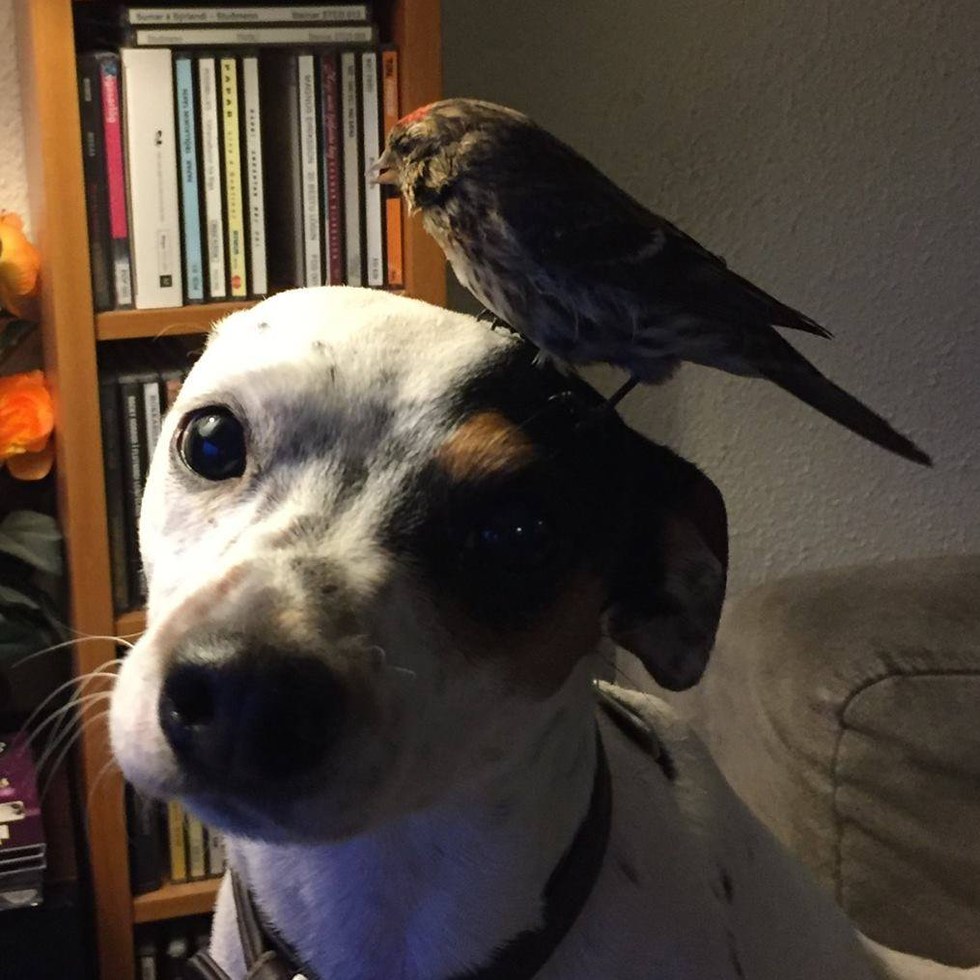 After the bird had shown his gratitude, the Icelandic man decided to give their new winged friend a name, Bíbí. Then, after seeing that creature was doing much better, he placed him back out on the balcony so that he could be free.

However, the little animal was not ready to leave his saviors so soon, and stayed firmly put. Gunnar decided to let him spend the night and put the bird into a small basket with a piece of sweet potato, where he stayed under the watchful gaze of Diamond.

The next day, they let their new friend go, but Gunnar knows that they will both never forget their unexpected visitor.

A while after the bird had gone, I said to Diamond: Where is Bíbí? He looked at me, very sharply, then he ran directly to the balcony door and jumped on the arm of the sofa, to look out. He knew exactly what I was talking about. 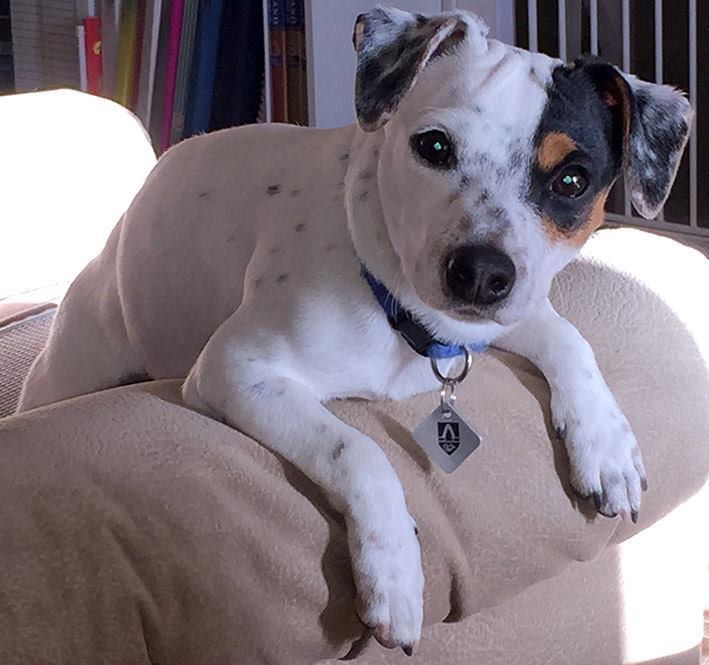