This is the story of Demo, now renamed Noah. Demo was living in a pit of mud when construction workers at a Hendersonville, North Carolina site, first saw him. 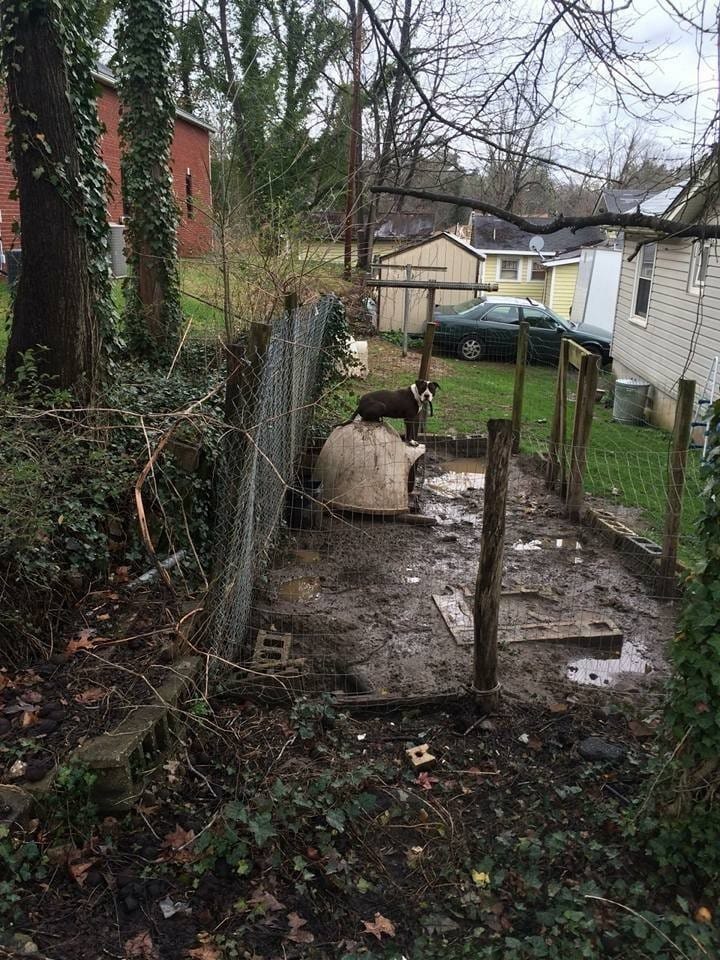 The builders had started working on their construction site since September, and for the last few months, they've been helping to feed Demo. They even built him a makeshift shelter.

Demo was living outside in the torrential rain, sometimes having to stand on top of his kennel because the ground was so thick with mud beneath him. 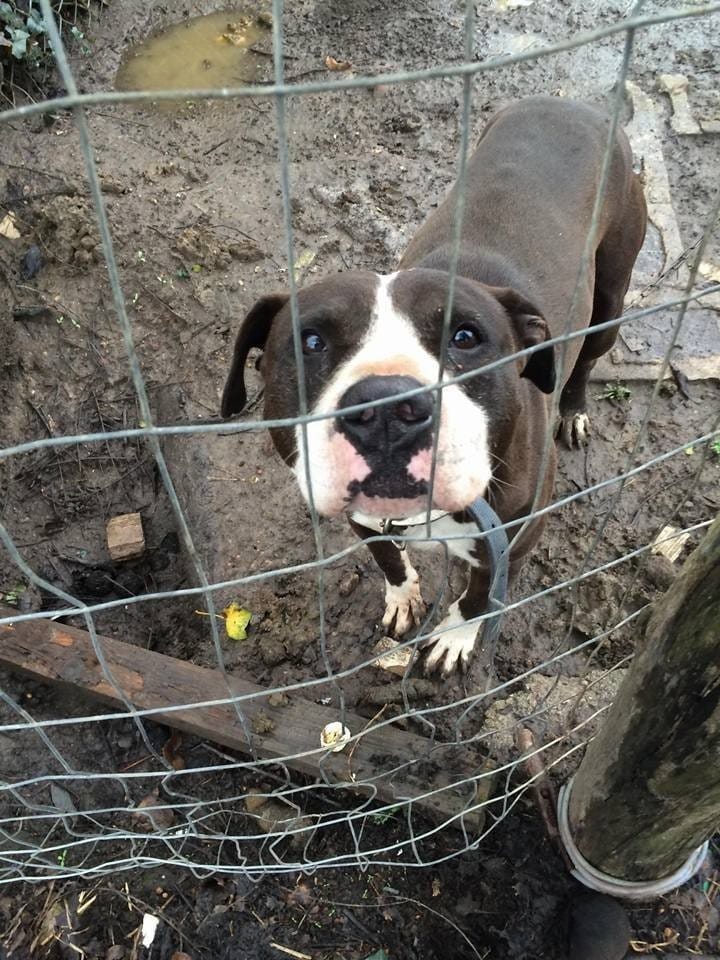 Desperate for love and attention, he would peer up at the construction workers meekishly wagging his tail.

And they knew he had to be saved. So on Friday 15th January, he was. Hendersonville's chief of police, Herbert Blake, accompanied by a city councillor and several animal welfare workers, came to the house on Friday morning. 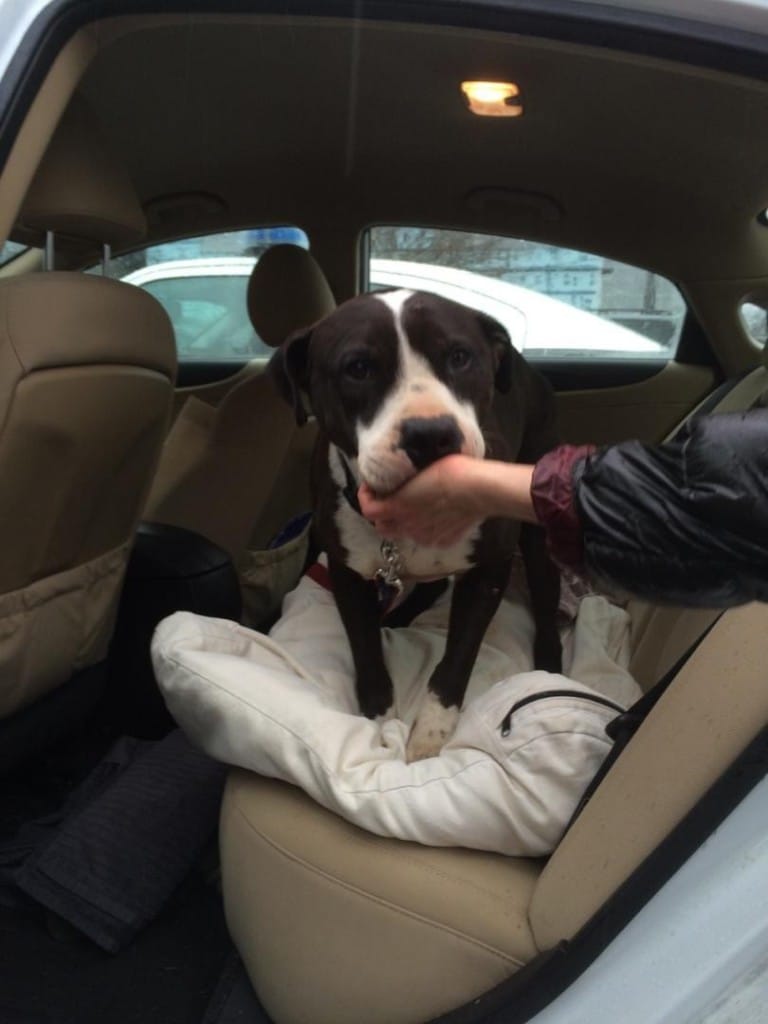 Demo was over the moon to be rescued. He was so desperate to get out of his enclosure, he literally leaped out of it. City councillor, Jeff Miller, told The Dodo:

He jumped in the back of the car like he owned it.

The construction workers all cheered as they saw the poor dog finally take his first few steps of freedom. 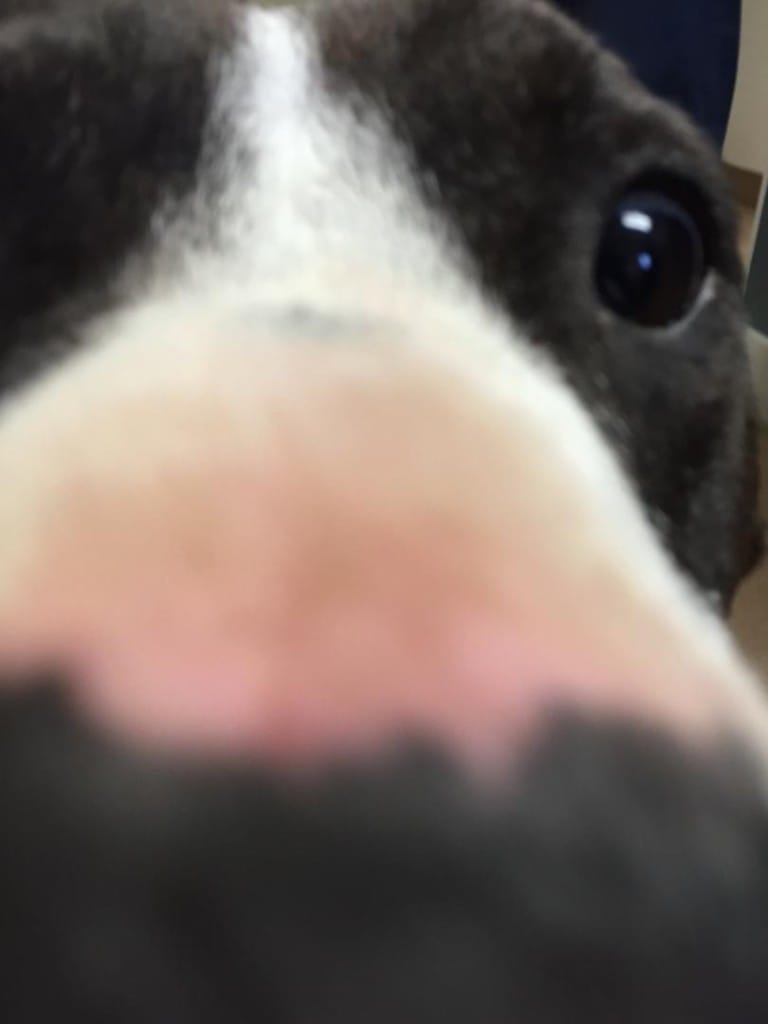 It turns out that the dog's owner is in prison, and his elderly father has struggled to look after him. Thankfully, Demo, now renamed Noah, is safe in the care of the Blue Ridge Humane Society, a no-kill shelter in Hendersonville.

He's now surrounded by people who are giving him food, water, and all the cuddles in the earth. He's even starting to make some new friends!

We cannot thank those construction workers enough for giving a gorgeous dog like Noah a second, and much deserved, shot at life.

You can help rebuild Noah's life by making a donation to the Blue Ridge Humane Society here.