A dog was found with "zero evidence of fat on his body" after being left alone without food or water for 3 months.

Rescuers in Memphis, Tennessee, found Nino in a back yard after a worried citizen called Memphis Animal Services. The team, who gave him emergency care, are surprised that the neglected pup had managed to survive and suspect that he had been eating dead animals and even his own feces. 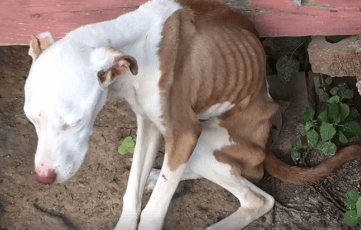 Nino has zero evidence of fat on his body. Nino is a skeleton with skin on him. Nino is lucky to be alive today. When you talk about the worst level of starvation, that’s what we're talking about with Nino.

According to reports, Nino's owner had been out of town for 3 months and claimed that he didn't have the money to look after the dog because he was out of work. Pugh stated that the man hadn't tried to hide what he had done from police officers:

He’d made no arrangements to have the dog cared for…. The owner of Nino was very forthcoming with these details so perhaps he was unaware of his legal obligations. 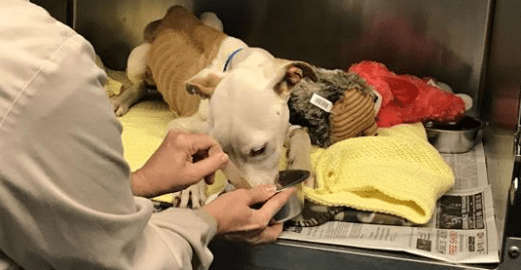 The man, 27-year-old Kellan Jones, has since been arrested on felony charges of animal cruelty.

Nino, now in foster care, is doing much better now that he is being fed properly, despite his horrendous ordeal. Pugh describes him as "a miracle" and is hoping that he will be adopted soon, once he recovers fully:

The fact that through it all, he remained in good spirits, he was sweet, he was loving, he is wagging his tail, it's really a testament to the spirit of these animals.

Local law enforcement urged the local community to keep an eye on potentially abused pets in the area, pointing out that this story could easily have ended far more tragically. 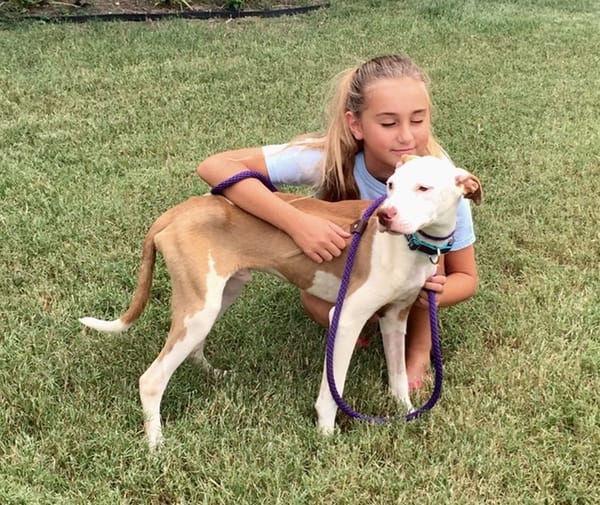 If you would like to adopt Nino, you can contact Blues City Animal Rescue, where he is being fostered.