Seeing Clementine running around, overflowing with energy, it's hard to believe she's the same pooch who was in emergency care a few weeks earlier. 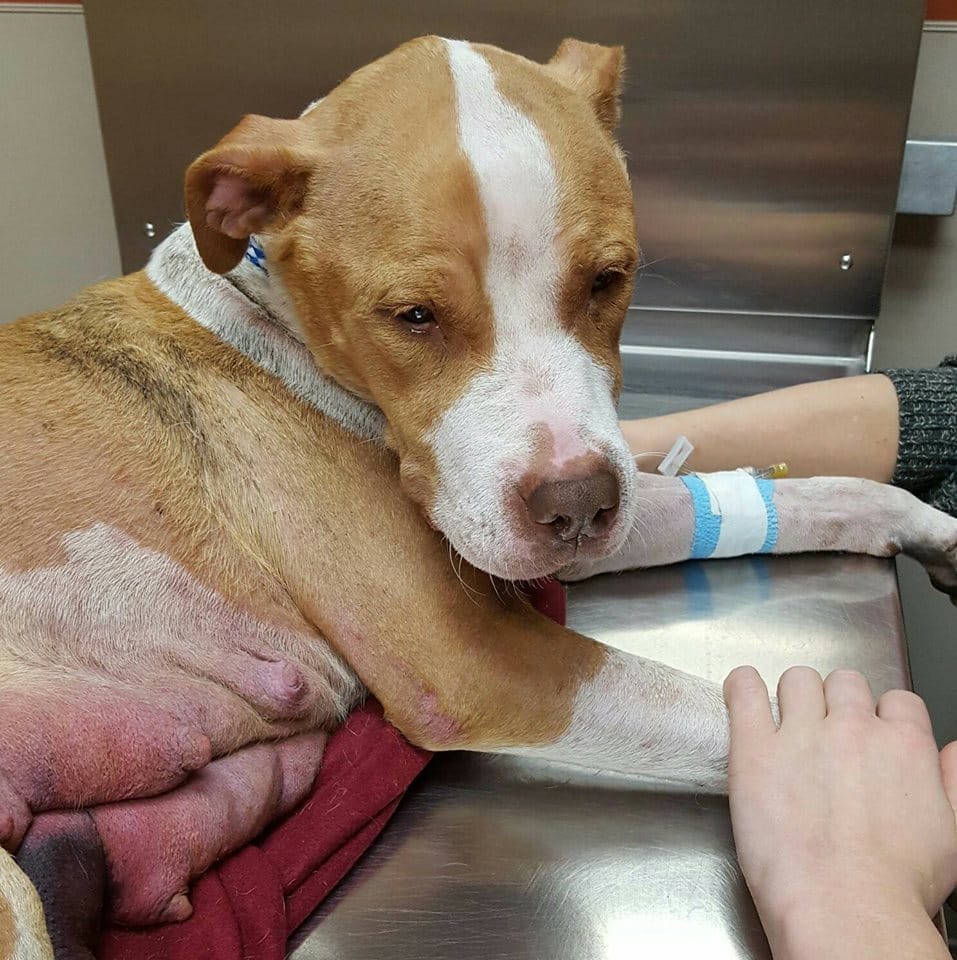 The Pit-mix was a severely underweight stray wandering the streets of the South Side of Chicago. When animal control found her, she was lactating, most likely used as a breeding dog and dumped, as no puppies were found.

After five days at Chicago Animal Care and Control, they noticed she had developed an infection of the breast, called mastitis. 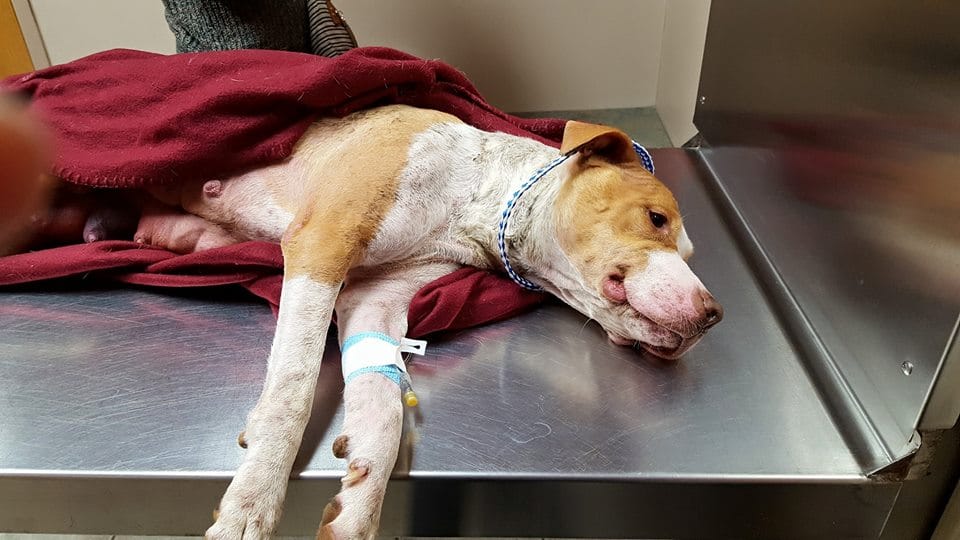 The infection spread quickly, leaving her with dead, blackened skin, completely drained of energy. Despite an IV fluid drip, she wasn't getting better, so Clementine was scheduled to be euthanized on April 10. 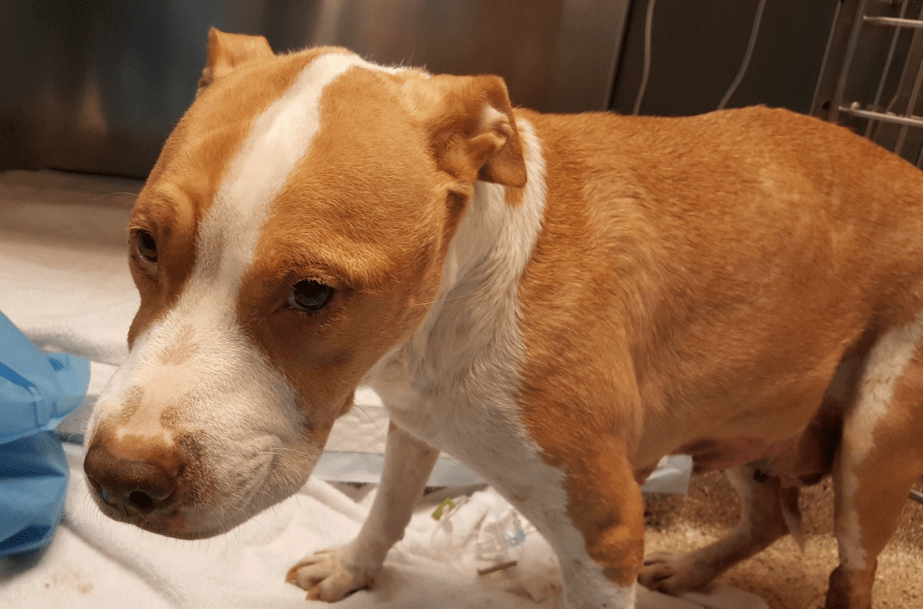 Just before her deadline, Chicago Animal Advocates (CAA) got wind of her story.

Something about her caught their attention, and they knew she was special. They managed to stop her euthanization, minutes before it was scheduled to take place, and rushed over to pick her up. 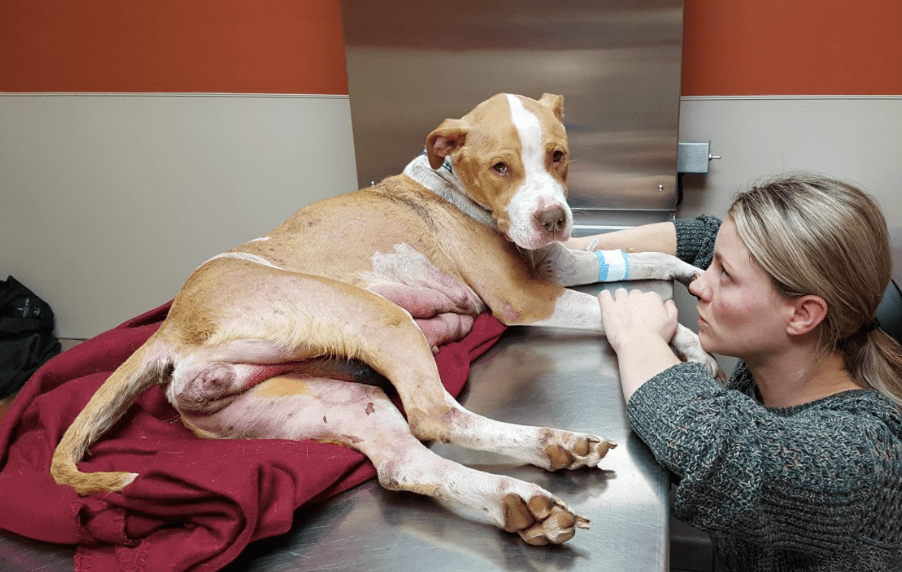 The volunteers immediately brought her to an emergency veterinary facility.

Angelica Staniszewska, President of CAA, spoke to the Holidog Times:

She could barely lift her head. I had to scoop her out of the car. There we found she also had pneumonia in both lungs. […] Her skin was becoming necrotic, but they couldn't operate because the pneumonia was so bad. 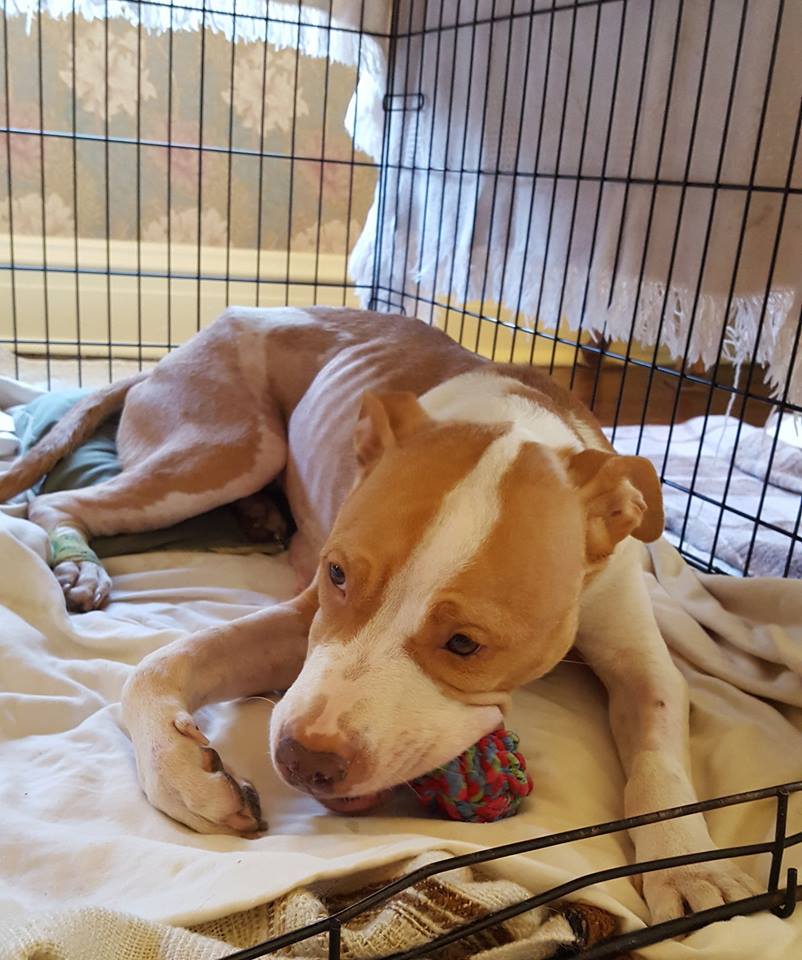 After a week of treatment to control the pneumonia, they were finally able to operate, removing the infected breasts. Her condition was still shaky, and the volunteers weren't sure if she'd make it.

But Clementine wanted to fight.

She survived the surgery and started a long and winding road to recovery. Despite the difficulty of her situation, her veterinarians couldn't help but notice her sweet nature.

The dog was gentle and patient during all of the hard and sometimes painful procedures that it would take to get her better.

After weeks in the hospital, Clementine's will to live paid off. She was well enough to be transferred to a foster home. 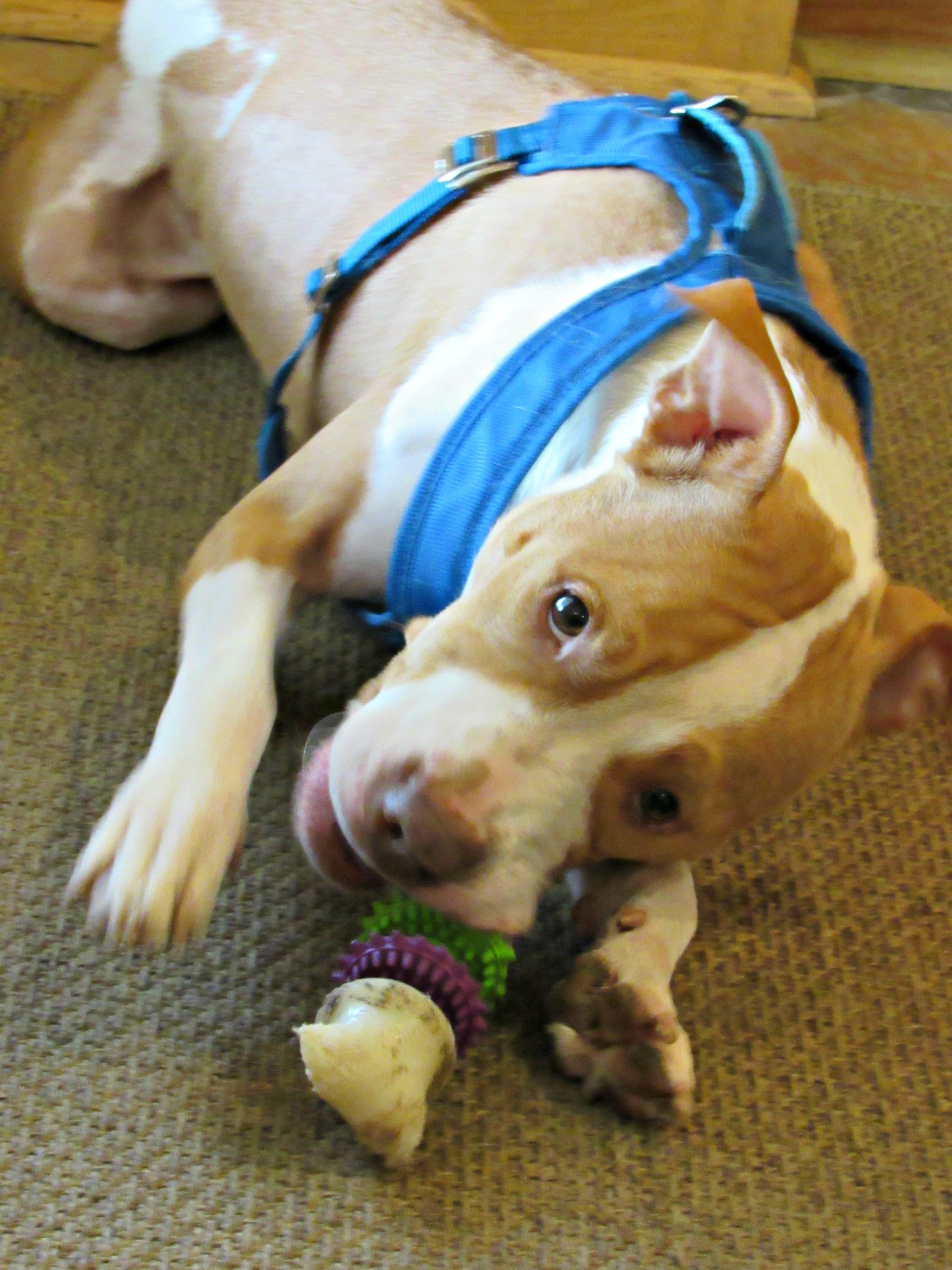 Now, the adorable pooch is gaining weight and getting her personality back. She was only 19 pounds after her ordeal, but is slowly creeping up towards her goal weight of 45 pounds thanks to a healthy appetite. 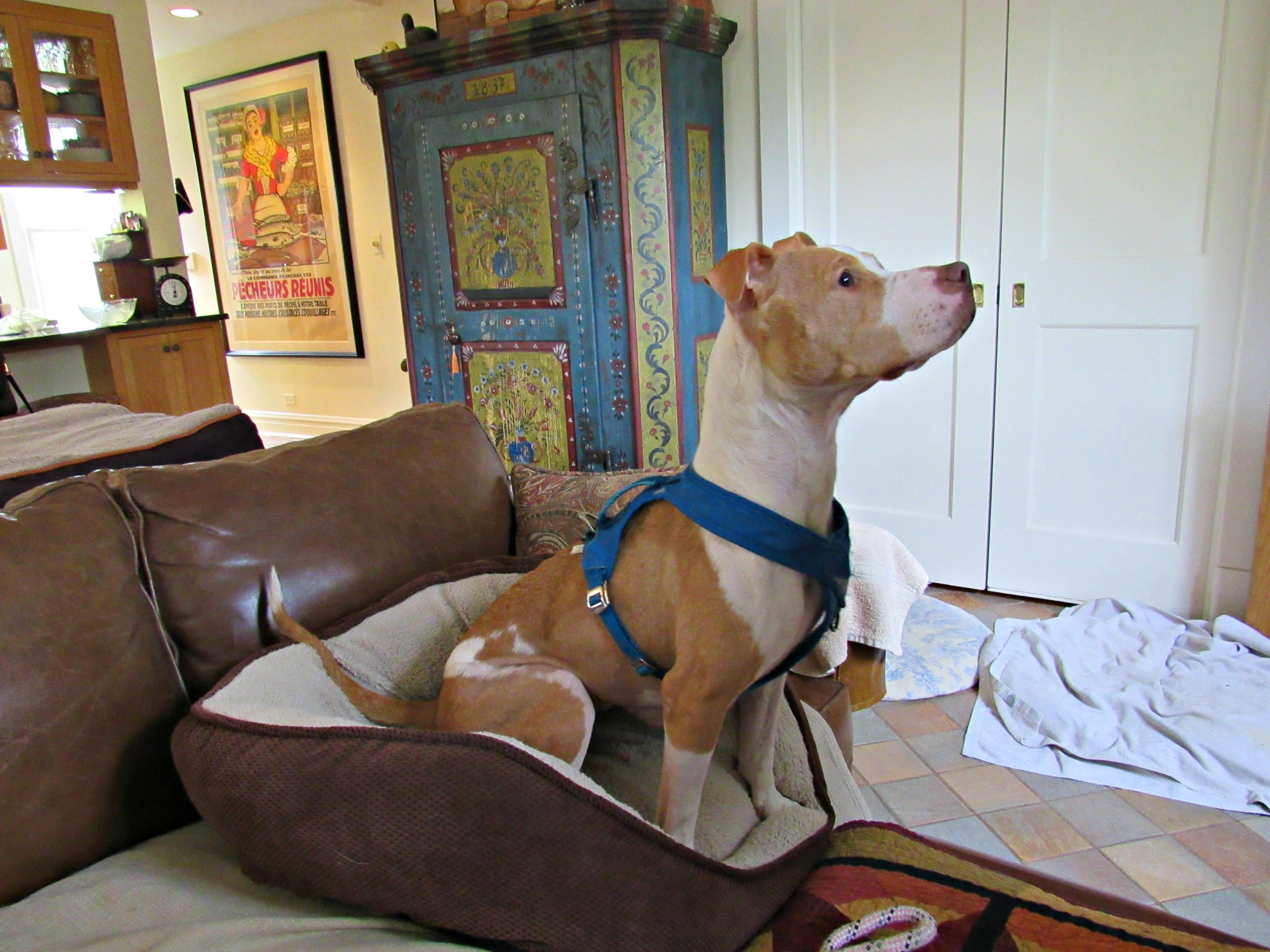 When she's strong enough, she'll be placed in a foster to adopt home where her rescuers can continue to monitor her progress.

Thankfully, Clementine is going to be okay, but all of her pain and suffering could have been avoided if she had just been spayed.

There is so much that can go wrong for female dogs who aren't spayed. There are so many cheap options here, but people don't want to spay and neuter. They breed their dogs just to make a buck.

The total for Clementine's medical care was over $12,000. The CAA has managed to raise $7000 so far, but you can help contribute to her treatment by donating, here. More donations mean more dogs like her will be rescued from a sad end. 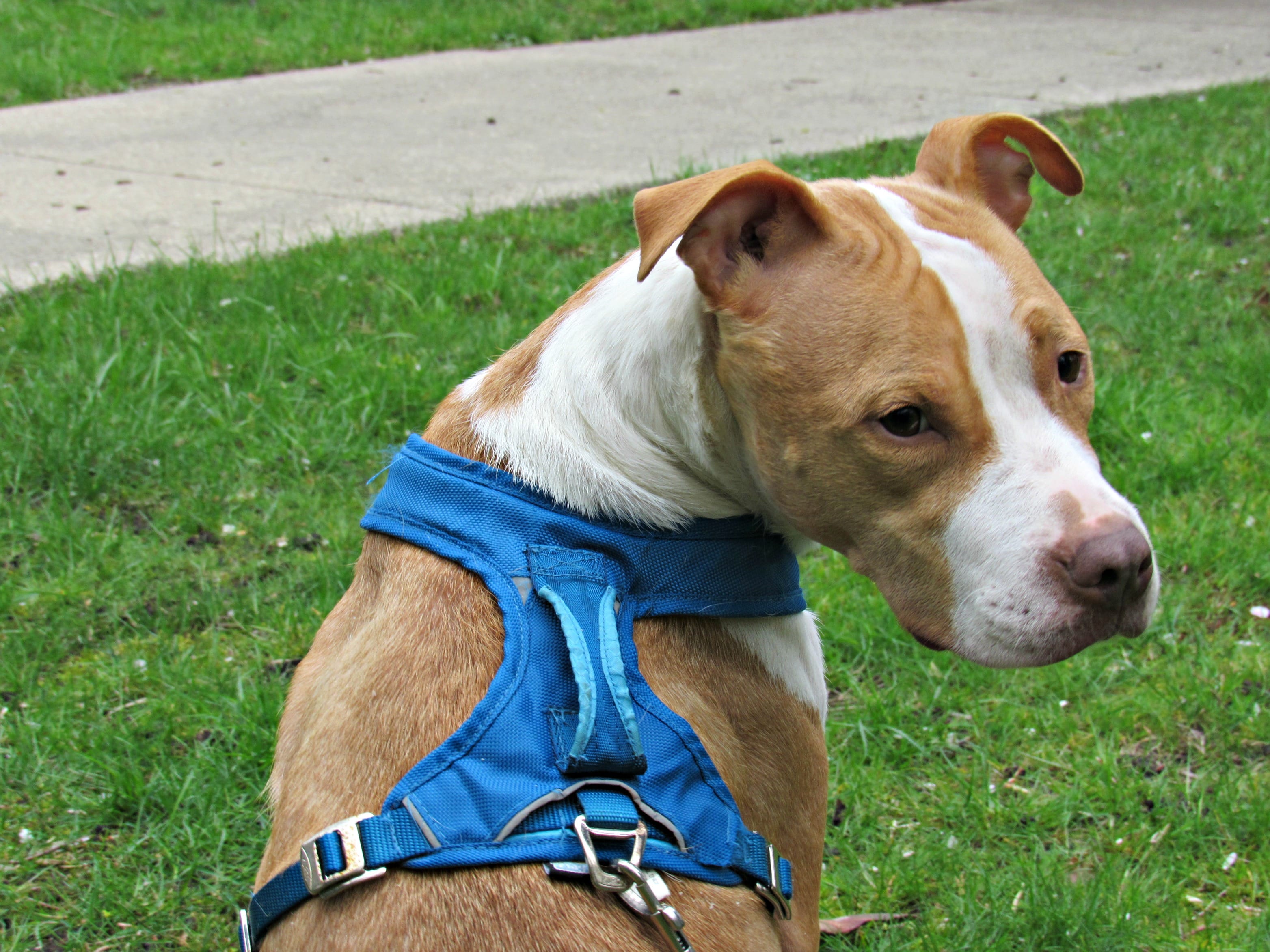 She's worth every penny.

You can also follow along with her progress on the group's Facebook page. If you're interested in adopting this sweet girl, you can fill out an application, here.