Rescuers at Hope for Paws received several calls about a one-year-old Golden Retriever seen wandering around an industrial area in Los Angeles, California. 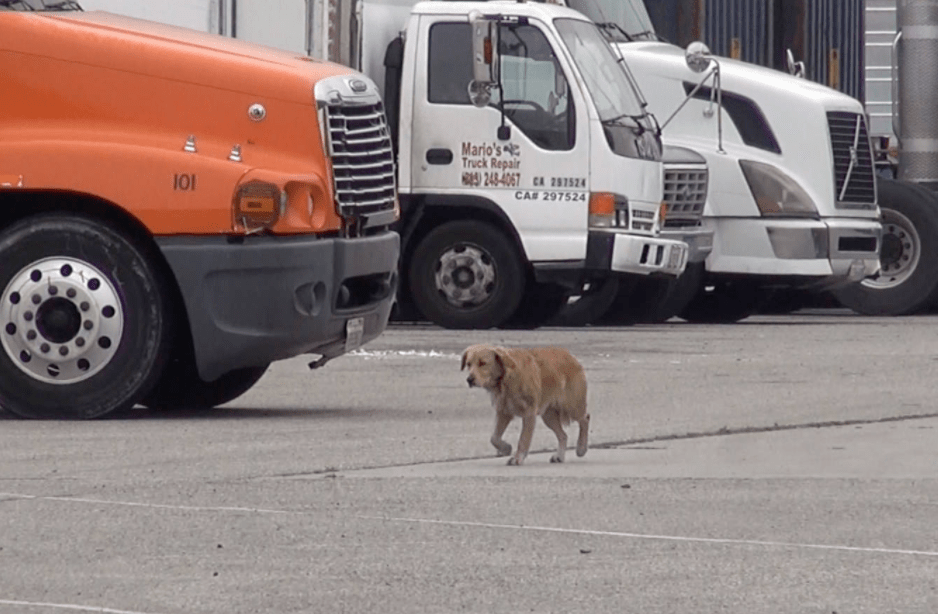 They tried to catch Clarabelle for five days without any luck. They had tried luring the dog with food and a soft snare pole, but nothing was working. On the fifth day they stumbled upon her once again in a parking lot.

Unfortunately, a nearby train horn scared her into running under a shipping container where the pup stayed hidden and refused to come out. 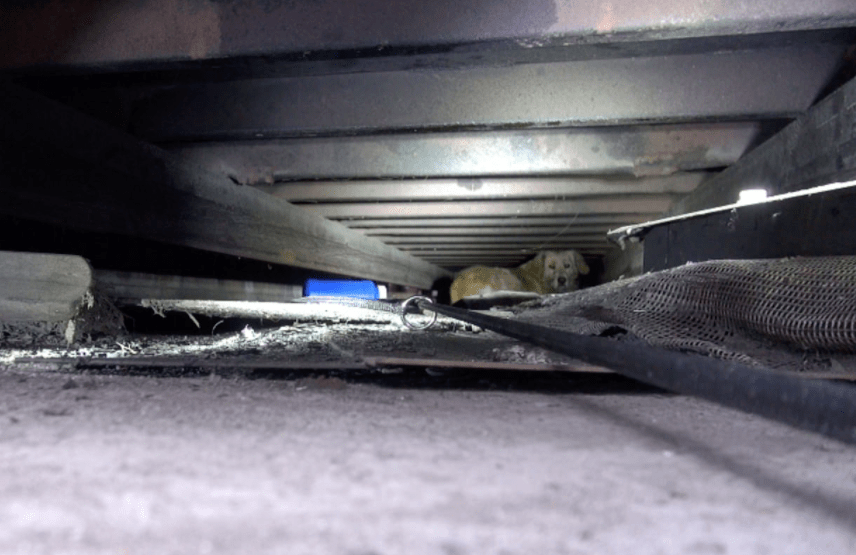 Clarabelle was clearly afraid and hid so far back that they couldn't get to her.

Eldad Hagar, founder of Hope for Paws, looped the snare pole around her neck so that she couldn't move, but he refused to pull her out. 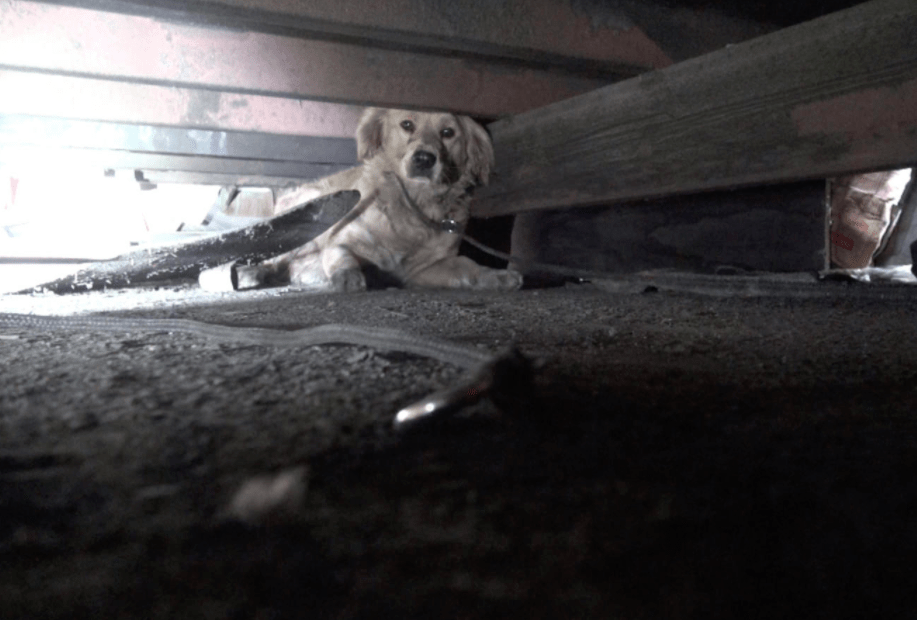 At some point she tried to make a run for it. I could've dragged her out and battled, but I wanted to build a relationship for her safety, my safety, and so it wouldn’t be a traumatic experience for her.

At one point, the dog was so clearly visibly terrified that she covered her eyes with her paws. 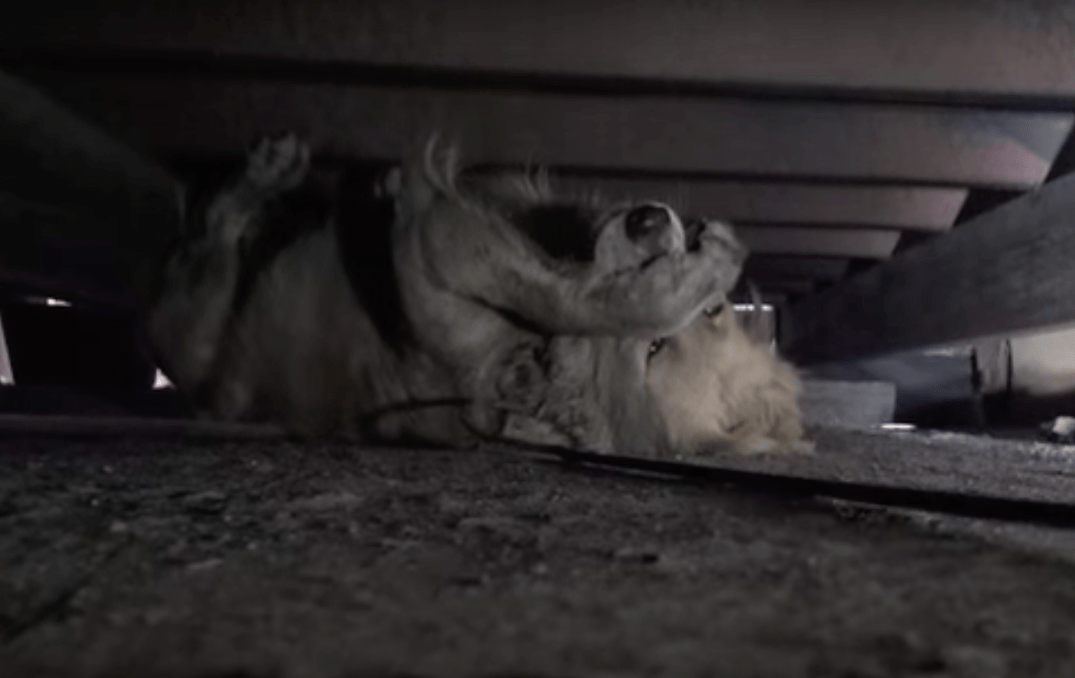 It was then that Eldad decided to crawl army style to meet the dog and comfort her. He slowly began petting Clarabelle and patiently waited to gain her trust.

He eventually grabbed her front legs to pull her out little by little, being extra careful not to hurt her.

Once she popped her head back outside, they gave her some time to adjust before placing a leash around her, and giving her her first real hug. 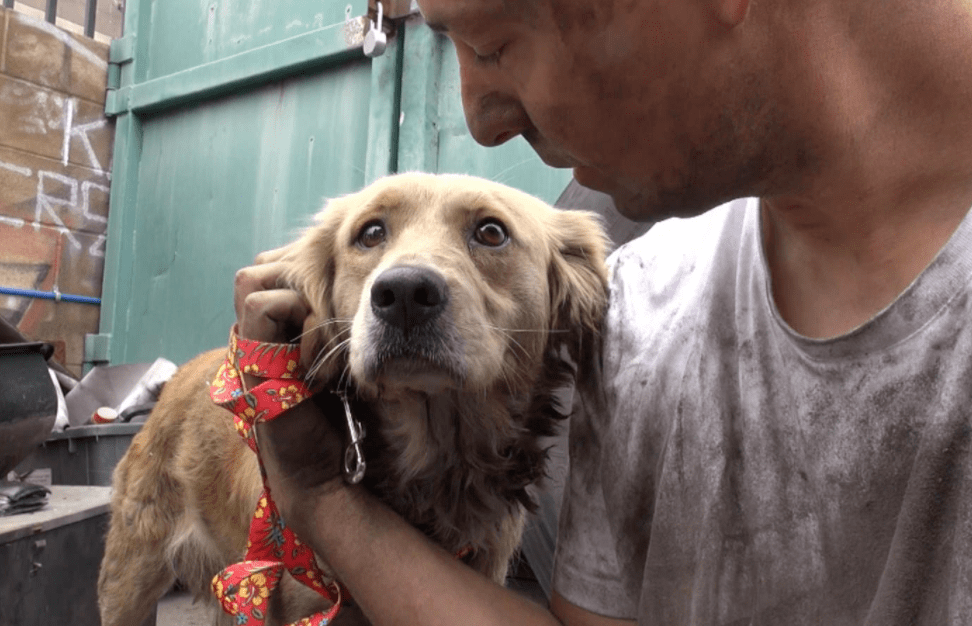 It really took so much effort, but it's so rewarding. To really see a dog go from that scared and not letting anyone touch her, to her coming to me to give her a hug was very, very sweet.

Once they got Clarabelle back to the shelter, they gave her a bath, and the shy dog started to blossom with the love and care she received. 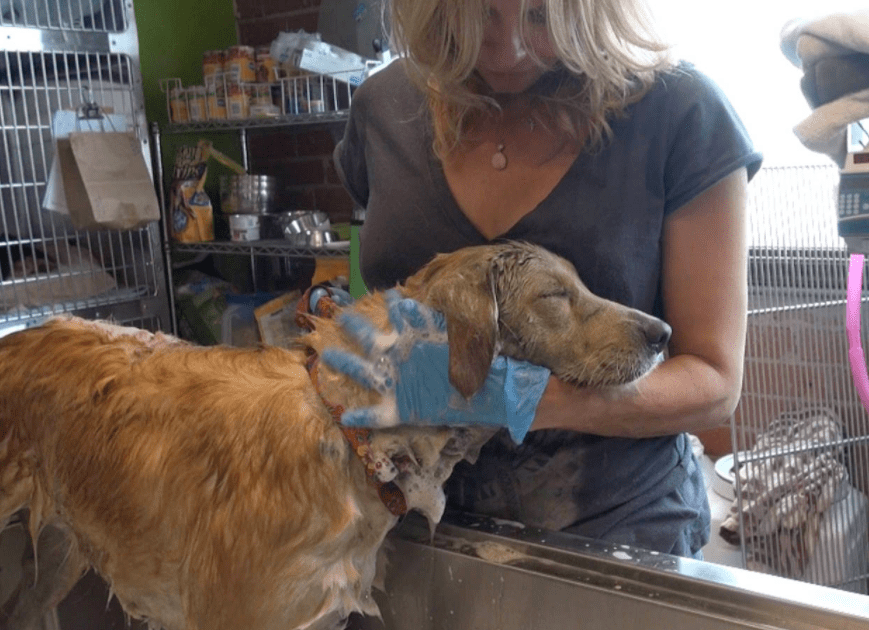 She was handed over to the organization, Southern California Labrador Retriever Rescue, to be put up for adoption, where she quickly found a forever family. 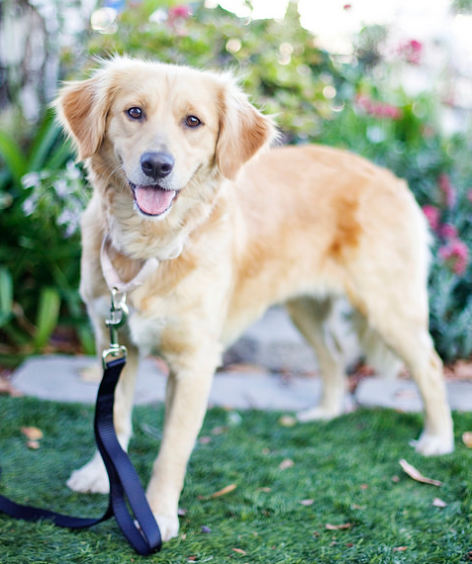 These rescues would not be possible without the generous contributions of people who are inspired by their stories. If you would like to donate you can do so, here, for Hope for Paws, and, here, for SCLRR.

Watch the full video of the rescue below: