Chevy, a Bulldog, had a roller coaster of a time finding a forever family. 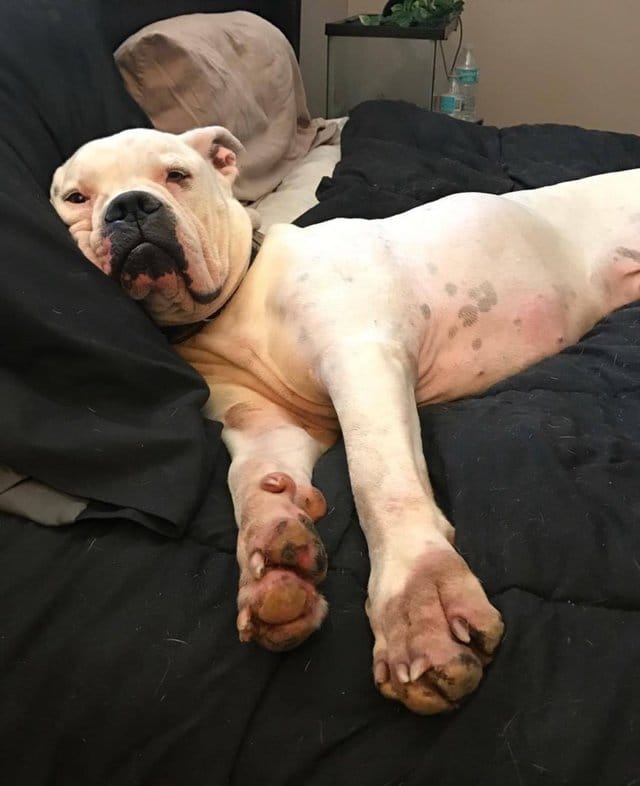 He first arrived at the Hillsborough County Pet Rescue Center in November 2015 in Tampa, Florida. The adorable pooch was adopted after one month, but for whatever reason, he was returned to the shelter just two months later.

Unfortunately, his condition had greatly deteriorated since his last stay. He had heartworm and was missing large swatches of hair from his face.

Chevy was treated at the shelter, and had incredible behavior. He was a sweet dog, and it was obvious to everyone who met him. 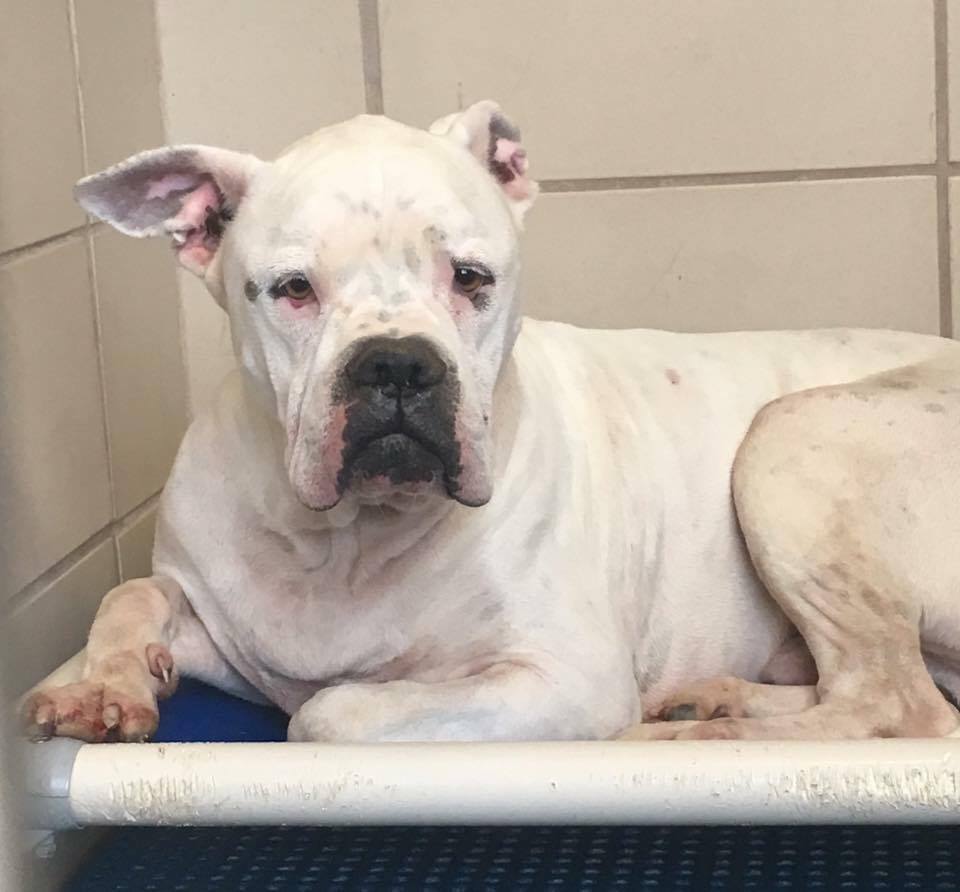 He was adopted once again in March of 2016, but sadly this time didn't last either. The canine was found as a stray and brought into Pasco County Animal Services, where his information was posted online.

Volunteers from the Pet Rescue Center recognized him immediately, and contacted the family who adopted him, but they never went to get him.

Instead, Chevy was left scared and shaking in his kennel, terrified to once again be in this situation. Volunteers at the Pasco County Shelter posted a video on their Facebook page begging someone to give him a loving home.

?Rescued!! Chevy will not have to worry again,, he has been rescued by Second Chance Boxer Rescue! ?. Welcome to your new life sweet boy!

So,, who is missing this handsome guy? His name is Chevy,, he came in as a stray this afternoon, Thurs (10/20/16) & has a microchip. He was lucky to be able to go into a kennel that had just opened up in building A but as you can see by the video,, he is very scared. He did not move from this spot. Please share!!

The video went viral and caught the attention of Melissa Davis, who agreed to foster him.

I was nervous about taking Chevy into my home as I have 4 older dogs and 2 cats, but something about him just spoke to me. I had also recently lost another American Bulldog that had come from Pasco County Animal Services, so there was some sentimental value in taking Chevy in as well. 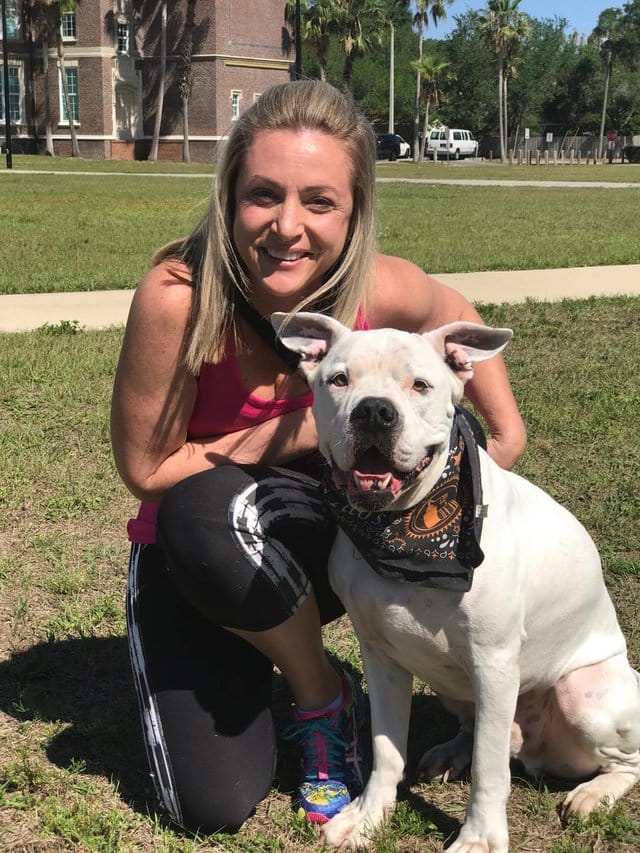 Davis had only intended to foster the pooch, but she quickly fell in love and couldn't imagine life without him.

I did not need another permanent member for my canine family, but there was simply no way that I could let him go. He has never had an accident, chewed anything that he wasn’t supposed to, or caused a single issue in or outside of my home. 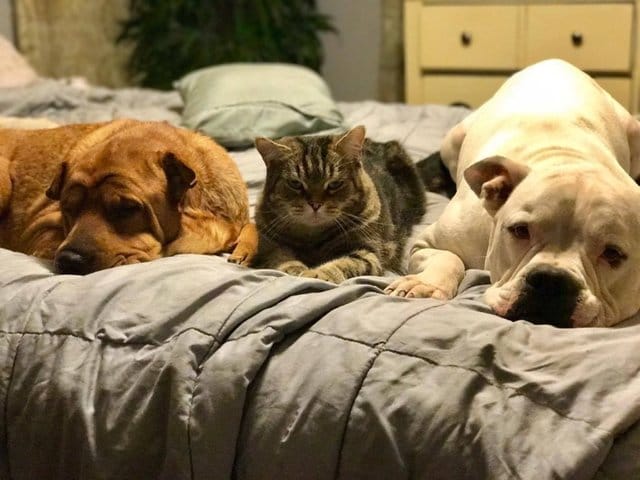 Now that Chevy has found the best forever home, he's acting as a spokes-dog for others like him. 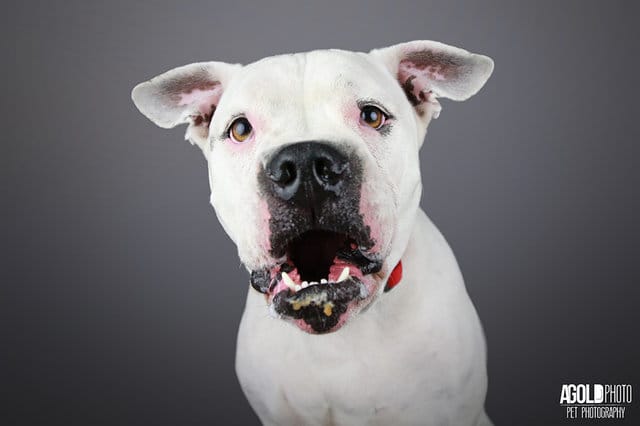 He did a photo shoot for the Pit Bull Picture Project, which aims to show just how goofy and lovable Pit Bulls can be, so that more of them will be adopted. 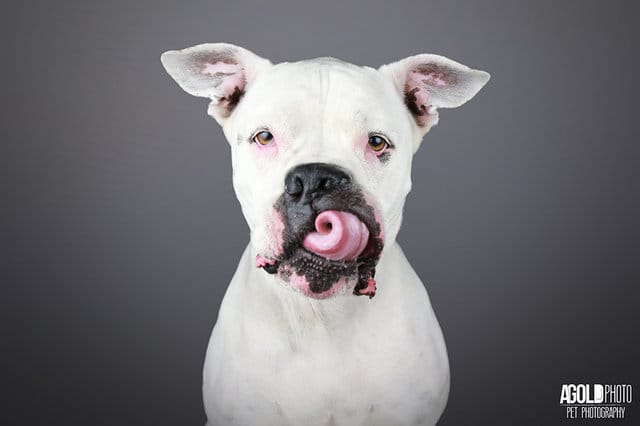