Mowgli was just a puppy when he was found by an elderly couple tied up in the woods. He was clearly starving and had swollen skin with cuts all over his body. 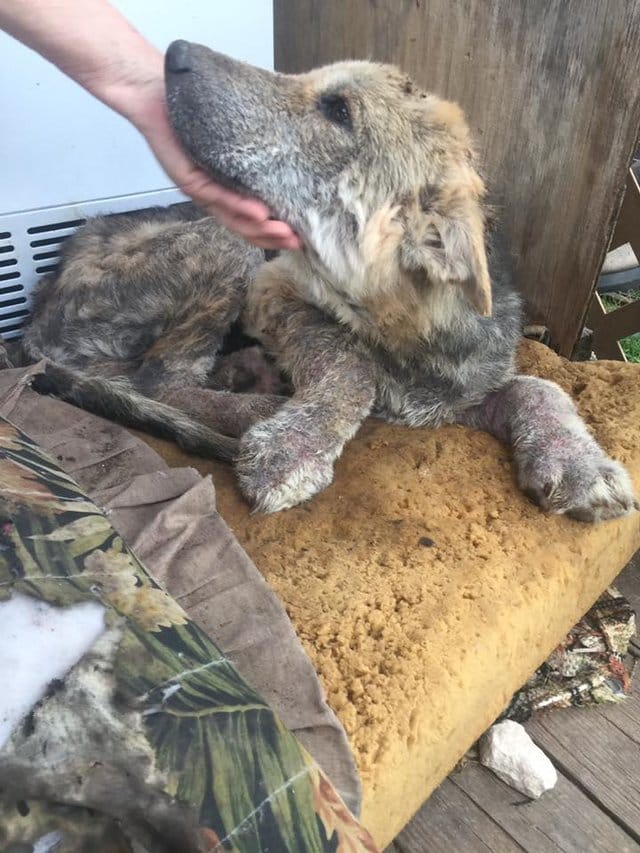 The couple brought him home, but couldn't properly care for him, so Mysti Boehler, founder of Texas based rescue,  StreetsToSheets Animal Rescue, stepped in.

Both Mowgli and Mysti cried during the dog's first veterinary exam. Mowgli, from the pain of being touched. Mysti, from the horror of seeing so much abuse.

She lovingly stroked the one part of his face which wasn't cut up, to try and reassure him that he was finally safe. She told The Dodo:

He was just a pup and it was obvious by his condition no one ever cared. 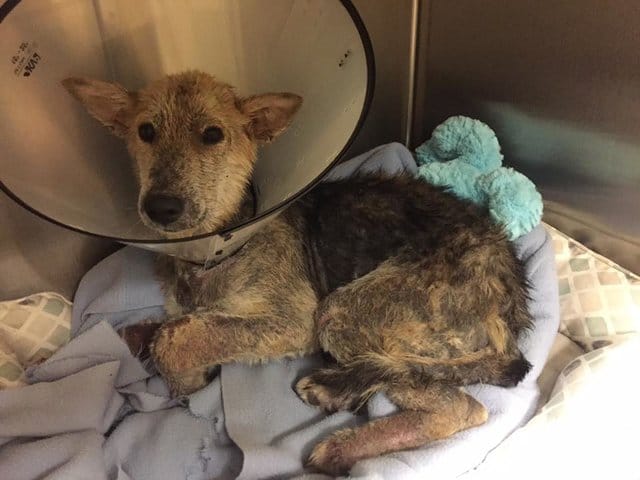 Mysti immediately began treating him, giving him pain relievers, medicated baths, and feeding him a specially designed diet to get him as healthy as possible. 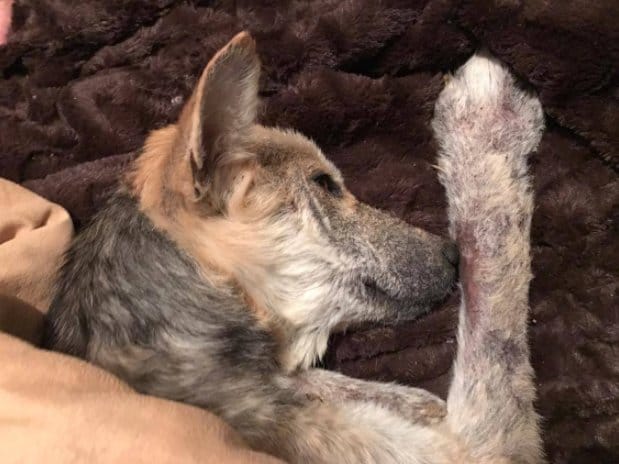 After a period of adjustment, Mowgli began trusting his new caretakers and was enthralled with all the love. Mysti continued:

As soon as we got him home and laid with him and showed him our touch was out of love and we weren't going to hurt him, he actually opened up to us very quickly, and all he wanted was attention.

The adorable dog's fanbase only grew larger when Mysti started posting pictures and videos of him on the rescue's Facebook page. 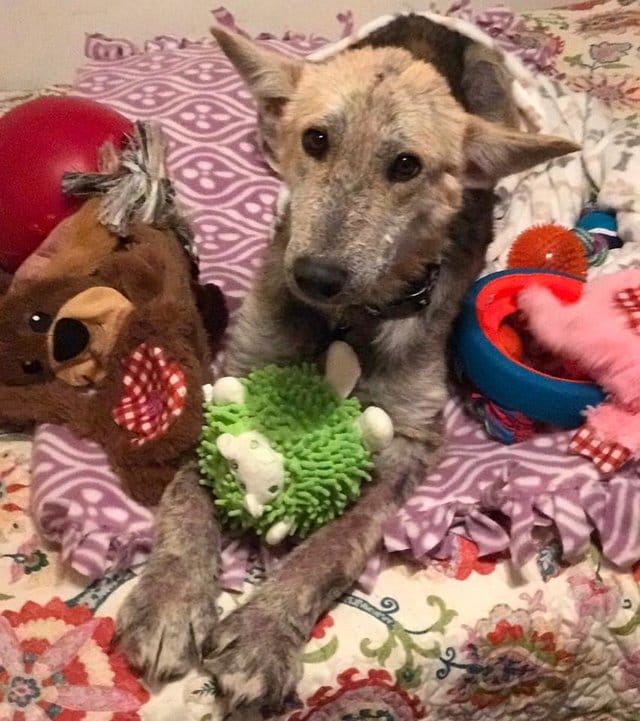 One of his biggest admirers was a woman from Pennsylvanian named Christa Chilcote. She even sent him an Easter basket filled with toys and treats.

After following Mowgli's progress for months, she started to not be able to imagine her life without him. So, despite already having three dogs and two children, she couldn't let him go. Christa explained to The Dodo: 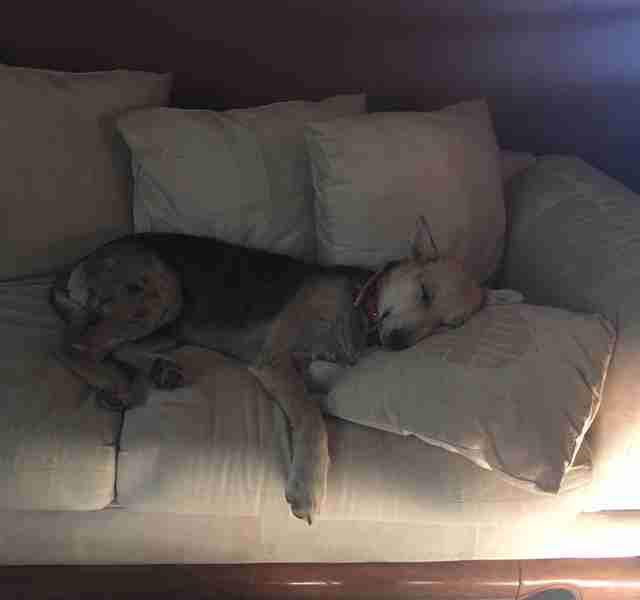 She tentatively called Mysti to ask if he was going to be put up for adoption, and right away the rescuer knew Christa would be a great mom to the pooch.

"I could tell in her voice and by the words she spoke that she loved Mowgli like I could only dream a person could love him," she said.

Despite the 1,200 miles between them, volunteers packed up Mowgli for the long car ride to Pennsylvania and his forever home. 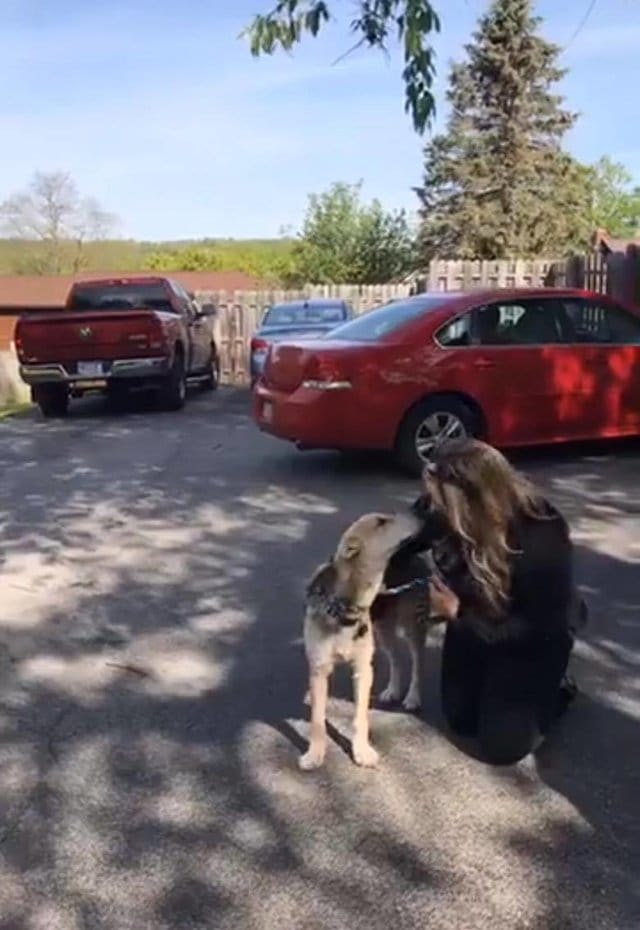 The dog is fitting right in at the Chilcote home, and he has become best friends with one of the other family canines as well as his human sister. 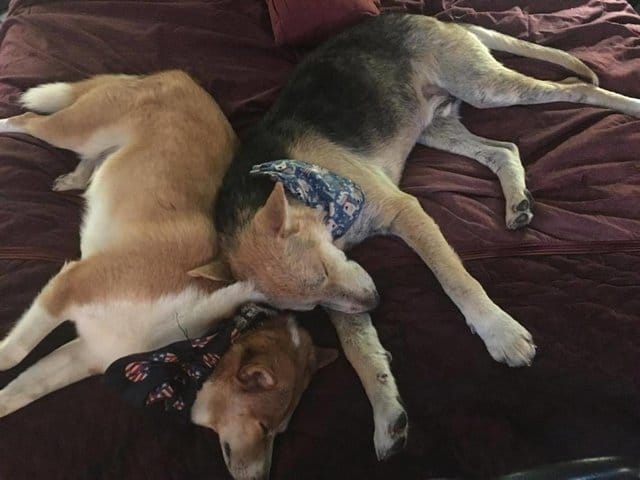 Now, Mowgli is a bona fide local celebrity. He got a party to celebrate his adoption, and people from all over came to meet him and give him affection. Mysti is thrilled with the pup's new life, concluding:

I wanted him to know what love was. That sounds so cliche but it's true. 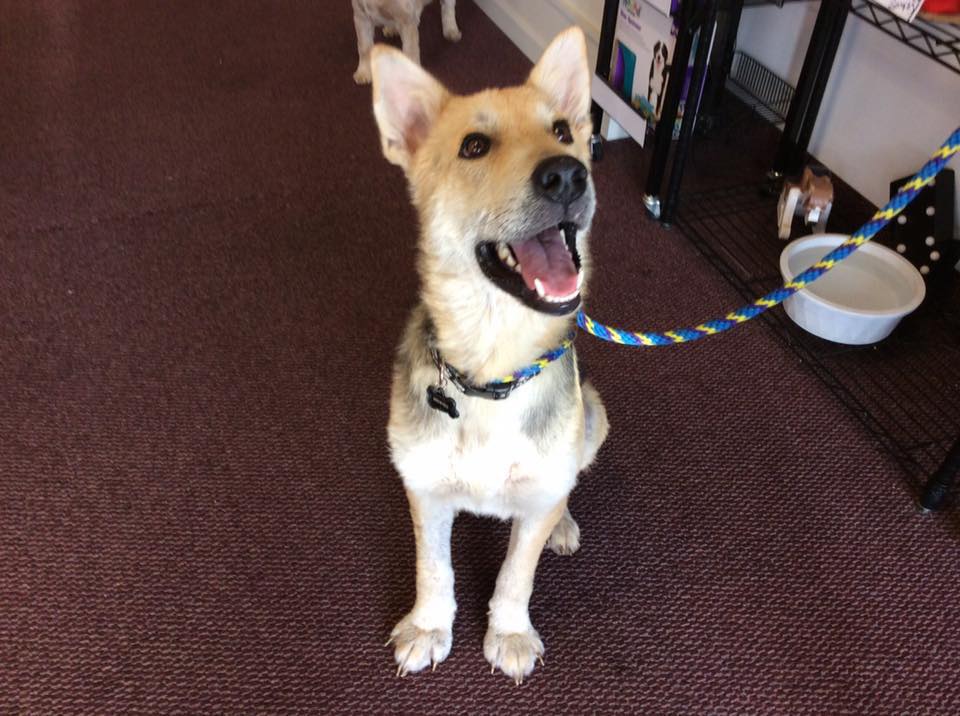 If you would like to follow along with Mowgli on Facebook, you can check out his page, here. You can also help contribute to the StreetsToSheets rescue, here.