Zeke is a special needs cat who was born with a disorder called hydrocephalus, meaning he has water surrounding his brain, causing swelling and abnormal functions. He also has twisted feet and risked euthanasia at a shelter in Texas.

When Lisa Jones heard Zeke's story she knew she had to help him. The New Jersey native flew down and brought him back with her. 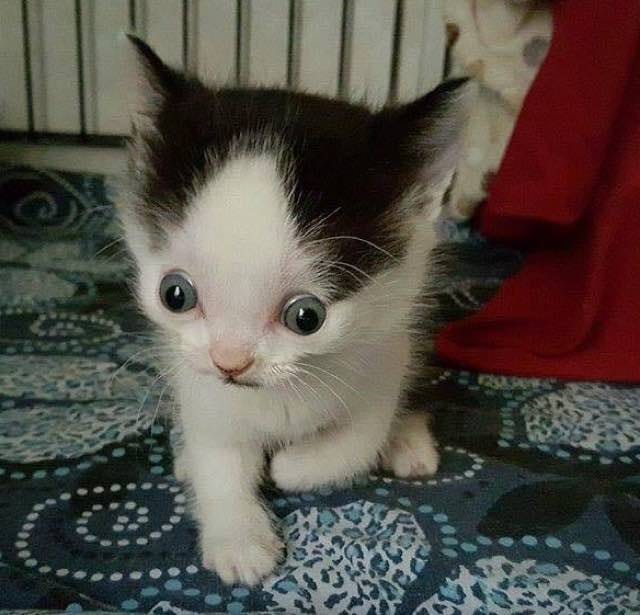 The 13-week-old kitten was tiny, but he never gave up, and his new mom, who takes care of several other disabled cats, knew just what to do. Jones runs a non-profit called Super Hero Hydro Society, named after her first cat with the disorder.

Despite his difficulties, Zeke is smart and full of life. He knows his name and crawls around on his forearms.

He romps, rolls, plays and unsuccessfully tried to climb (but it was a good try) and believes his litter box is actually a sand box and digs and somersaults all around in the litter. How do you correct a behavior that is just beyond adorable? You don't, you just make sure it's constantly clean! 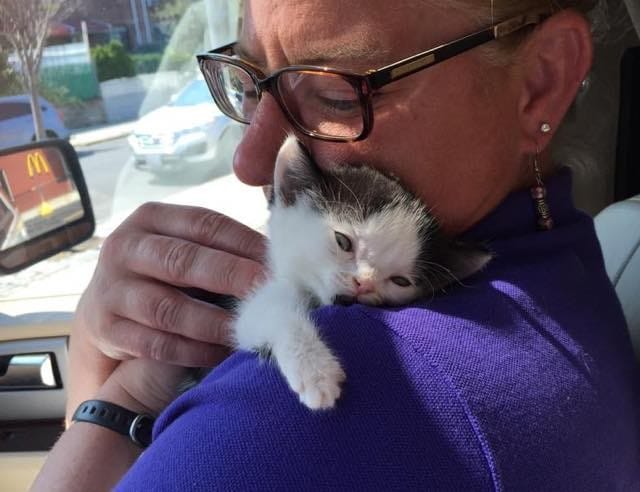 Zeke loves playing with Super Hero who is just like him. The older feline also suffers from hydrocephalus.

Super Hero has taken Zeke under his wing and watches out for him like a little brother. If Zeke is going somewhere he isn't supposed to be, Hero herds him back into the room or redirects his attention by gently tapping him with his paw. 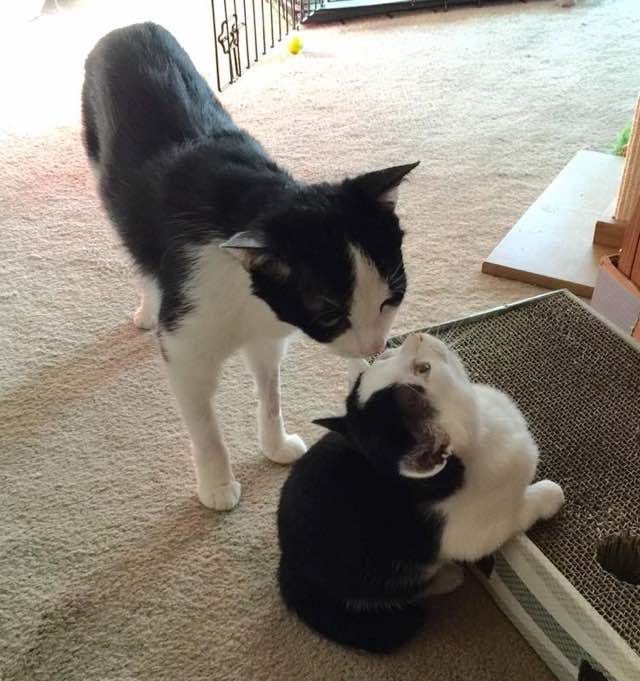 Zeke still struggles with health issues, and over the past few has had several complications, but Jones will never give up on him.

The kitten has grown into a beautiful cat. He is receiving lots of love and care, and despite having good days and bad days, he hasn't lost his spunk. 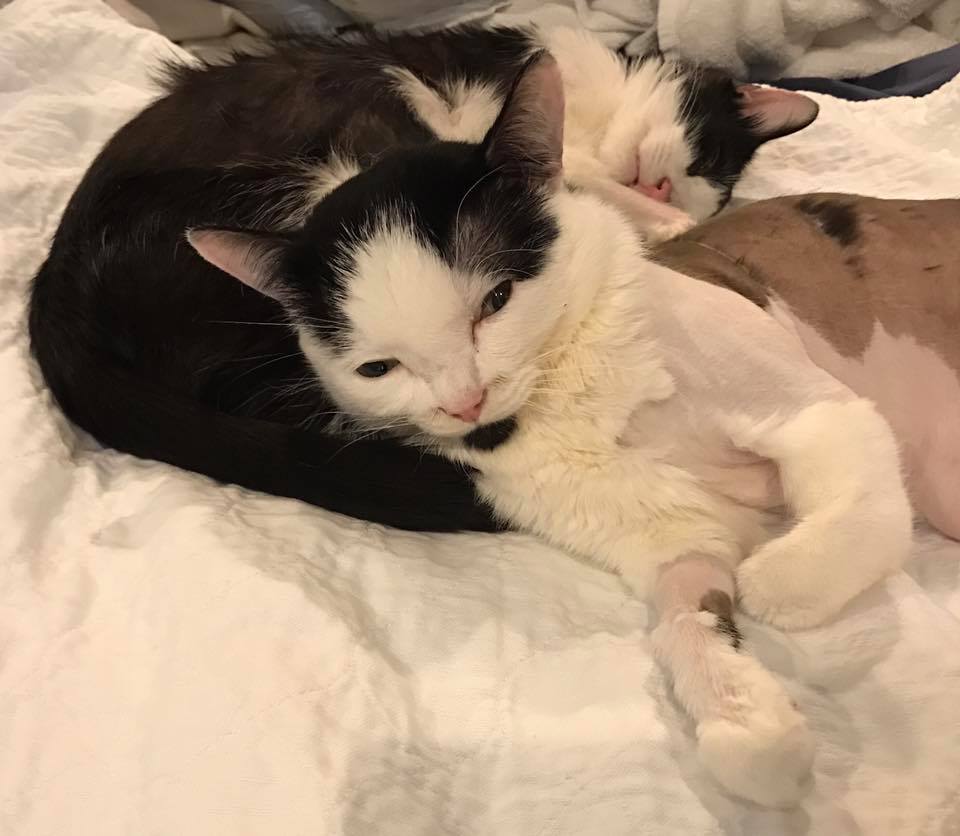 If you would like to follow along with Zeke and Super Hero's progress you can follow there Facebook page, here. You can also donate to their organization to help take care of the many disabled cats in their care.