Weiney is a female Dachshund aged 12 years old and is probably the most affectionate dog you will hear about today. Most dogs love spending time with their family but for Weiney, spending a second without them is simply out of the question.

The only time it's acceptable for her humans to stop cuddling her is when she's carrying out her second favourite activity; eating. 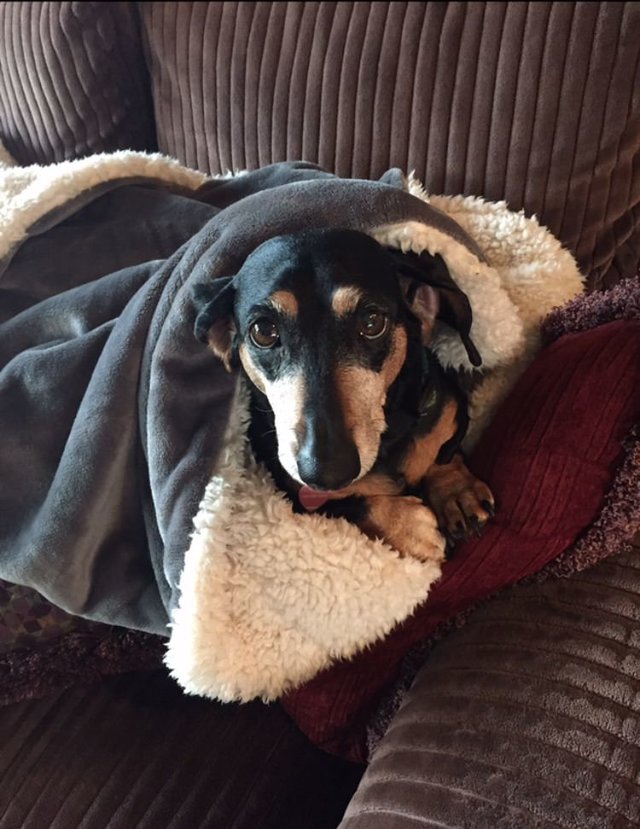 Rue Hart, Weiney's "sister" said to The Dodo that the little dog knows what she wants and she knows exactly how to get it:

She is a sassy little girl. She has an absolute attitude about her, like if she knows that you’re leaving soon (for work or to go out) she will sit in whichever room you’re in, and turn her back against you so you know she’s mad. She also happens to be the most cuddly dog in the entire world. The only thing in life she wants is a lap to sit on. 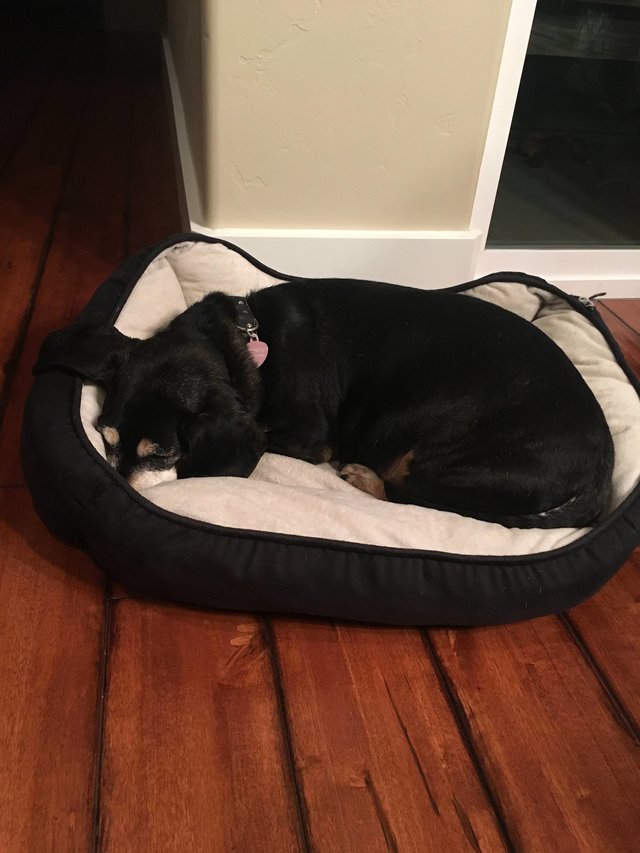 To allow the little Dachshund to always be by their side, Weiney's family has three beds scattered throughout the house: one in the kitchen, one in mom's room and then in her sister's office.

There are also plenty of soft surfaces for her to sleep on absolutely everywhere — but sometimes, if they’re just not close enough to her family for her liking, she has to take things a step further. 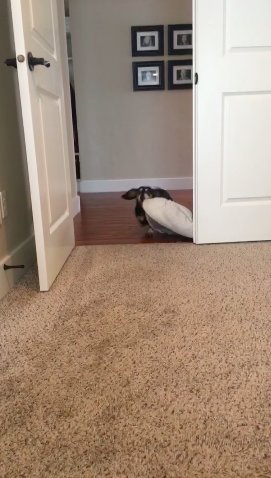 Sometimes, Weiney decides that she needs to be right at her sister’s feet or needs a specific bed in order to be comfy… 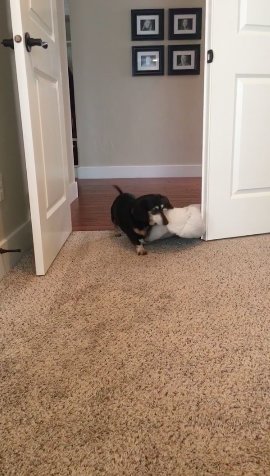 She drags her bed from one room to another, all by herself, just so she can be with her humans. Hart said that "she does really well for the most part, but as soon as she hits the carpet she can’t drag it anymore" as it doesn't glide. She then drags it the rest of the way.

She then settles down for a nap, taking comfort in the fact her family are close by. Erin Hart, Weiney’s other sister said:

She smiles when she’s getting loved on and will scratch her paw on your foot to get more attention.