It had been days since neighbors first started hearing intense whining noises without actually knowing where they were coming from. Thanks to their warnings, the Fondation Assistance aux Animaux (Animal Assistance Foundation) discovered who was making the desperate yelps -  a dog, an Argentine mastiff mix, in a state of absolute emergency. 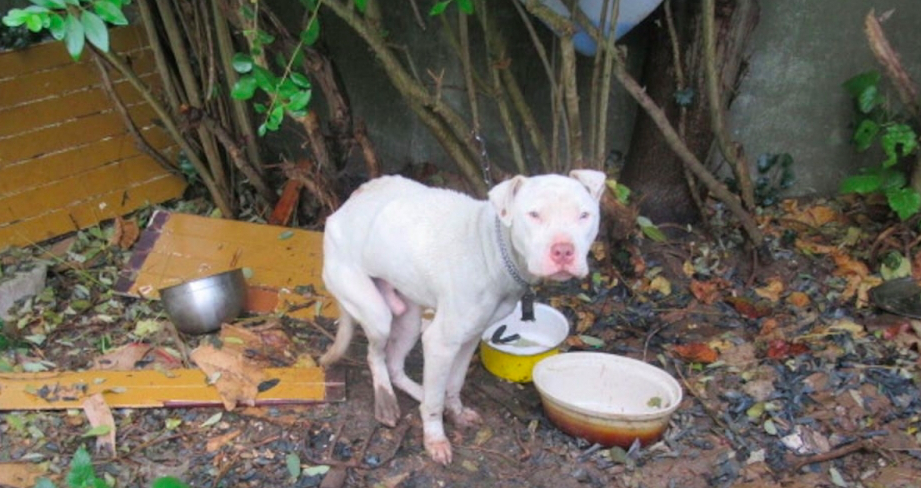 At the beginning of the month of November, the services of the Foundation sent an investigator to the town of Domont, just north of Paris, France, to try and understand where the cries of distress were coming from. When he arrived near the property where the noise seemed to be coming from, he rang the doorbell and asked to see the animal.

The young couple did not resist and brought the investigator into the garden where he found Ghost, chained to a tree and curled in a ball. The young dog was extremely thin and couldn't even move; he was soaked from the snow that had recently fallen in the region and had  injuries to his posterior.

Shocked, the inspector questioned the couple on the state of the dog. They did not seem to grasp the gravity of the situation, and claimed to find nothing out of the ordinary. Without waiting any longer, an agent of veterinary services filed a complaint to the local police for abandonment of a domestic animal.

The couple did not resist and consented to give Ghost to the Foundation, who brought him to a shelter in Charmentray, France. The dog, traumatized and struggling to move because of his critical weight,  is currently recovering. As soon as he has regaine his strength, he will be put up for adoption. 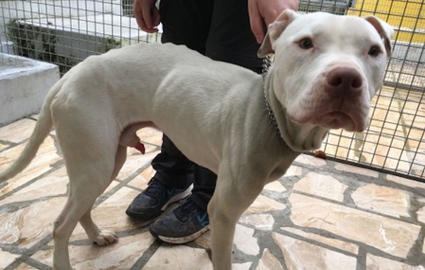 As for his unworthy former owners, they can incur a prison sentence of up to two years, as well as a fine of 30,000 euros.