Tigers in circuses are subject to a lifetime of torture in the form of punishment, beatings, cramped cages and insufficient food and water. One tiger at China's Hangzhou Safari Park decided he had had enough.

In January, during a circus performance, he grabbed the trainer's whip in his teeth and started pulling him across the stage, but the trainer let go only to make the tiger stumble backwards and fall into a pool below the stage, reports The Dodo. 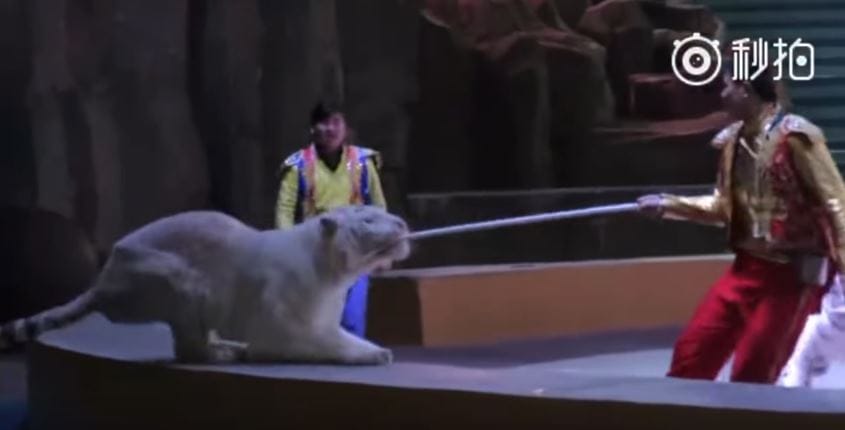 In the video published on YouTube by animal rights organization, Animals Asia, the other tigers on stage see what happens, and their trainers crack and wave their whips around, trying to tame the animals, but they refuse to listen. They want to help their friend. 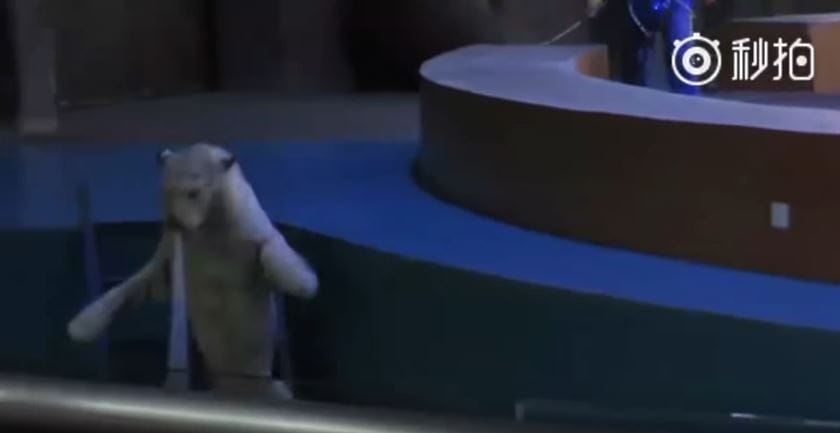 One tiger runs over to the pool and touches noses with the animal that fell in, seemingly to check if he is doing alright. But he soon realizes that the trainers and their whips are getting closer, and cowers in fear, before being forced back to the stage. 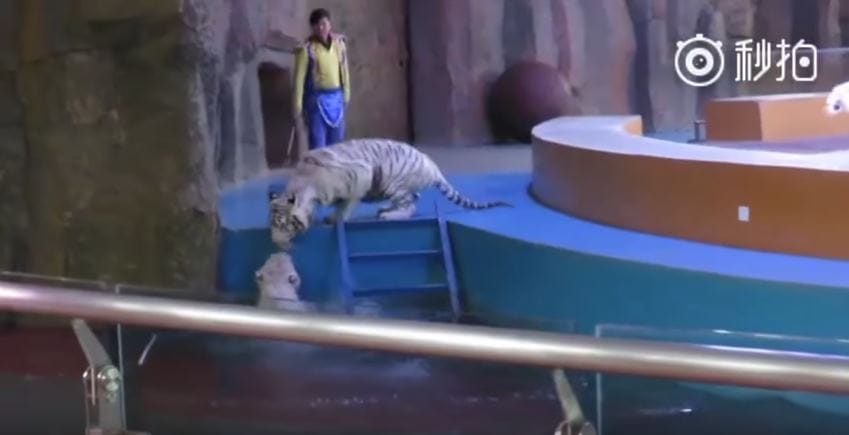 Amazingly, as soon as the unfortunate tiger drags himself out of the pool in pain, another one of his friends rushes over to console him, risking whips and punishment from the trainers. All the other big cats then follow suit, joining him in muzzling the wet tiger in an incredible show of solidarity. 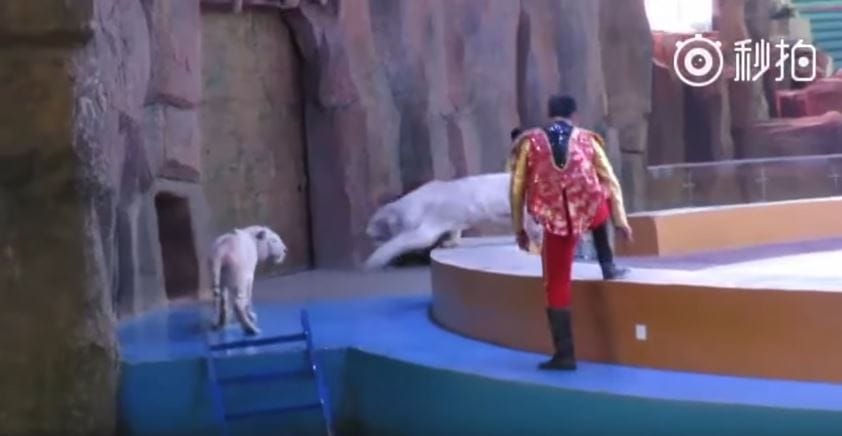 The video clearly shows the tigers empathising with the plight of their peer. They know he is in trouble and needs help and they want to give it to him. They are torn between their training with its threat of violence and their natural sympathy for another tiger in danger. 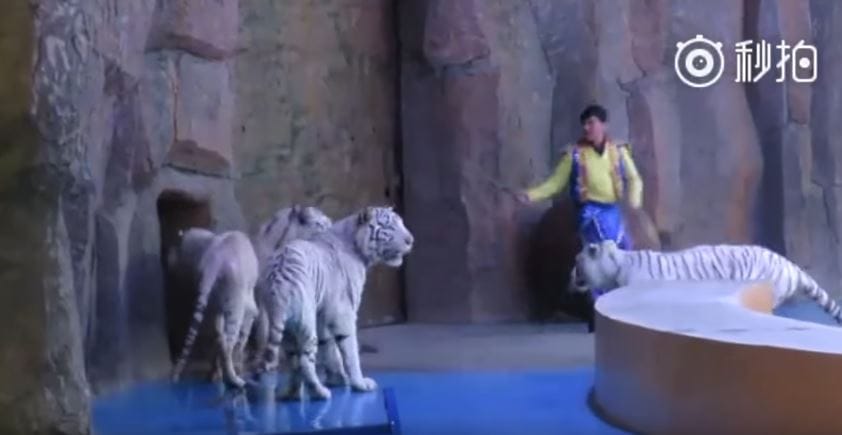 The clip has caused outrage in China and has led many people to condemn the cruel training methods in circuses. Animals Asia said on their Facebook page that the circus has bowed to the pressure and critique from the public, in a rare win for animal activists in China:

The public outcry also forced the park to change their ways. They have cancelled all tiger performances pending a review of their practices.

This is sadly not unique to China, and in the U.S. trainers also use fear-based tactics to train animals in circuses. The organization is hoping that this video will encourage people across the world to spread awareness about the absurdity of using animals in circuses. Watch the full video of the beautiful show of solidarity by the circus tigers below:

If you, too, feel that animals belong in the wild and not living in cramped cages, whipped and beaten, and forced to perform for jeering crowds, take the pledge to never watch another circus that has animal acts. 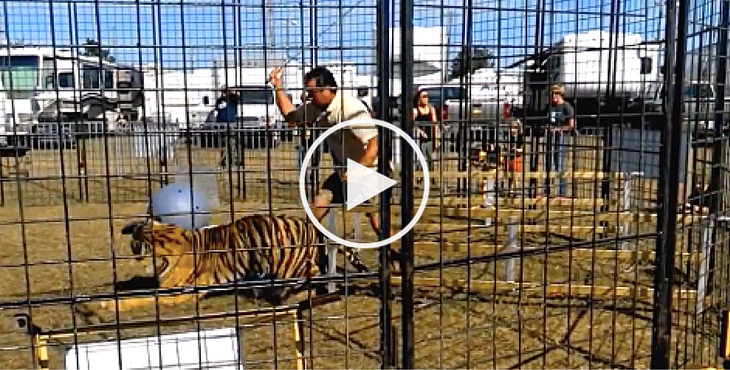