On Sunday, May 7, a lion at the Buffalo Circus violently attacked his trainer while the troupe performed in front of hundreds of people in Doullens, a town in the north of France.

In the middle of the show, the animal "jumped at the throat of his trainer," according to the French paper, Courrier Picard, which reported on the incident. On the ground, the lion inflicted serious injuries to the man, who was in his thirties, notably to the neck and leg. 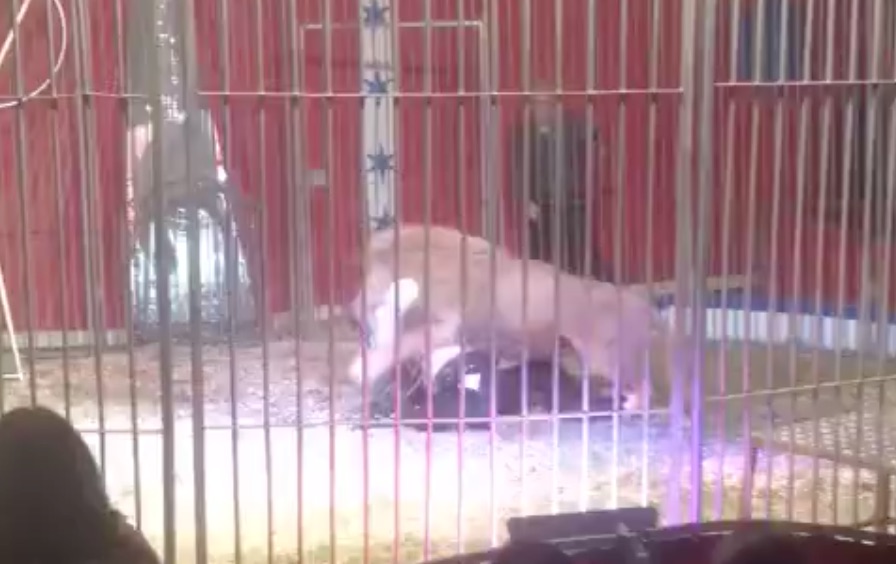 It was the female trainer who finally managed to push the lion back with the help of a fire extinguisher. The man was immediately taken to the hospital by helicopter where he had a five hour operation. He is no longer in danger, according to latest information.

(Caution: Some images are graphic.)

To explain the incident, the organizers at the Buffalo Circus blamed "mating season," all while specifying the trainer had been working with the animal for six years and he took "great care" of him.

After the incident, animal activists recalled the absurdity and inherent risks associated with the presence of wild animals in circuses. PETA France (People for the Ethical Treatment of Animals), declared in a press release:

This accident proves once again that the use of wild animals for spectacles goes against not only the well-being of the animals, but threatens the safety of circus personnelle and the public. 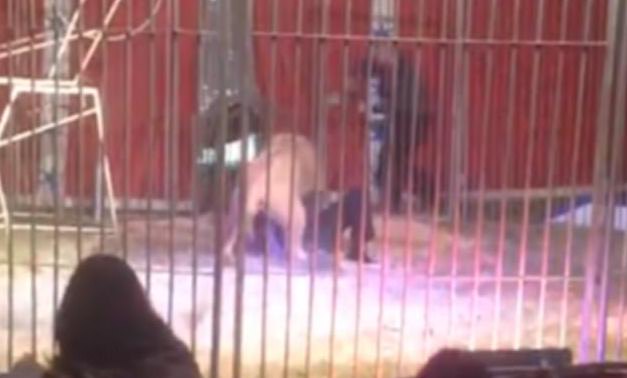 The reaction from animal welfare associations was even more intense, as the status of the two lions (the one responsible for the attack and his friend who was in the cage at the same time) was uncertain.

The circus organizers initially announced that they would be euthanizing the lion, according to the Courrier Picard. "He attacked. He showed that he isn't submissive. We can no longer work with him," they explained, before backtracking and stating that there was "no question question of euthanasia."

In a tweet from May 8, noted animal rights group, Fondation Brigitte Bardot, reacted and called on the environment minister, Ségolène Royal, to demand she order the seizure of the two lions. "We call on Ségolène Royal to seize the two lions and entrust them to us," precised the association, which confirms already having found them a "new home."

According to the most recent update, the two lions will stay with the circus and will continue the shows once the trainer is healed. The Fondation Brigitte Bardot seems determined to have the animals entrusted to them and has made several pleas on social media.

We will update this article when more information is available.

Millions of animals are still stuck in cages, enclosures or buildings every day.

Tourists and visitors need to be informed of the harm inflicted upon these animals, physically and emotionally, from being entrapped in a cage. Animals were made to roam free in their natural habitat, and they are not there for human entertainment.