Mr.Purple Paws made a very narrow escape from a tragic fate in Naples, Florida earlier in May. The sweet feline was found by Clewiston Animal Control while he was roaming the streets all alone. 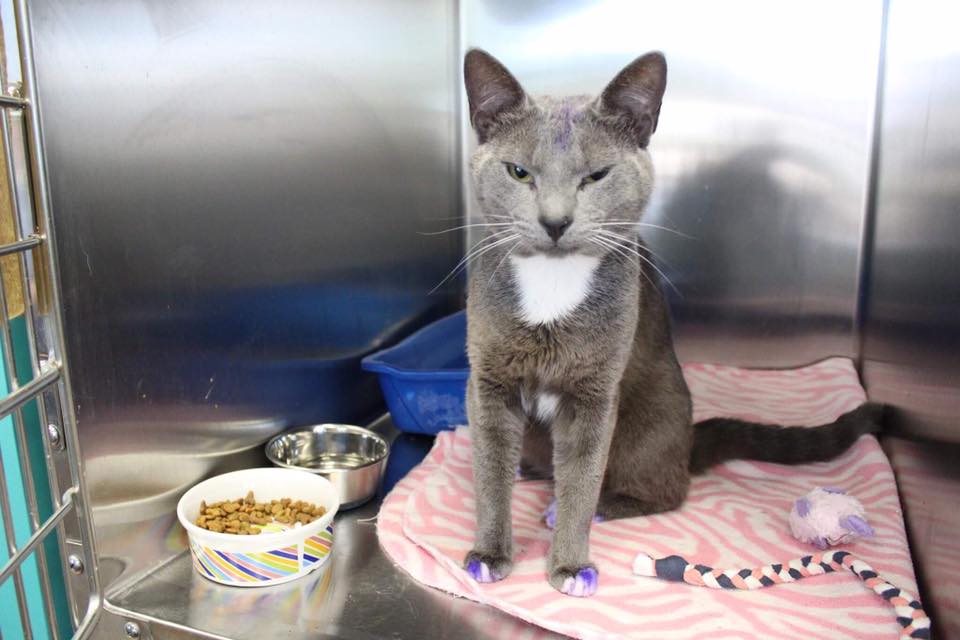 He was quickly transferred to the Naples Cat Alliance where Megan Sorbara took him in, assuming that he was simply another stray left behind by his family.

However, upon closer inspection, volunteers noticed something odd. The feline's paws had been painted purple, along with a stripe on his forehead, giving him his new name, 'Mr. Purple Paws.' 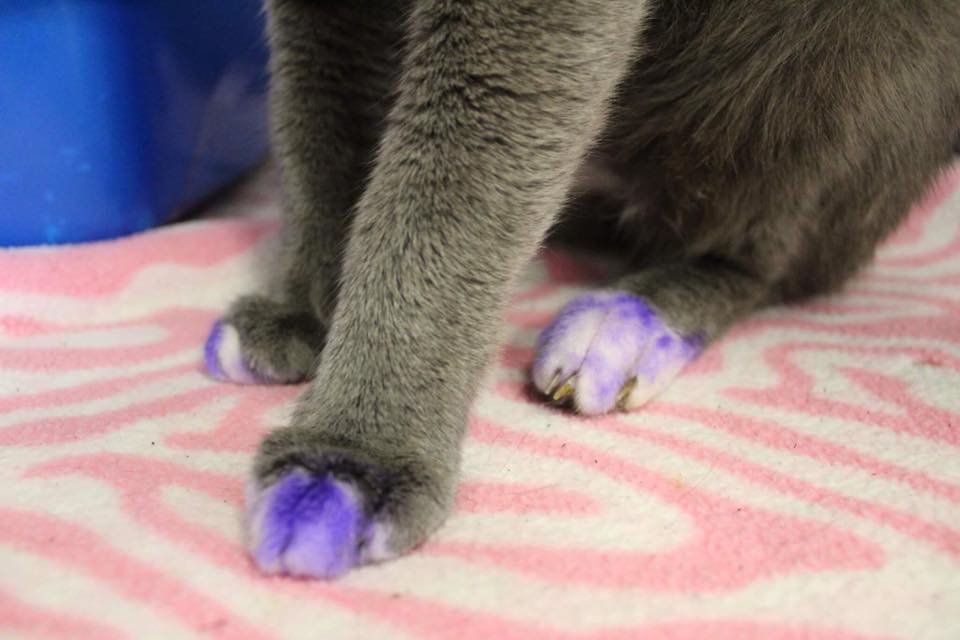 As a seasoned animal rescuer, Sorbara sadly knew what this likely meant. The cat was most probably used as 'bait' in dog fighting. She explained in a Facebook post:

Dog fighters use markers to color the white parts of cats and kittens so they can bet on which color will die first […] This is cruelty at its worst.

The feline was incredibly lucky to escape this cruel practice. Judging from his physical condition, which seemed to be ok, rescue workers assume that Mr. Purple Paws was somehow able to get away before any fights began. 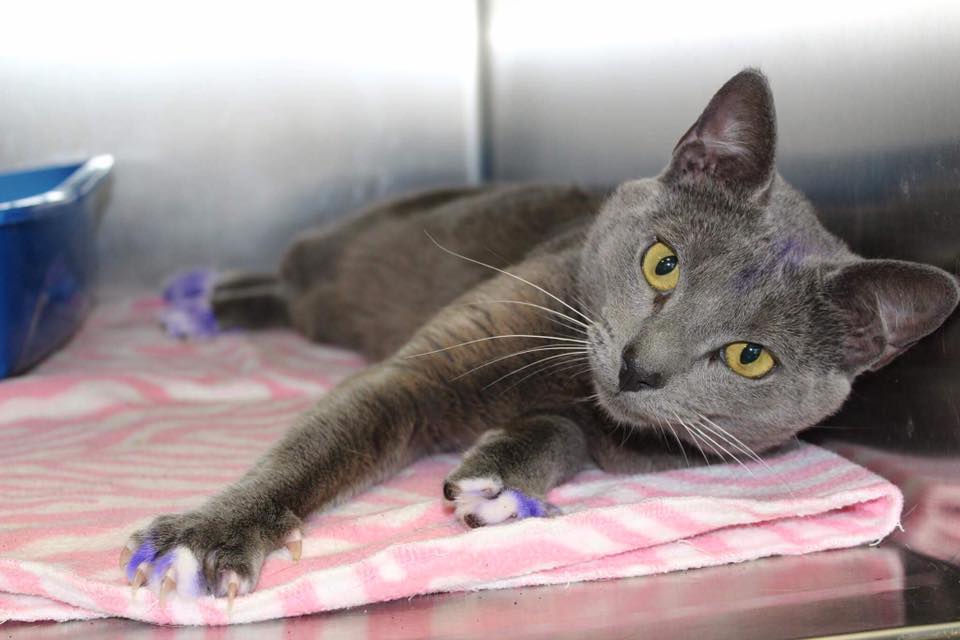 I consider myself pretty hardened to a lot of stuff, I have dealt with a lot of injured, emaciated, neglected and abused animals but this one really got to me. 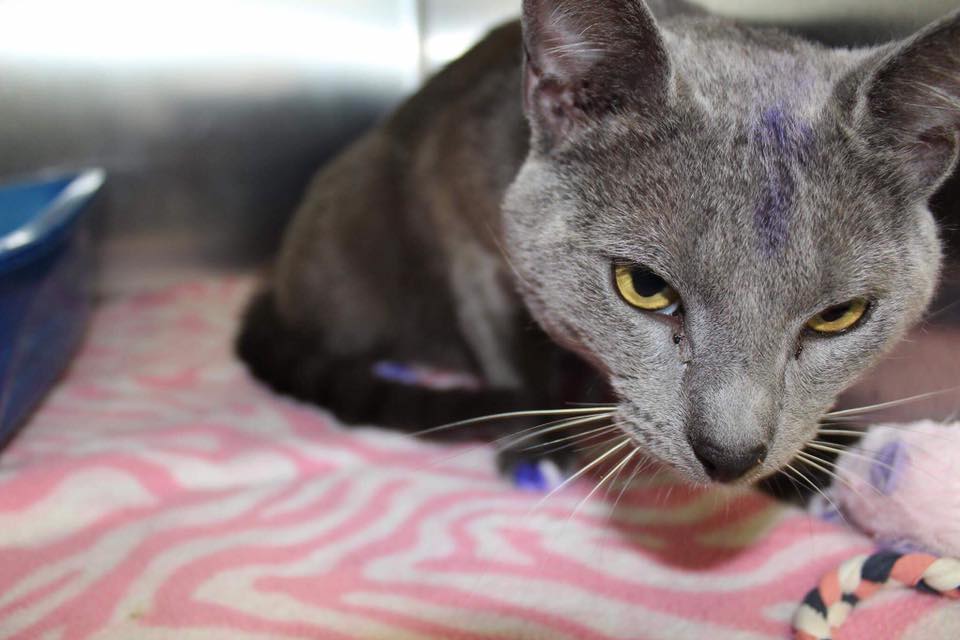 Fortunately, the adorable cat is now getting all the love and care that he needs at the Naples Cat Alliance and will stay there until he is adopted and can move onto his forever home.

To support the Naples Cat Alliance and help them to continue their amazing work, you can make a donation by clicking here.