No front legs? No problem! That's the message that Able wants to send to everyone. 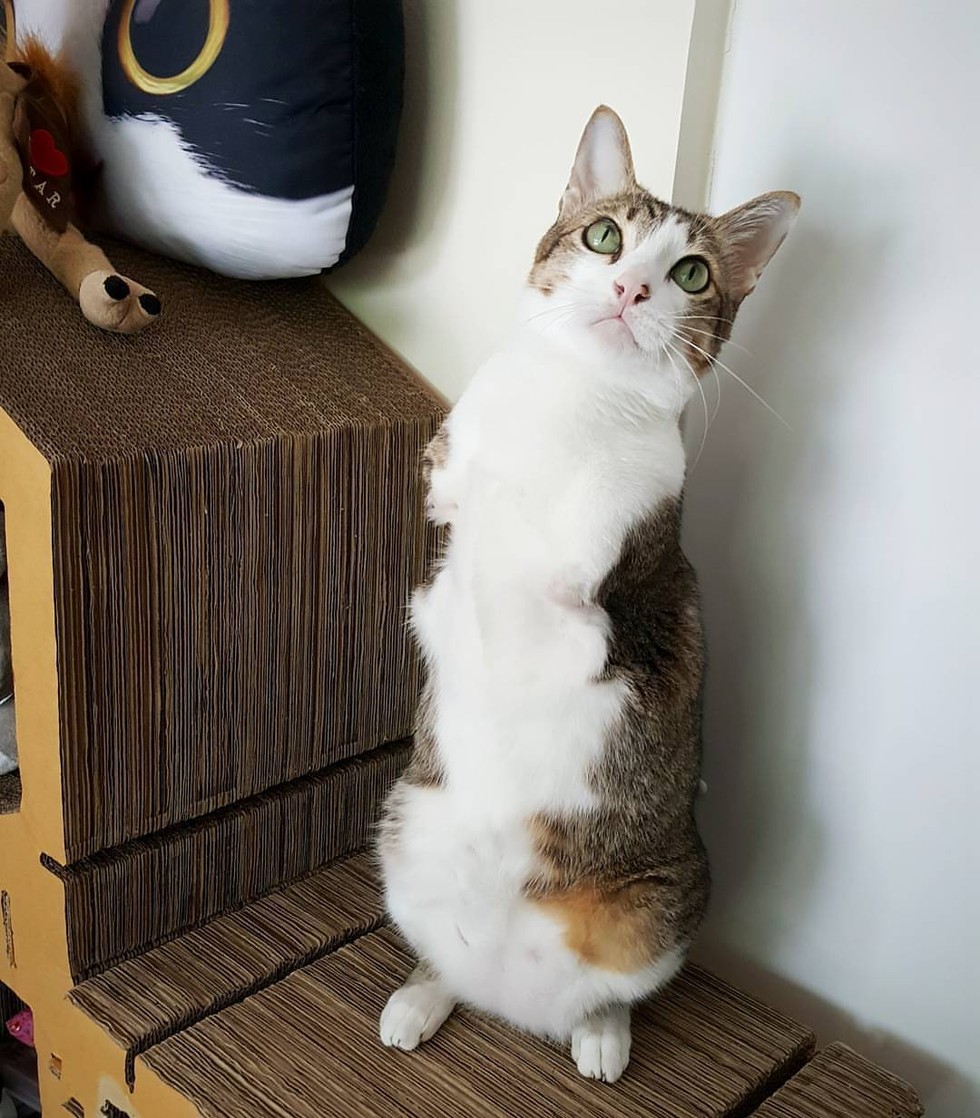 A few years ago, when he was a stray in the streets of Bangkok, Thailand, the handsome feline fell into an electric transformer. Severely electrocuted, Able survived thanks to a passerby who immediately took him for help. 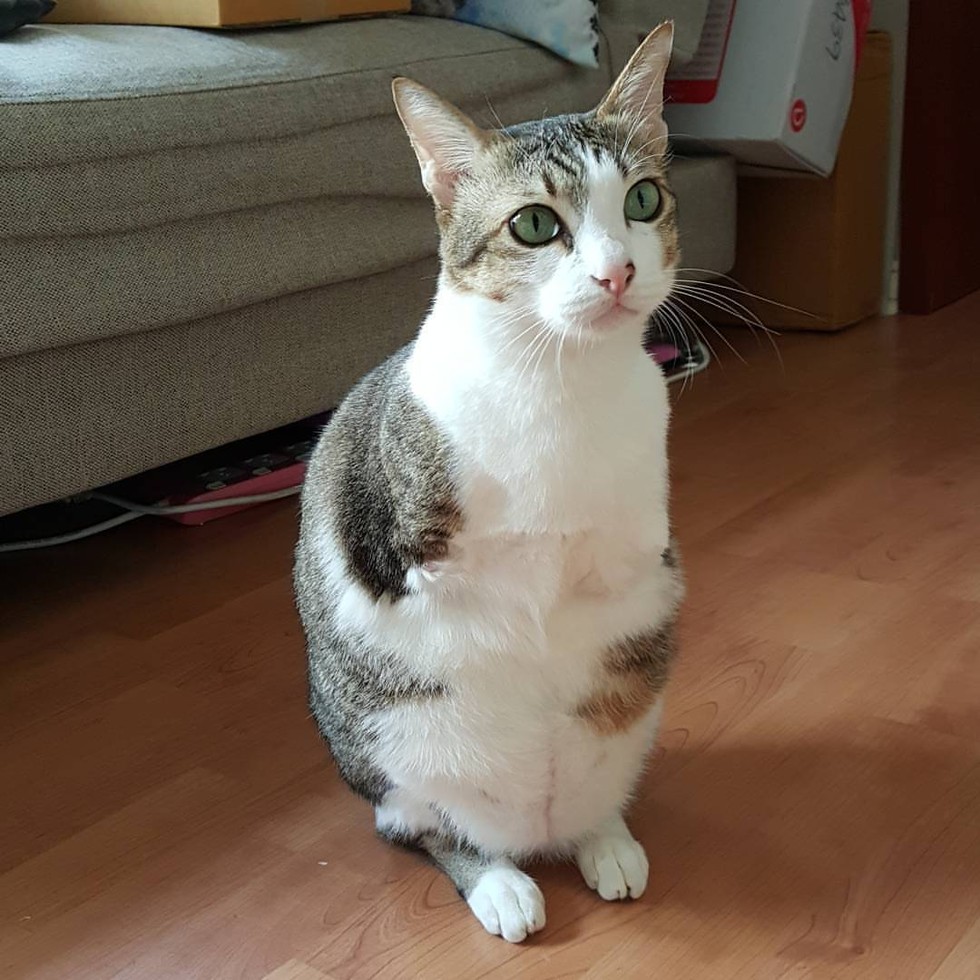 The tragic accident left the feline without his two front legs, giving him the look of a mini T-Rex… And against all odds, Able will never let his handicap stop him from living a normal cat life. 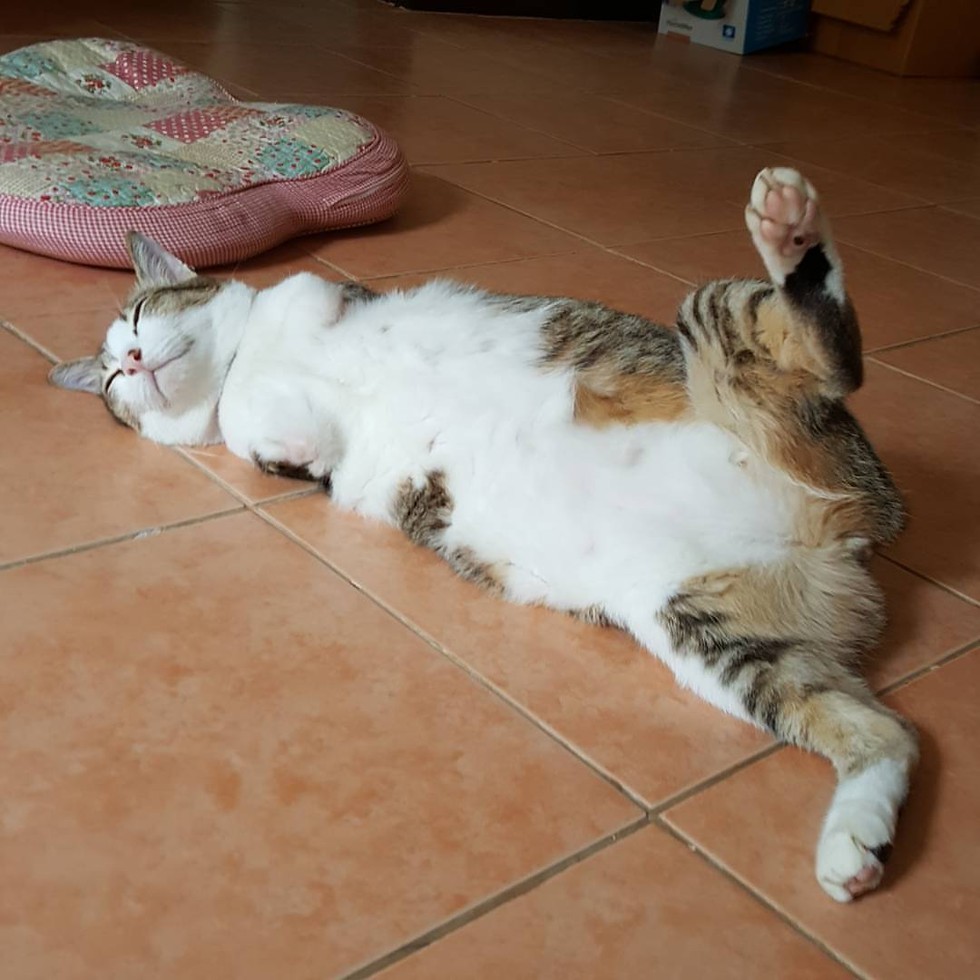 Of course the beginning wasn't easy. The first couple weeks, Able's hind legs were too weak from the shock, but quickly, the green-eyed cat adapted to his new body and found his balance. His hind legs are progressively improving in strength, allowing him to move in a rapid and sure fashion. 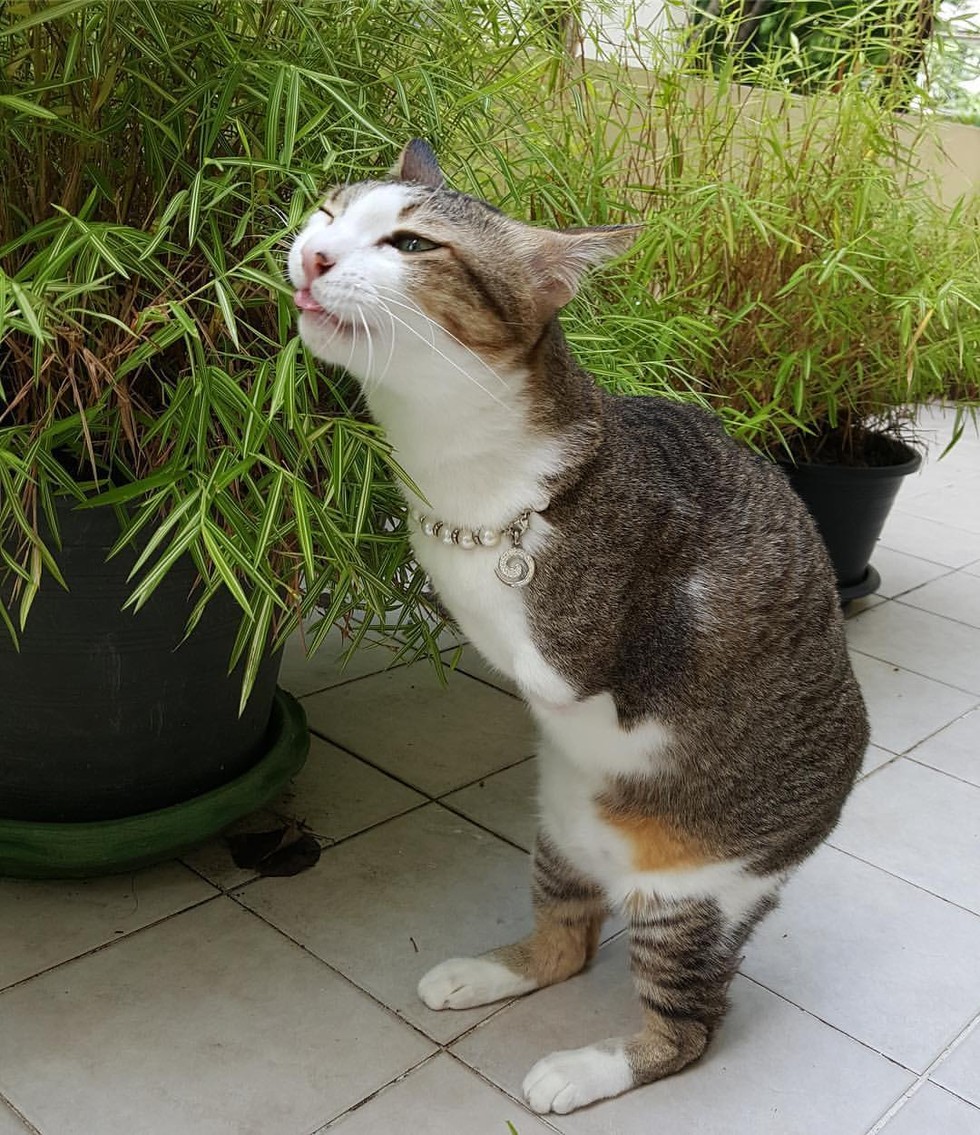 Able has since learned to walk, run, jump – to impressive heights – and even to climb. Like a kangaroo, he bounces around with incredible agility and is now as independant as any other feline.

For the little miracle, things have only improved. His adoptive family just found him a sister named FinFin, who also suffers from a handicap, and can't use her back legs. This improbable duo understands each other perfectly. 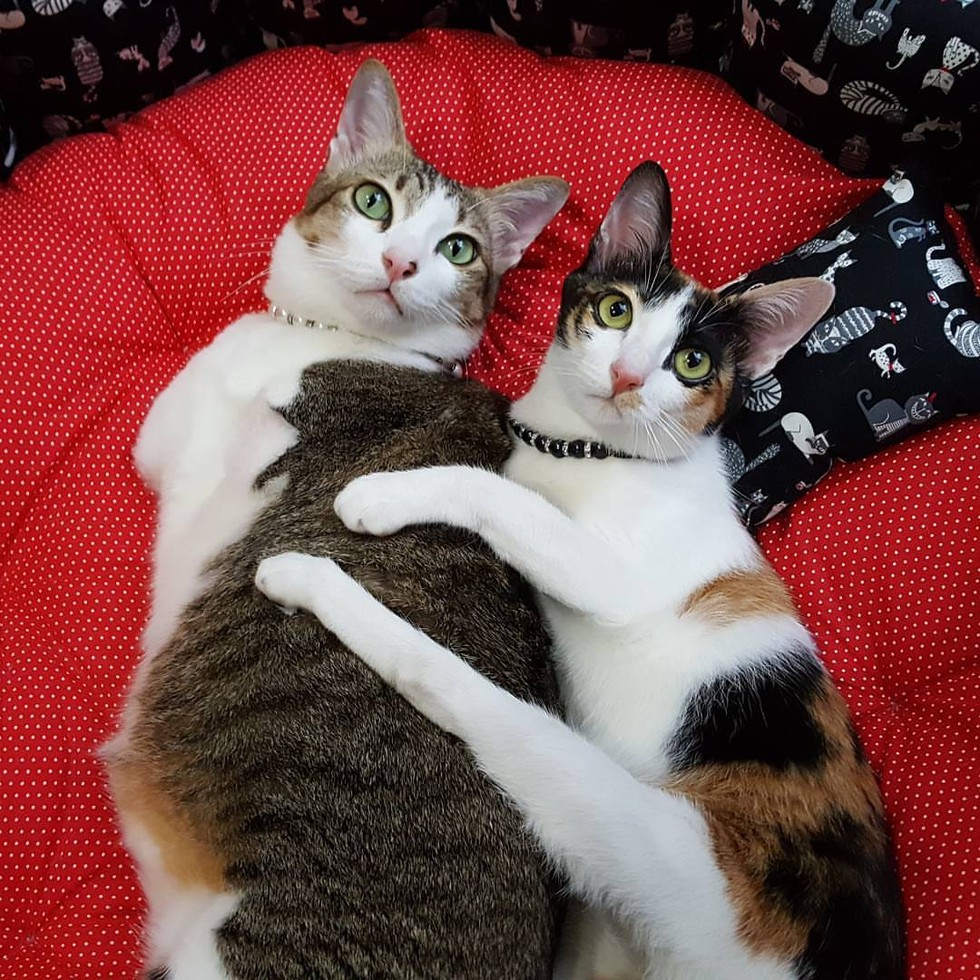 Admired for their extreme resilience by all the humans who've met them, Able and FinFin have become famous on social media, where there daily adventures are followed by thousands of people!

Watch the video of the adorable felines below.