For an indoor cat, Zion sure gets around! On October 29, the adventurous black kitty managed to escape her home in Los Angeles, California and get stuck 100ft up a cliff!

She ran off after becoming scared during a house party and started to climb the nearby cliff, before becoming trapped and unable to get down. Her worried family called Los Angeles Animal Services, who in turn sent the Specialized Mobile Animal Rescue Team (SMART) to get Zion out of her sticky situation. 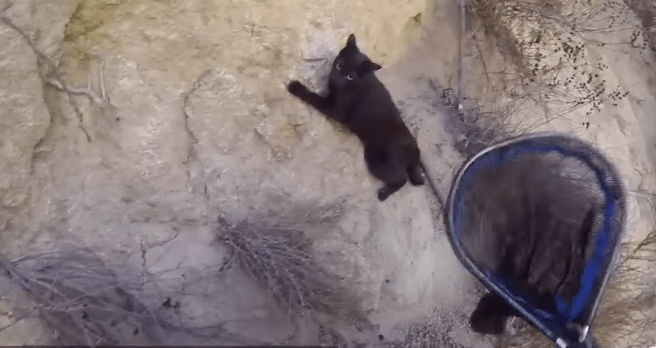 Armed with nets and climbing gear, the team rappelled down the cliff side to where Zion was stuck, yowling pitifully. Unfortunately, the large nets and strange people panicked the plucky feline and she was quite uncooperative with his rescuers.

Nevertheless, they eventually managed to get her safely in a net, carrying him back to the ground and his relieved family. 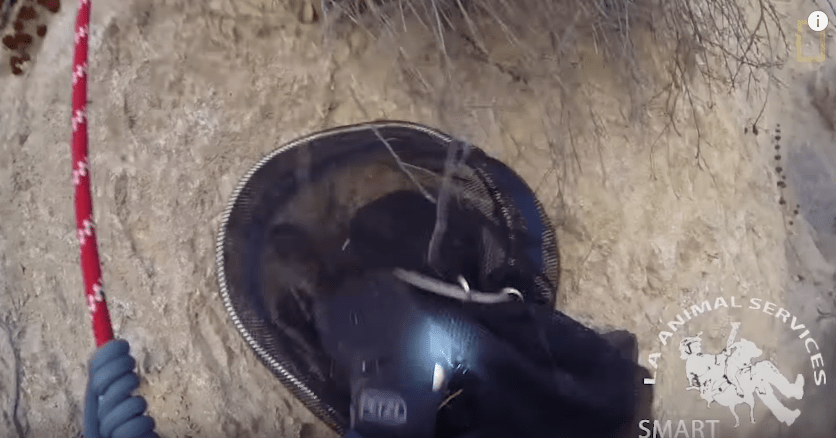 The award-winning SMART team is a well known part of the animal protection scene in Los Angeles, having been the subject of a 2016 documentary and also boasting a 100% success rate with their rescues!

They were set up in 2012 to rescue animals in distress from particularly difficult spaces. According to their page, their rescues include:

[a] stray cat stuck in a tree for 5 days, a hawk with a leash on its leg entangled on a TV antenna, an unweaned kitten trapped between two walls for 4 days, a fox in a tree at a school under lock-down, a cat stuck in a storm drain, a dog that fell over a fifty foot cliff, and a cat stuck in the LA River. 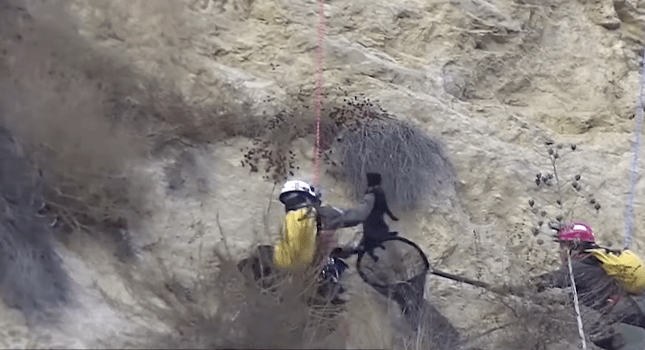 As one of the team members who rescued Zion, Annette Ramirez, said in the documentary about SMART:

We’re the last line—if we can’t do it, no one can. We haven’t walked away from a rescue yet.