In mid-July, a cat was saved from a painful death in an extremely unusual way. After accidentally eating antifreeze, which is toxic for both animals and humans, he was rushed to a veterinary hospital run by the Australian RSPCA. 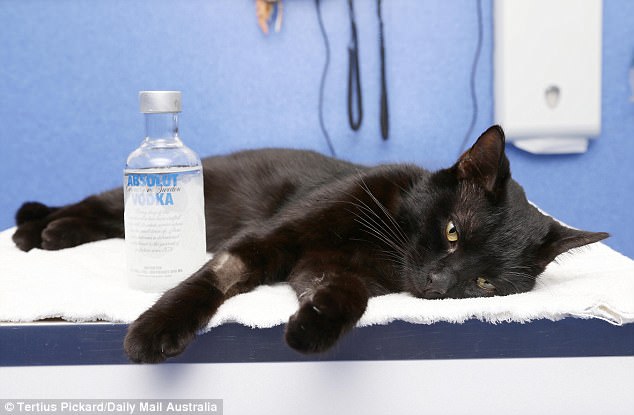 He was in a critical state, with a low chance of survival when he was brought in. Sarah Kanther, a veterinarian at the hospital, said:

He couldn’t stand, he couldn’t lift his head, he was hypothermic, he was having convulsions, and really having trouble breathing.

The feline was already suffering from renal failure, so time was of the essence. With very little time to save him, they decided to try something a bit unorthodox. They gave him an IV drip; an IV drip full of vodka. Sarah Kanther explained:

It just so happened that one of our nurses had a bottle of vodka laying around, so we were able to administer it just in time to save his life. Basically once you put the alcohol into his blood it metabolizes that instead, and gives the antifreeze time to pass in a less toxic form. 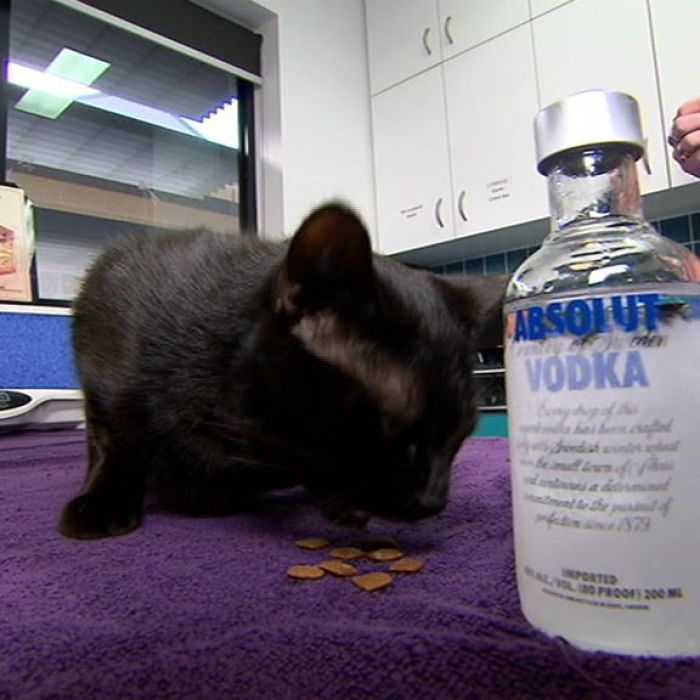 After a few hours of rest and the equivalent of a small glass (20 ml) of vodka, the little cat was already looking much better. The vets named him Tipsy, as a funny reminder of how his life was saved.

Unfortunately, no-one has come to claim Tipsy, who was found in distress on the street in Brisbane and didn't have a collar, or a microchip. In the meantime, he has been put in foster care, where he can recover and wait for a loving family to adopt him. 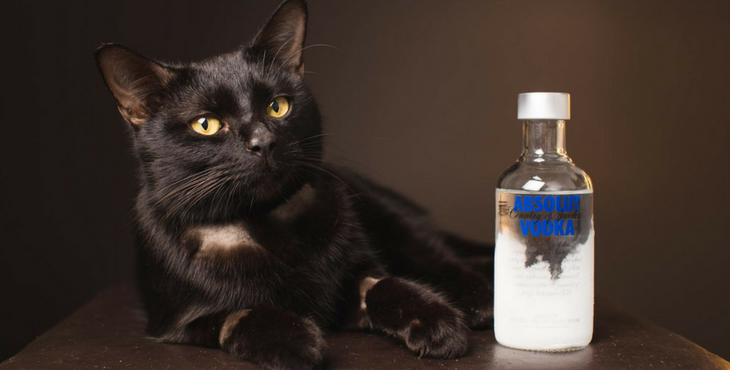 Although vodka proved to be Tipsy's savior in this case, it is a very bad idea to give any form of alcohol to an animal. If your pet consumes antifreeze, please take them to a veterinarian immediately, as they will know best how to save your pet.

To learn more about what household objects are poisonous to your pet, click here. Remember, in an emergency, every second counts and it is always a good idea to familiarize yourself with the symptoms of poisoning.