This Canadian couple demonstrated just how much they love cats when they tied the knot on May 18 of this year, in front of over 1,000 feline friends.

For Dominic Husson and Louise Véronneau, there was only one obvious choice when it came to finding a place to get married: the Cat House on the Kings, the biggest no-cage and no-kill sanctuary and adoption centre in Parlier, California. 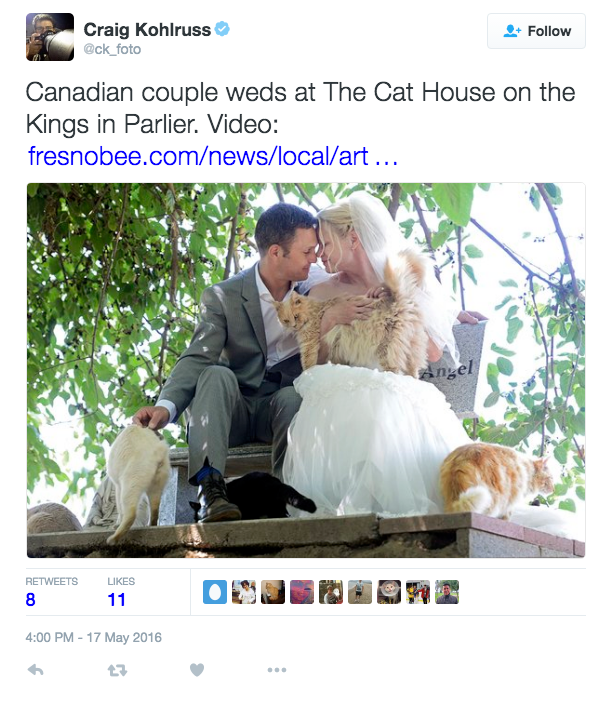 The couple were united by their passion for animals, and wanted to celebrate this special bond. Véronneau told KSEE24 News: "These are the basics of our relation, our love for animals."

So what better place than the Cat House on the Kings? 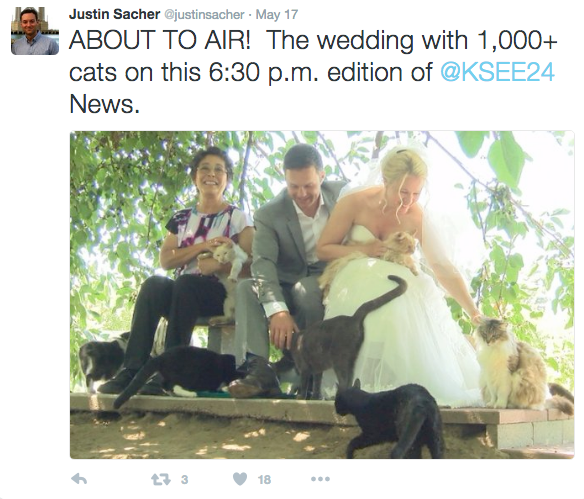 They travelled from Montreal, Quebec, to California. It was Husson's first experience of the sanctuary but Véronneau knew it was the right place for her, having visited the sanctuary in 2012 and admiring the work of its founder, Lynea Lattanzio, ever since. 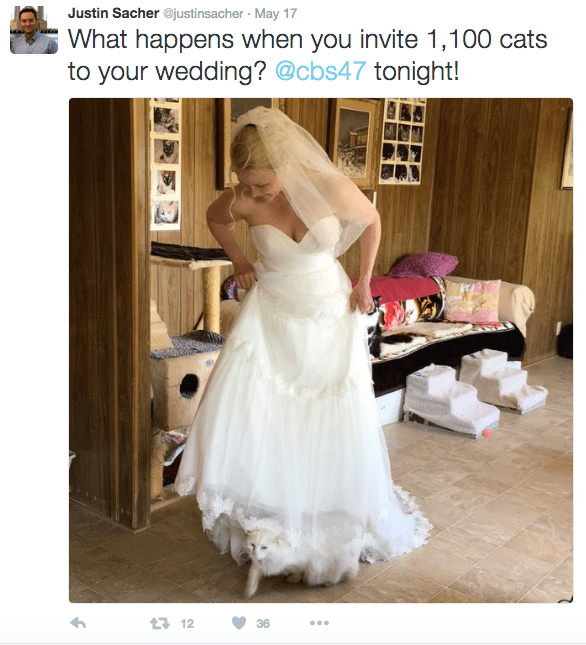 For the wedding, the first one to take place at the sanctuary, Lattanzio even got ordained so that she could marry the couple herself! This would be a truly special celebration. 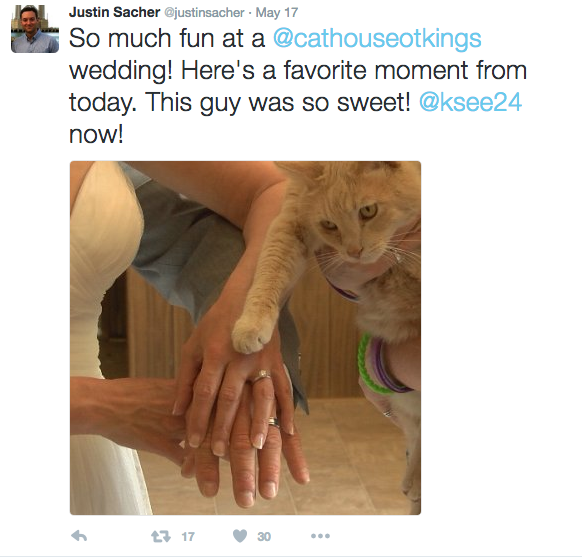 Harvie Schreiber from the Cat House on the Kings told Love Meow:

During the ceremony, the kitties either watched, or were busy rubbing up against legs for attention – Lynea's legs, the bride and groom's legs…They always want to be part of what's going on. They are curious and nosy!

The couple didn't ask for wedding gifts, but instead for donations to be given to the Cat House on the Kings. 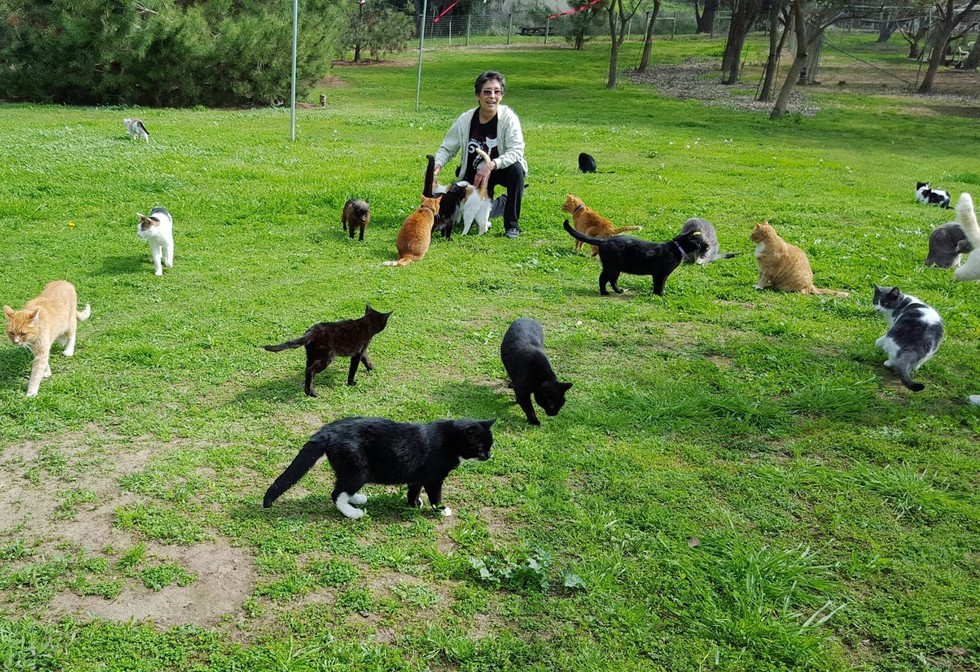 If their story has inspired you, you can donate to the Cat House on the Kings here.